Kealy and Stolarski commit to College Swimming
cadams
May 12 2017 5:38 PM
Share to FacebookShare to TwitterShare to LinkedInShare to PinterestShare to EmailPrint this page 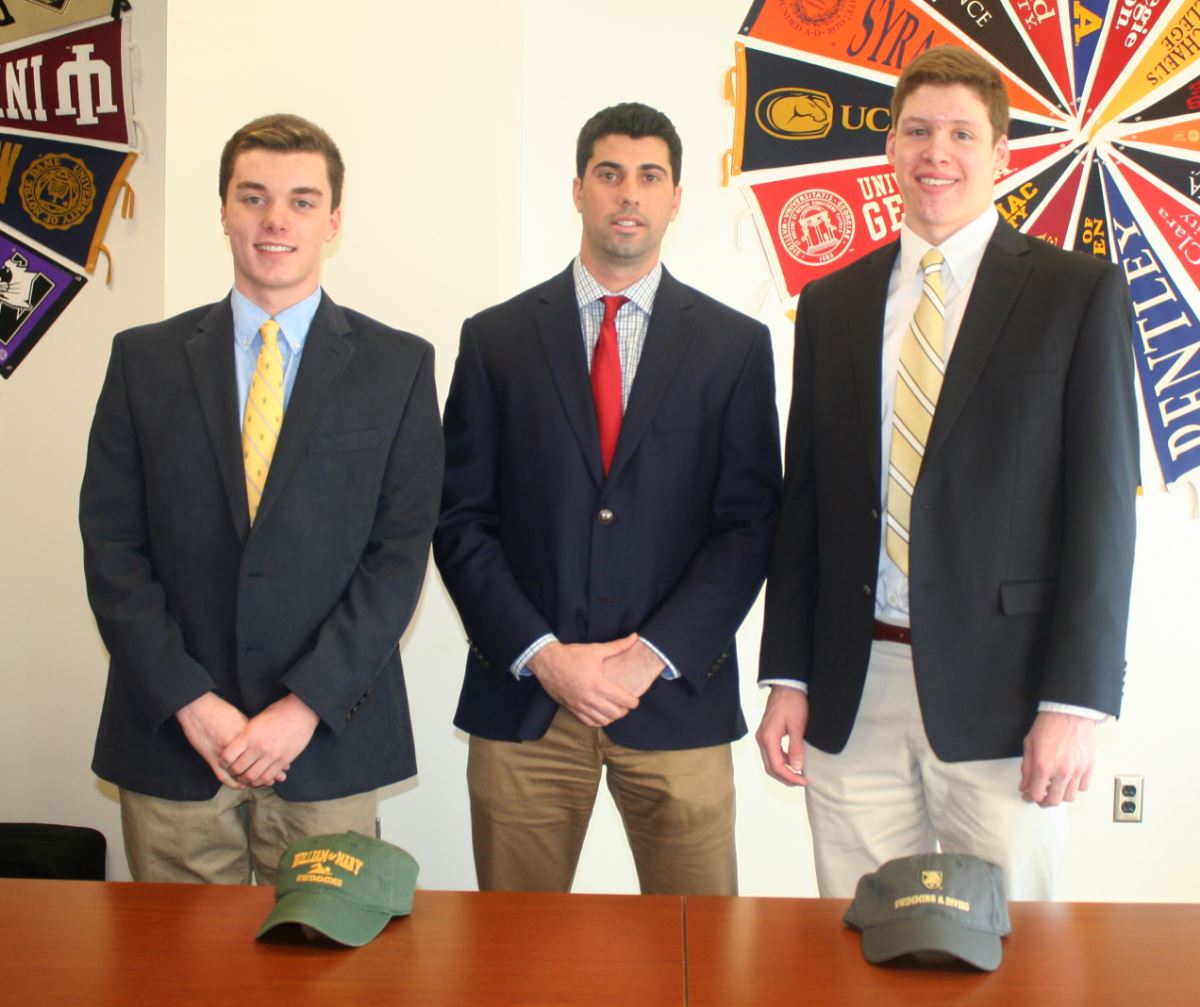 Fairfield Prep proudly announces that by their strong character, academic success, and athletic efforts, seniors Jake Kealy and Sean Paul Stolarski have earned the opportunity to compete in the sport of Swimming while achieving their college degrees.

Jake Kealy, a Wilton native, is a nationally ranked swimmer and one of the best backstrokers in the country. He holds a Connecticut State record in the 200 yard backstroke, and was the Long Course YMCA national champion in the same event in 2016. At 2017 YMCA National Championships Jake placed 3rd in the 100 and 200 yard backstroke, and 7th place in the 200 IM. Jake has been a member of the Connecticut Swimming Top 16 since 2013, and has risen to the very top in a very competitive sport. In addition to his swimming achievements, Jake has extensive community service experience. He has been volunteering at the Waveny Lifecare Network since 2014, and has also participated in the Ecuador Immersion trip with Fairfield Prep. Jake has been “Swimming Across America” to raise funds for cancer research for the last five years. He is also a stalwart volunteer for Meals on Wheels and has raised funds for Stroke Awareness and Multiple Myeloma. Jake spends more time in the water than he does on land, and his commitment to service is truly amazing. Jake will be attending the College of William & Mary in the fall, and will undoubtedly make his presence known in the pool and in the community.

Determination and drive are two qualities which characterize Sean Paul Stolarski well, made clear in his life as a student, as a young man and as an athlete. Sean Paul is a striver; a young man, achieving academic honors each year and qualifying for the National Honor Society. Sean Paul’s career as a swimming athlete parallels his academic rise as he has improved with each year. As a sophomore he was All State in the 4 X 100 relay and helped the Prep team qualify at the State Open. During sophomore year Sean Paul swam full time for the Westport Water Rats where he is a member of the national team. At the Connecticut Senior Championships he was a three-time A finalist and achieved a 3rd place finish in the 100 yard free style. Sean Paul has also found time in his life to exercise care for others through a variety of service commitments. He assists classmates through the Peer Tutor program and reaches out to the local community in serving at an inner city after-school program and at a local nursing home. He has also participated in Swim Across the Sound, which raises funds to support cancer patients. Sean Paul lives and achieves with great desire for personal excellence, and will continue to do so at the United States Military Academy at West Point. He is a Weston resident.