Seven great athletes, coaches inducted into Fairfield Prep Athletic Hall of Fame
rderosa
Jun 5 2018 4:55 PM
Share to FacebookShare to TwitterShare to Google+Share to LinkedInShare to PinterestShare to EmailPrint this page 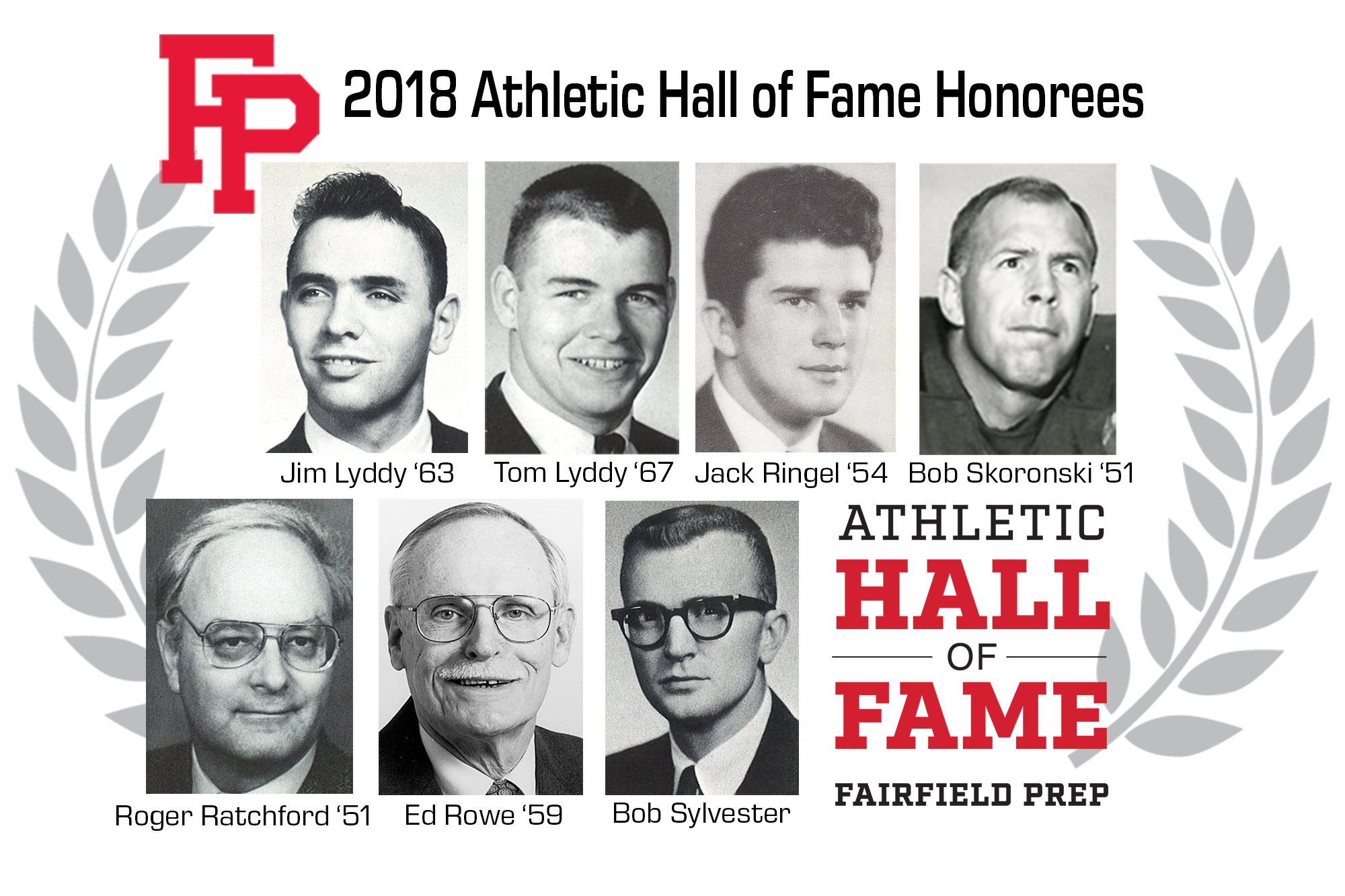 Fairfield Prep honored seven of its former athletes and coaches at its 2nd Annual Athletic Hall of Fame in front of a crowd of more than 300 on June 1, 2018.

Alumni, family and friends enjoyed tributes to all of the honorees, and Traug Keller '78, P'11, '17 (SVP, ESPN) served as Master of Ceremonies.

View a slideshow of the event.

Bob Skoronski was the first Prep graduate to play in the NFL. The left tackle and offensive captain for the Packers under legendary coach Vince Lombardi played 11 seasons, all with Green Bay, and was a member of the first two Super Bowl winning teams in 1967 and 1968.

The 6-foot-1, 185-pounder was one of Prep's earliest two-way stars, talented enough to play four seasons of varsity football and baseball. Ringel was a co-captain of the Jesuits' first undefeated and untied football team (8-0) under Coach Tom Seymour in 1953 and an All- District fullback for two years.

In a stellar career that spanned 40 seasons from 1966 to 2005, Ratchford racked up nearly 700 wins as Varsity Golf Coach, and presided over five state championship teams.

Head Coach for the 1969 State Championship Basketball Team, Prep's rst state title. Bob coached the Jesuits for 16 seasons and quali ed for the CIAC postseason in 14 of them. Bob was inducted into the New England Basketball Hall of Fame in 2006.

At the time of his graduation, Lyddy was Prep's all-time leading scorer with 1,308 points and was rst team All- MBIAC for two seasons. Gentile's High School Basketball preseason publication in 1962, proclaimed Lyddy the top-rated player in Connecticut.

Tom was a multi-sport standout while at Prep and starred as an All-MBIAC, All-State and Catholic All-American as a senior. He played third base for the Prep Baseball team and was a part of the 1966-67 MBIAC Championship Basketball team.