Seniors commit to College Baseball
cadams
May 31 2017 11:23 AM
Share to FacebookShare to TwitterShare to LinkedInShare to PinterestShare to EmailPrint this page 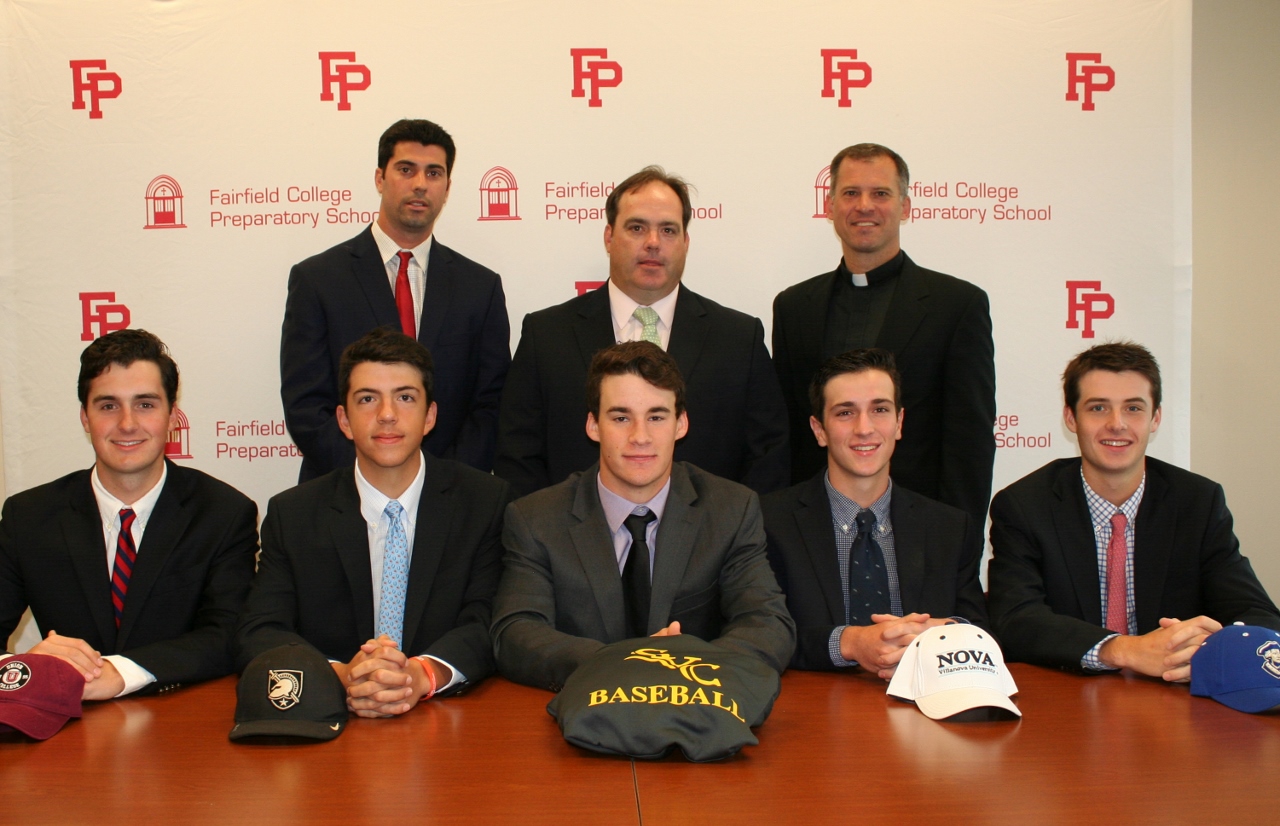 Five members from the Fairfield Prep Baseball team, which recently won the SCC Oronoque Division while also advancing to the SCC Championship game, were recognized for their decisions to attend college and continue their baseball careers. Jason Marcello, Matt Zaffino, Chris Rotondo, Karl Johnson and Charlie Hoover have all committed to play college baseball.

Chris Rotondo, who was recently recognized as All-SCC and picked to play in the Senior All Star Game, will be attending Villanova University. Rotondo is also a Magna Cum Laude student and a member of the National Honor Society. Chris volunteered at the Redding Boys and Girls Club as well as Operation Hope in Fairfield. Charlie Hoover will be attending Union College. Hoover, who is a pitcher for the Jesuits, is also a Cardinal Key Club member at Prep, participates in the Campus Ministry program, and was a speaker at the White Ribbon Campaign assembly. Hoover has completed his senior service at the XLR8 program in Bridgeport.

Karl Johnson, also a pitcher for the Jesuits, has had a banner year on the mound throwing a no hitter in the regular season, named All-SCC in 2016 and 2017, as well as earning All-State Honors in 2016. Johnson will be attending the U.S. Military Academy at West Point to pitch. Karl completed his senior service at the Kennedy Center Bowling program.