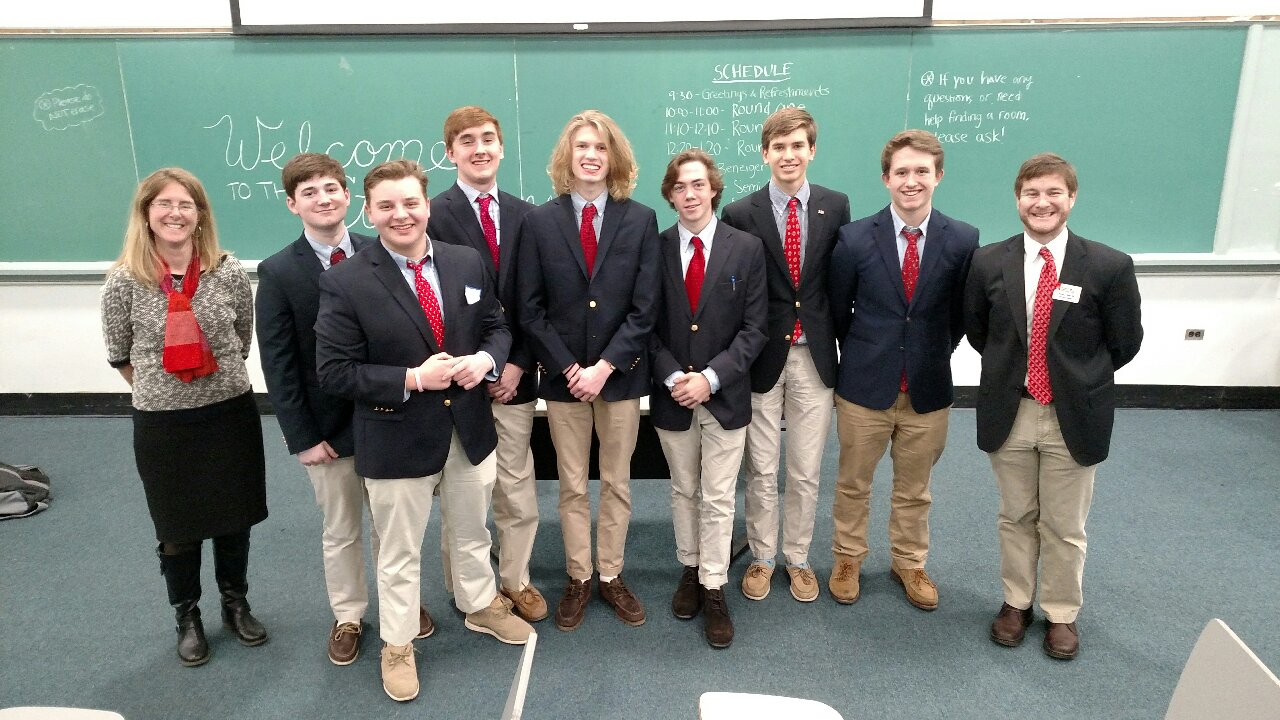 In an effort to create a willingness to solve some of the toughest ethical dilemmas that permeate society, Ms. Jackson and Mr. Kery unified members of the Philosophy Club to form the inaugural Prep Ethics Bowl Team, Hūmebaya! The team competed in a 'Regional Ethics Bowl' at Manhattanville College on February 4. The National High School Ethics Bowl website writes that the winners are determined through proper demonstration that the team has thought “rigorously and systematically about each case and engaged respectfully and supportively with all participants.”

With only one month to prepare analyses for 16 cases, Hūmebaya! held their own as they battled it out against 14 teams representing seven high schools, including Jonathan Law, John S. Burke Catholic, North Rockland, Sacred Heart Academy, and Thornton-Donovan High School. The Prep team is young consisting of mostly sophomores and juniors competing against teams dominated by seniors. Fairfield Prep lost in the Semi-Finals by only a few points. Hūmebaya! has been invited back to Manhattanville College at the end of April to participate in the Manhattanville Invitational.