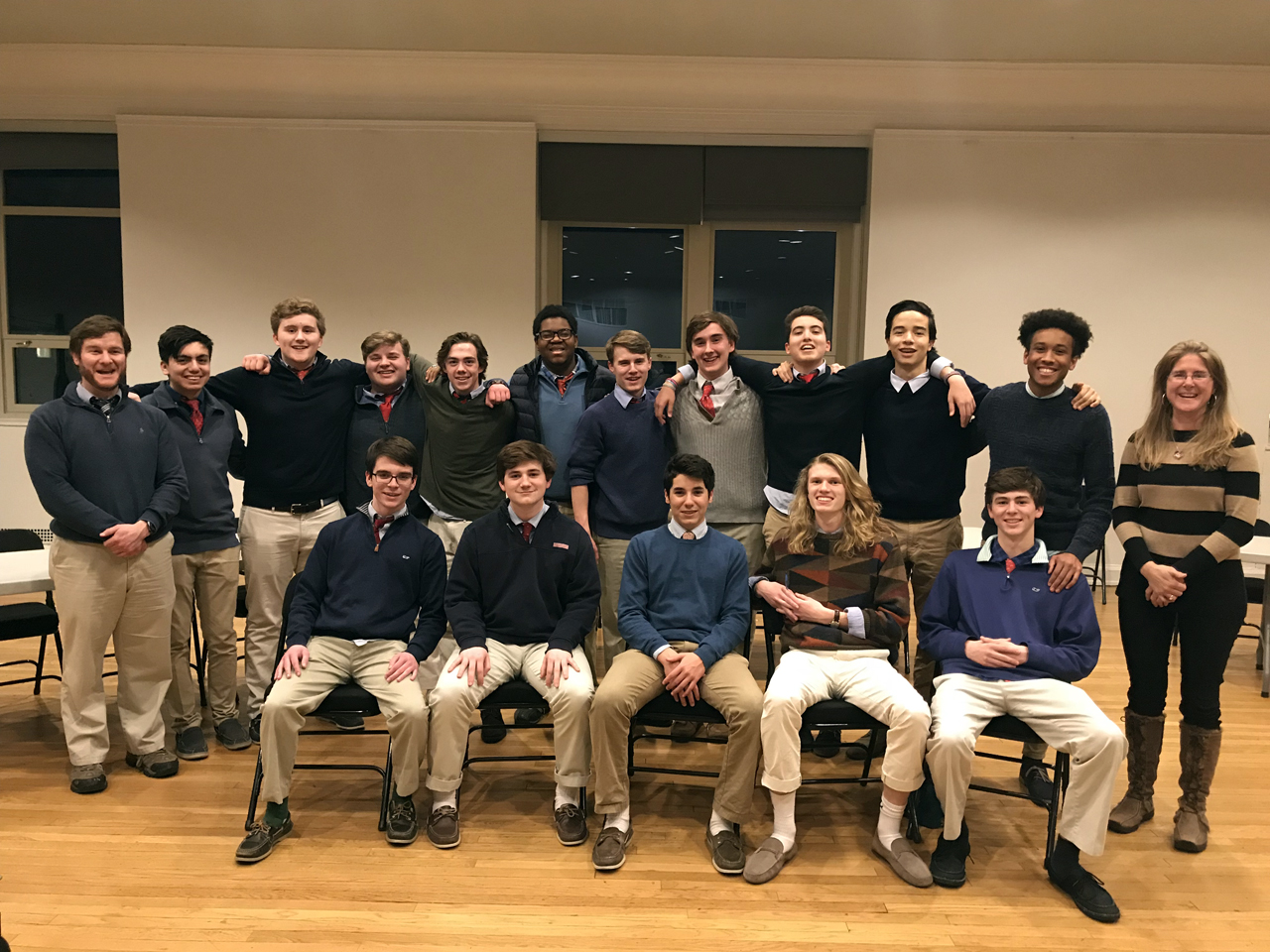 The Fairfield Prep Philosophy Club won the third annual Manhattanville College Ethics Bowl Competition on February 3. Competing against a field of ten other teams, Prep went undefeated in the preliminary rounds en route to a difficult semi-final match against Poughkeepsie High School. After narrowly advancing in the semis, Prep came back strong in the finals and edged out Thornton-Donovan High School for the top prize in the competition.

The National Ethics Bowl, sponsored by the University of North Carolina at Chapel Hill supports more than 30 regional competitions nationwide in order to narrow the field for their national competition each April. Students research and refine their arguments on moral issues that impact our society such as driverless cars and gender roles in the workplace. Matches are judged based on both the validity and sound nature of a team’s argument, as well as their ability to respond to hypothetical questions about their position. Unique from a traditional debate, ethics competitions invite young men and women to think deeply about what is the right thing to do in each given situation as opposed to simply adopting a pro or con stance.

Fairfield Prep’s team was led by Ian Greenwalt '18 and Will Richards '19, with strong contributions by Michael Hoben '18, Owen Gannon '19, Finn Mangan '19, and Eric Ochsner '19. Team Scribe Lucas Hoin '19 kept detailed notes on each match in order to help the team refine their arguments in each round. His contribution is all the more important now as the team looks toward traveling to North Carolina to compete on the national stage April 20-22, 2018.