Prep celebrates 75th Anniversary!
cadams
Mar 17 2017 7:01 PM
Share to FacebookShare to TwitterShare to LinkedInShare to PinterestShare to EmailPrint this page 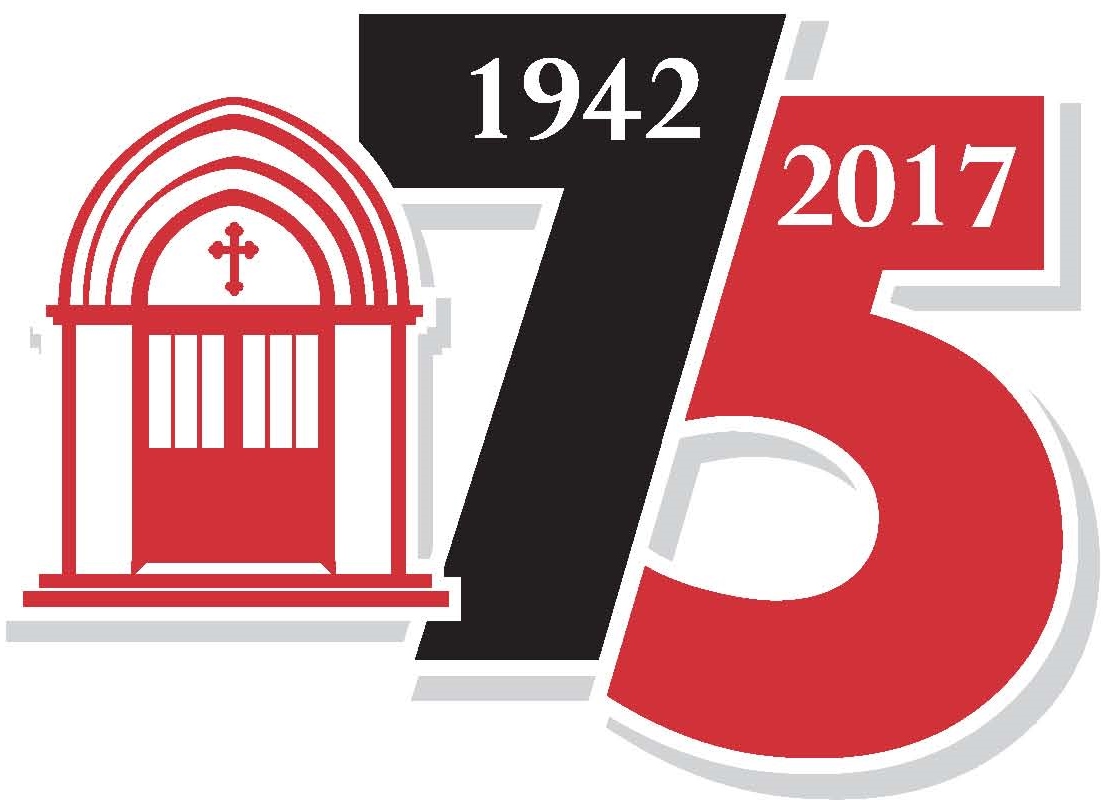 To mark Prep's Founder's Day, March 17, 1942, the school began the day appropriately with prayer and reflection led by Director of Christian Service Sarah Stanley. Next, Prep historian and beloved teacher John "Szabs" gave a brief explanation of the historical timeline of our school's founding.

A large Prep contingent of students marched in the 35th Annual Greater Bridgeport Saint Patrick's Day Parade in downtown Bridgeport. They carried banners representing our 75th anniversary. Additionally, they performed the fight song along the way to cheers from the crowd. The group was led by Prep theology teacher/moderator of the Irish Culture & Football Club Griffin Reidy '90, who was assisted by Chaplain Fr. Bret Stockdale, S.J.

Prep seniors were honored in the parade and were awarded scholarships at a lunch ceremony: Mr. Shamrock Kevin Gallagher and Mr. Shamrock Runner-Up Brennan Black. READ ABOUT AWARDS BELOW! 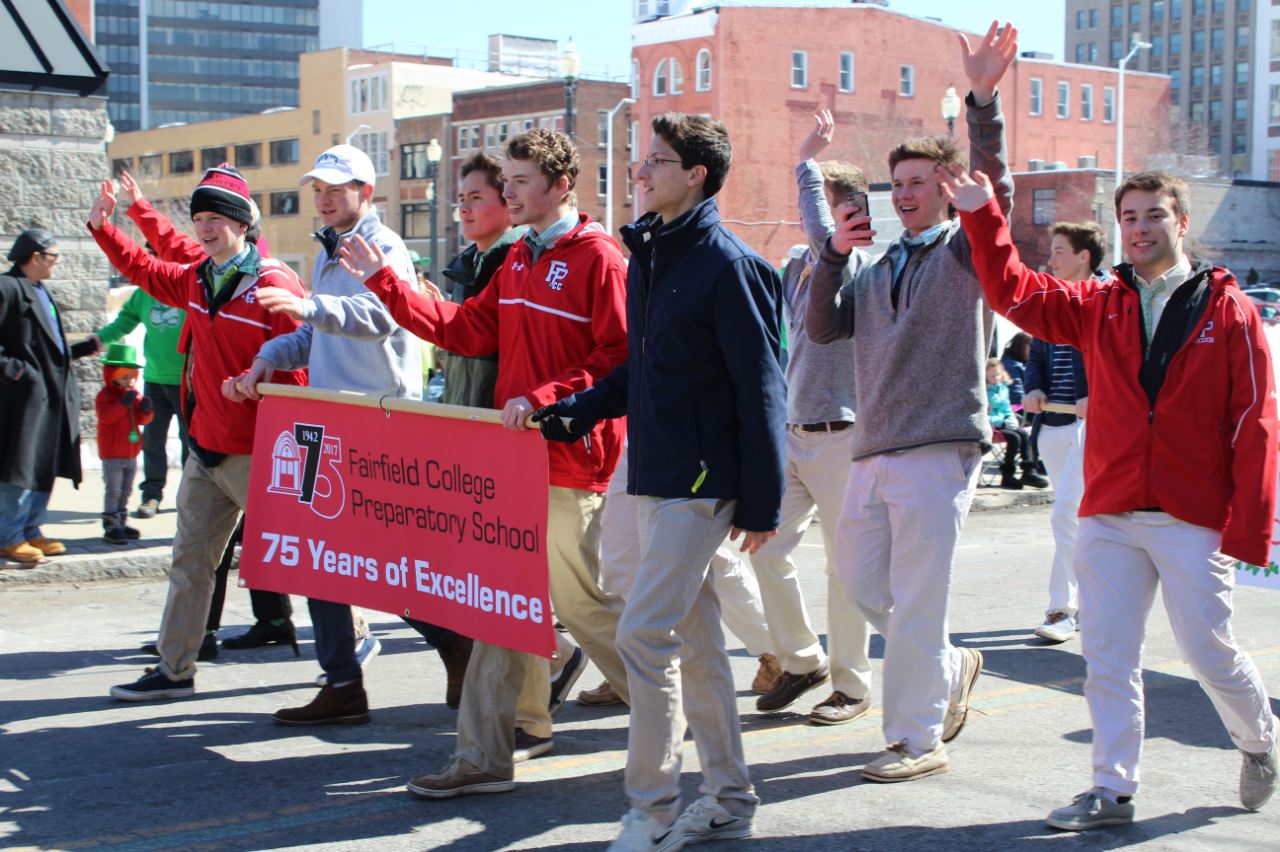 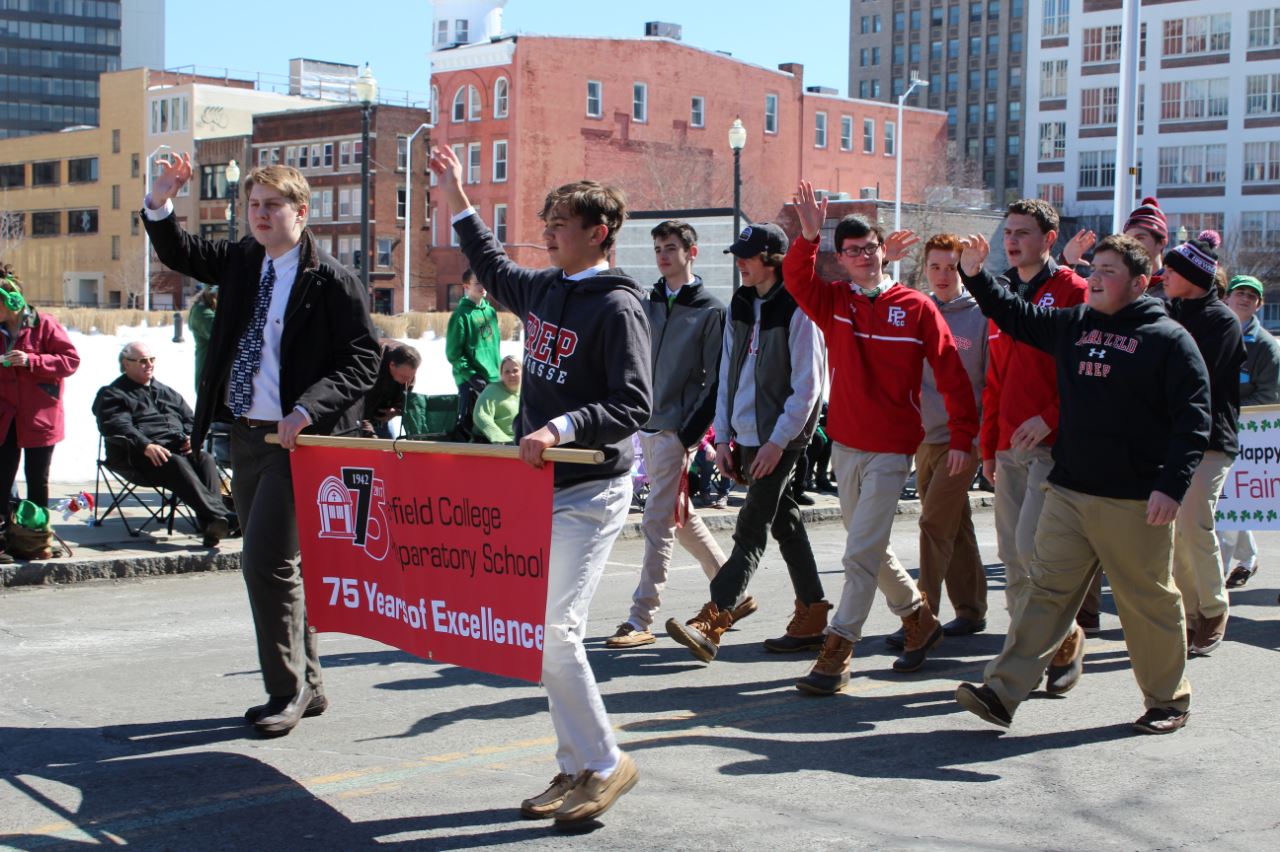 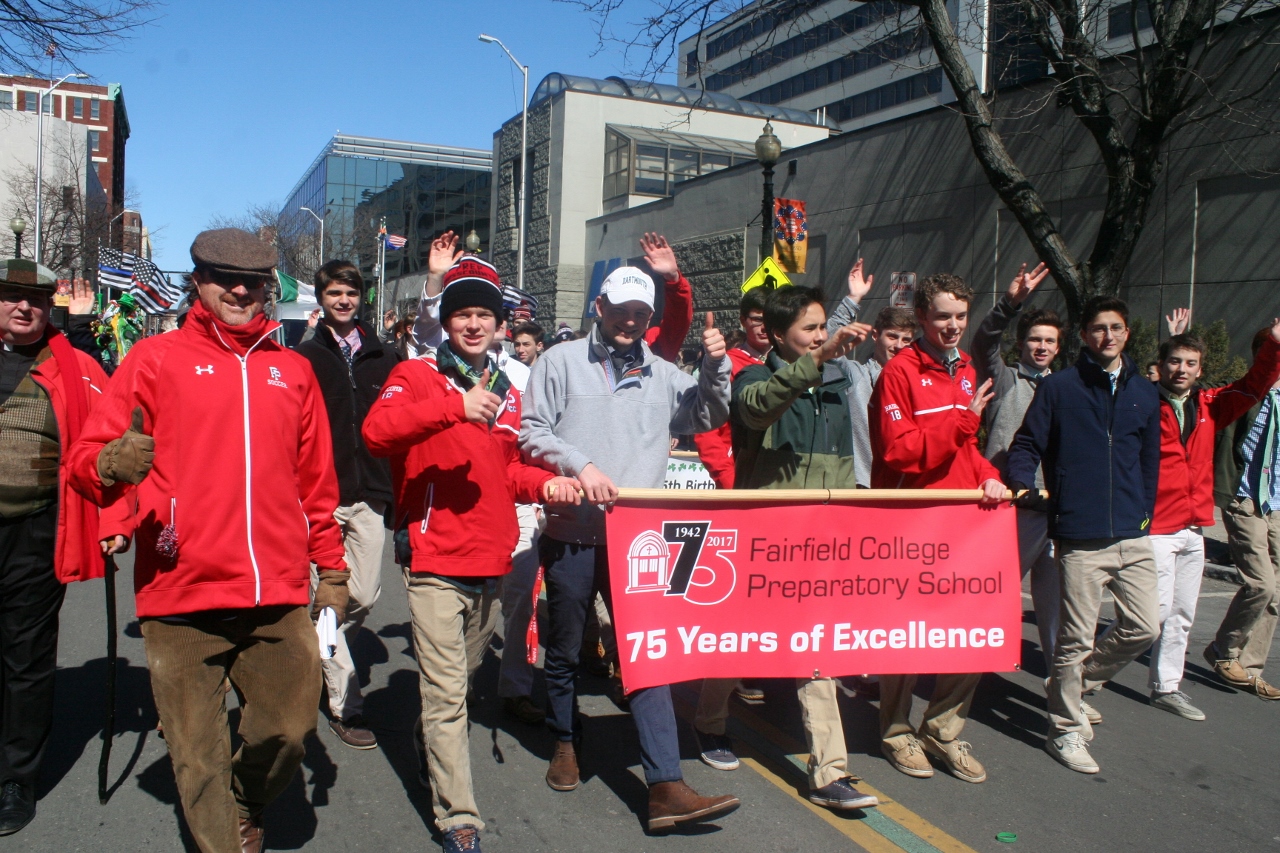 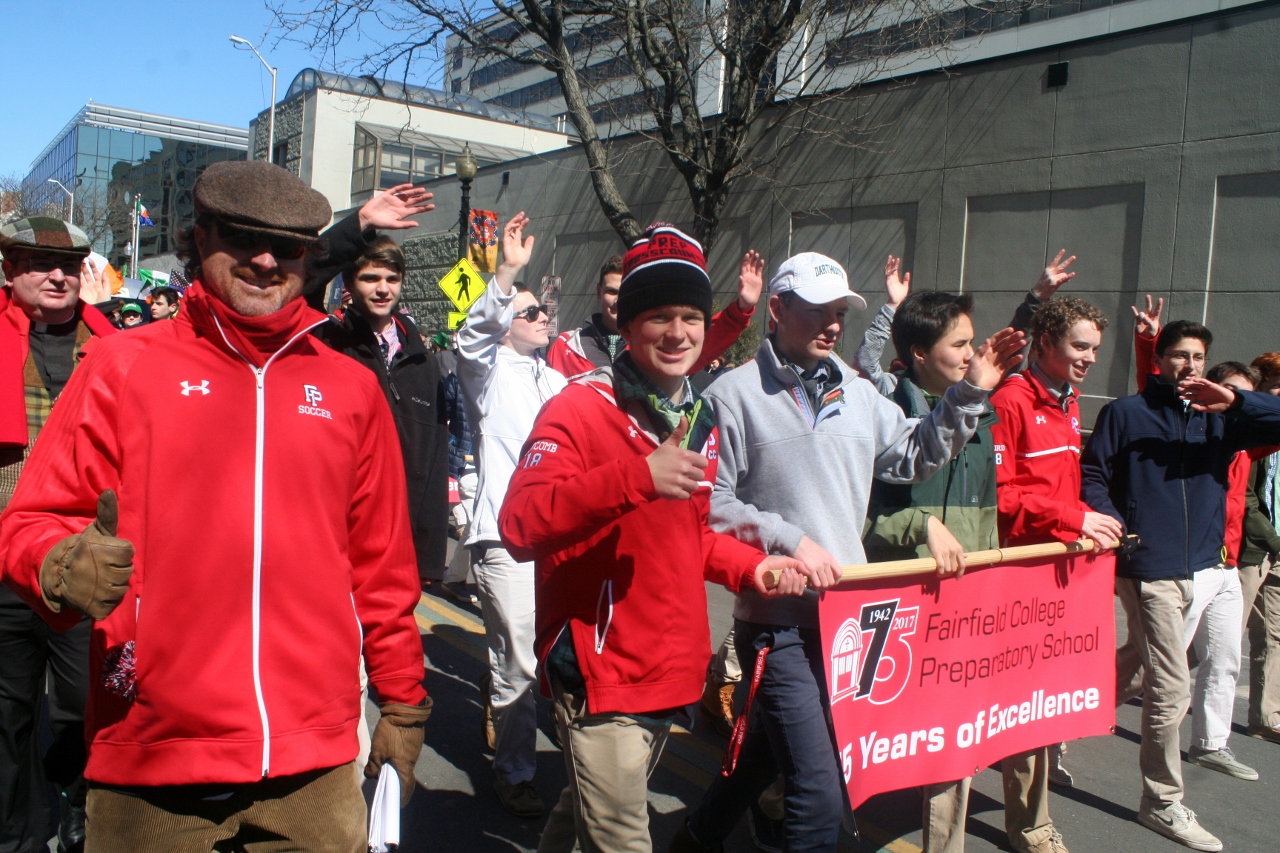 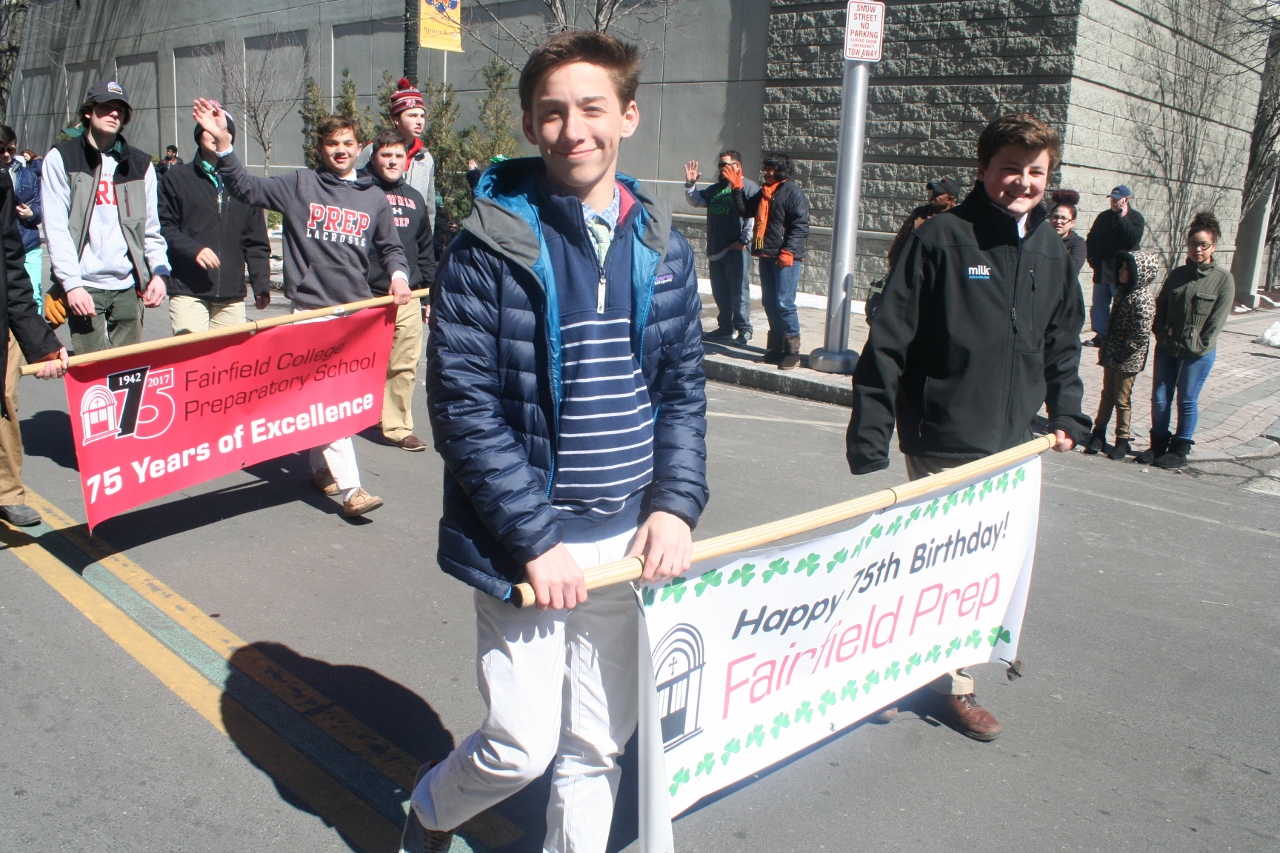 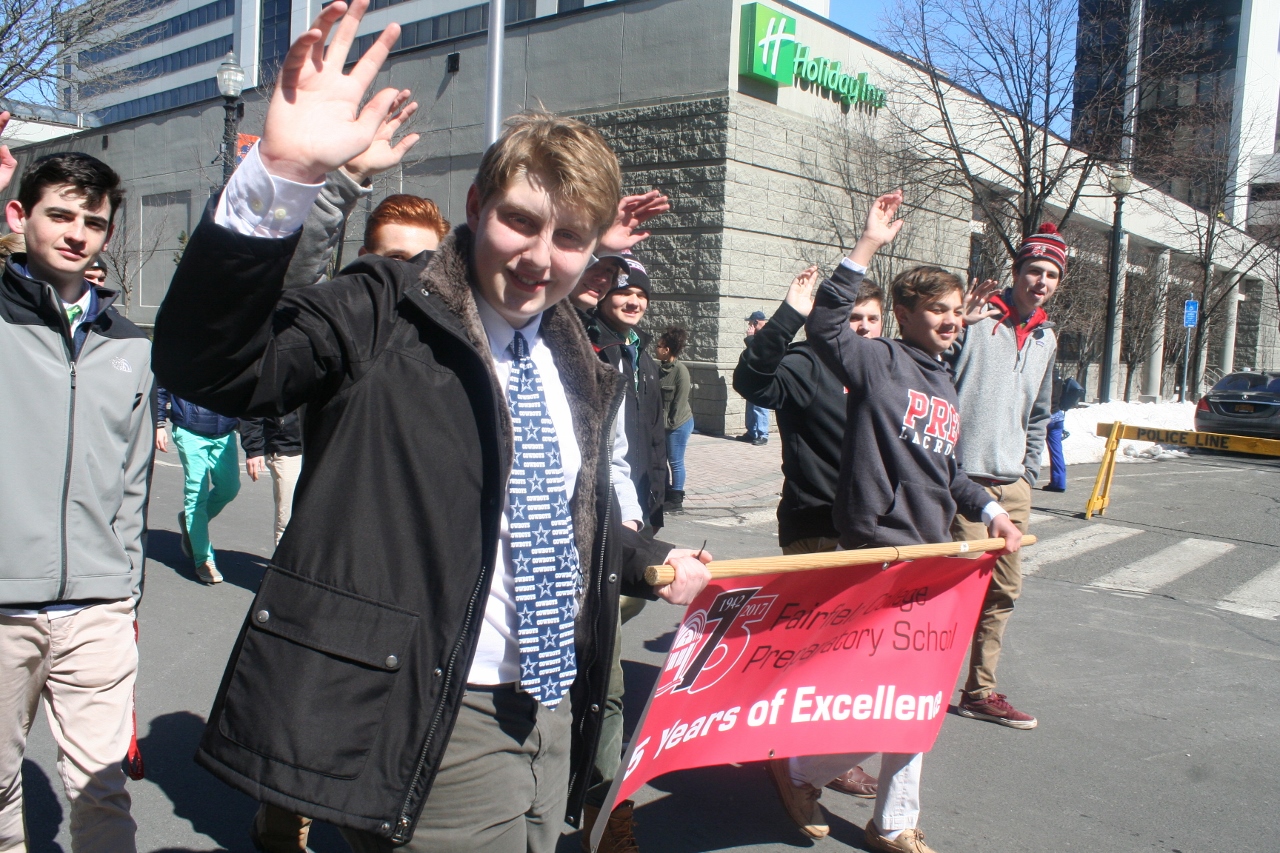 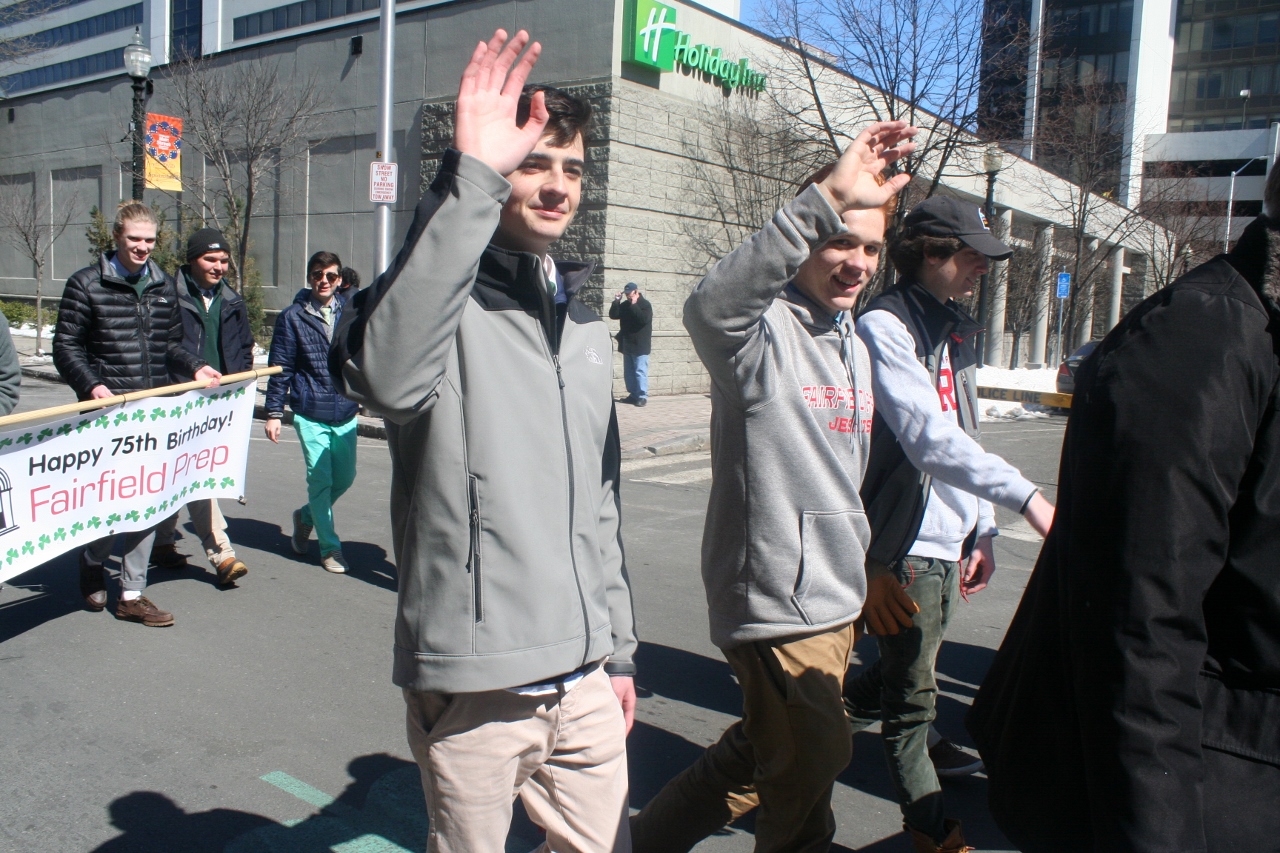 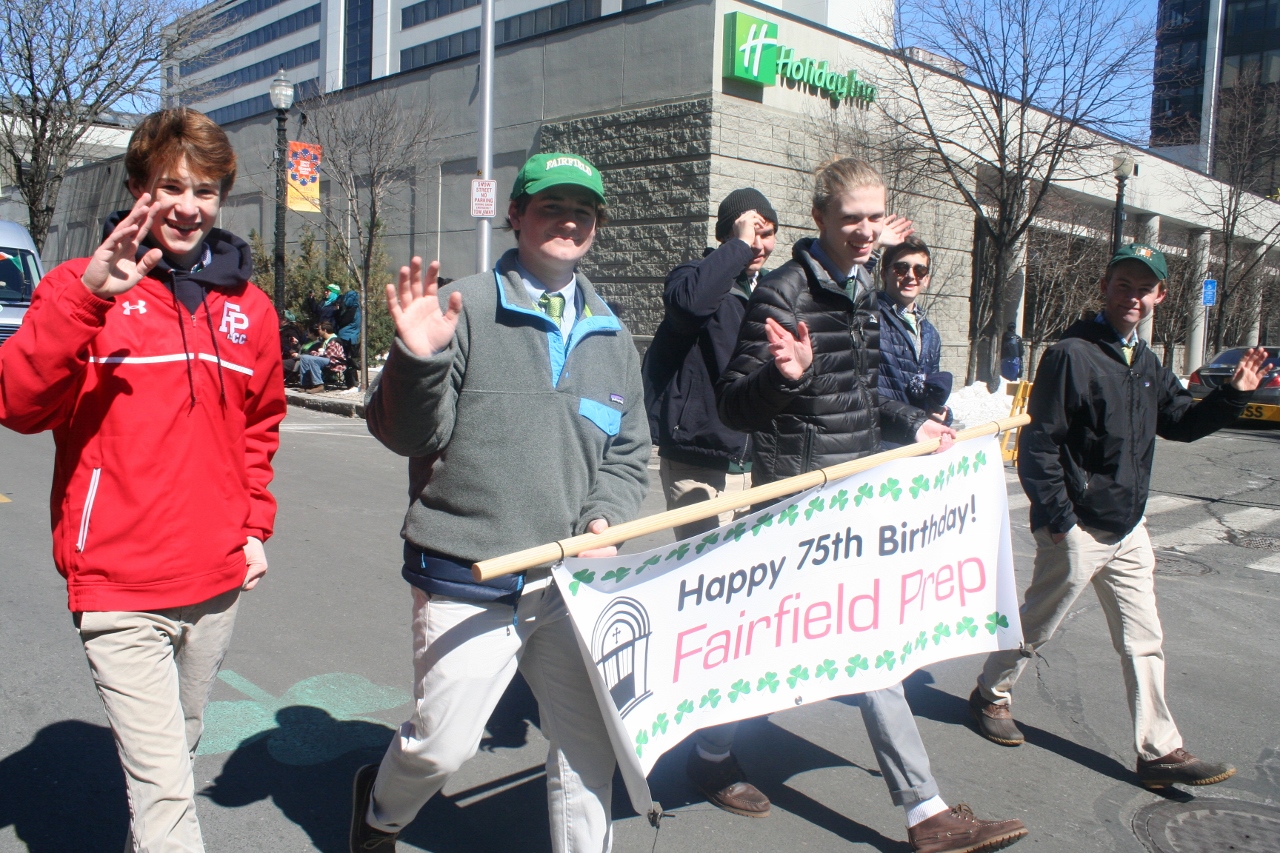 Fairfield Prep congratulates our seniors Kevin Gallagher and Brennan Black, who were awarded scholarships and honored in the Greater Bridgeport St. Patrick's Day Parade. Pictured on float: Kevin on left, Brennan on right. 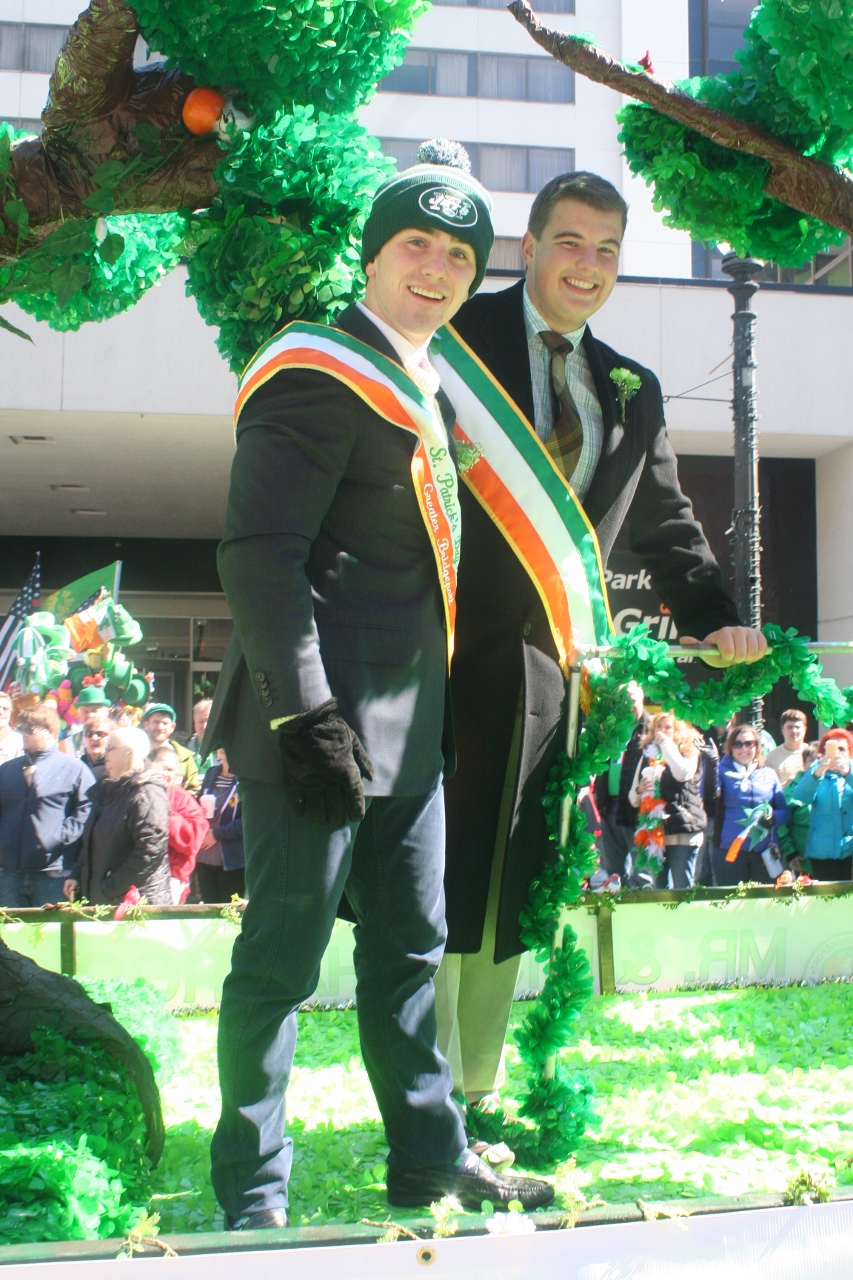 Kevin Gallagher is a young man of exceptional talents and scholarship who is devoted to his school and family, and represents his Irish Heritage with the utmost integrity. Kevin is a summa cum laude student and National Honor Society member. Student Government President in his senior year and also an Eagle Scout, Kevin’s leadership is evident both in school and in the greater community. His community service is extensive including participation on an Appalachian Service Trip, the White Ribbon Campaign, Relay for Life and founding “A Shirt off My Back,” an organization that provides clothing to those living in poverty. In school he is a member of the ice hockey and rugby teams as well as the Business Club, Stock Market Club, Symphonic Band, Campus Ministry and serves as an editor for the Bellarmine Review literary magazine. Fairfield Prep is proud of Kevin and the honor to represent his Irish heritage.

Brennan Black is a young man of exemplary character, an excellent student and an outstanding member of the Fairfield Prep community. He is a magna cum laude student, a member of the National Honor Society and a Peer Tutor. In his life at Fairfield Prep, Brennan has been fully open to growth, exercising his talents and interests in the sport of crew and by his leadership in guiding Fairfield Prep in the Ignatian Carbon Challenge, a Jesuit high school environmental initiative. Off campus Brennan is an Eagle Scout and he continues his involvement in Scouting as an Assistant Senior Patrol Leader. In his service life Brennan has gone beyond the call by his participation in Prep’s Service Mission to Los Angeles during the winter of 2016. Brennan’s character shines brightly through his actions and Prep is proud of Brennan for his being named Mr. Shamrock Runner-Up 2017 as he honors his Irish heritage.