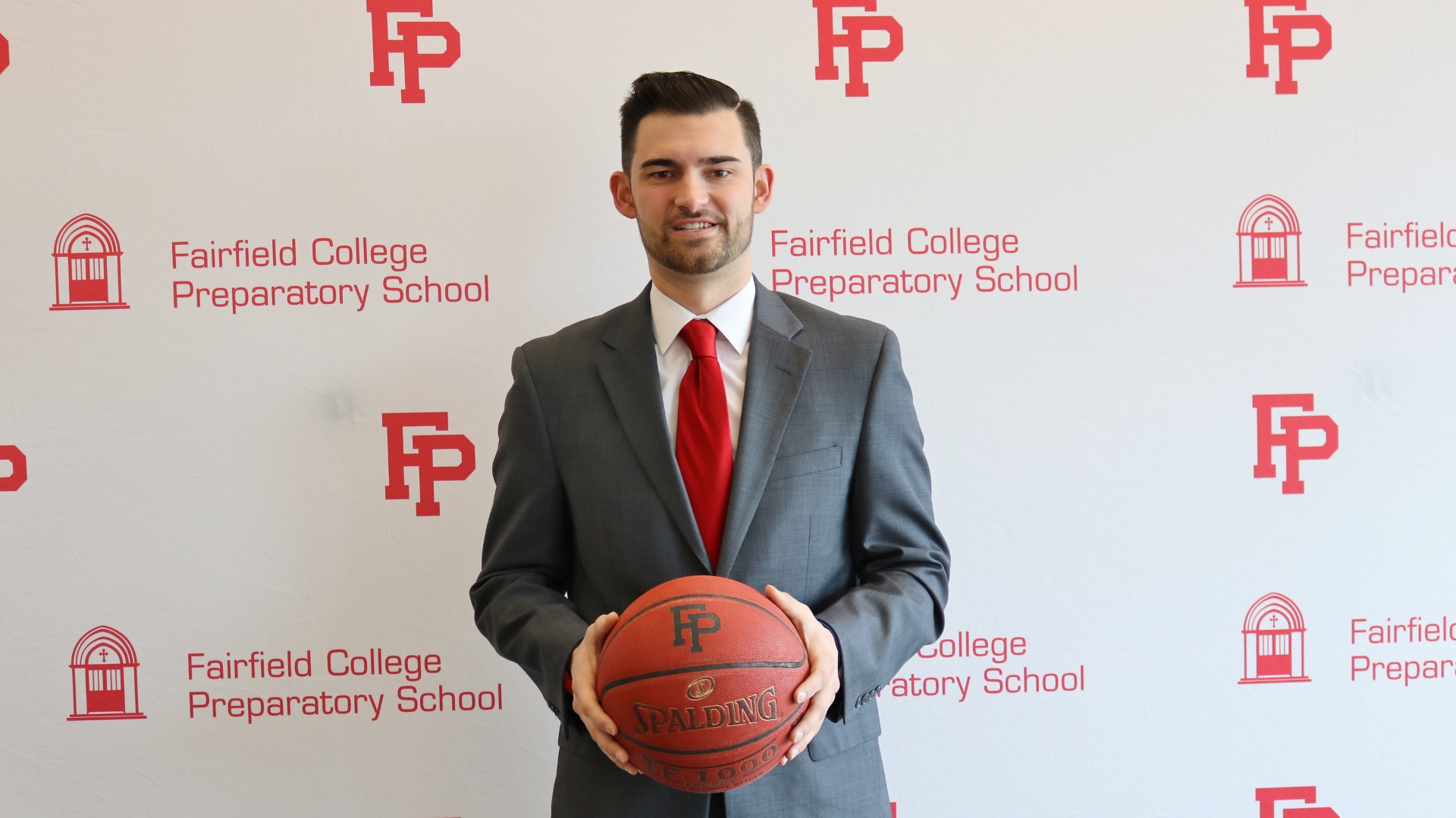 Fairfield Prep is excited to announce that Mike Papale has been named the next Head Coach for the Fairfield Prep Varsity Basketball team. Papale, a Wallingford native, was a McDonalds All-American nominee and an All-State and All-SCC basketball player at Sheehan High School. He is a 2011 graduate of Quinnipiac University.

Upon graduation from Quinnipiac, Mike was hired as an assistant coach at UMass Lowell and was tasked with scouting reports, practice plans, recruiting and individual player workouts. During his year as assistant coach, the team reached the NCAA Division II tournament and recorded a 19-11 overall record.

Following a year at UMass, Papale returned to Quinnipiac University to assume the role of Director of Basketball Operations for the men's program. In that role, Mike was the team liaison for compliance, academic advisement, admissions and financial aid. Papale was also responsible for on-campus recruiting, video breakdown, travel accommodations and was the director of the Tom Moore Basketball Camp. Papale served in that role for three years before being named the top assistant for the Southern Connecticut State University Men's Basketball program by Head Coach Scott Burrell.

At Southern, Mike managed recruiting, scouting, student-athlete progress in the classroom, practice plans, individual player workouts and coordinating community service activities. During his two years at Southern, Papale recruited the 2017-18 Northeast-10 Conference Rookie of the Year (Ulyen Coleman) as well as assisted in the development of the 2015-16 Northeast-10 Conference Player of the Year (Desmond Williams). Papale also assisted in the development of two 2015-16 Northeast-10 All-Conference First Team players, the Defensive Player of the Year and an All-Rookie Team member. In his two years at Southern, the Owls were 22-8 in 2015-16 and 17-12 in 2016-17, while reaching the NCAA Division II Tournament in both seasons.

In addition to his college coaching career, Papale has coached AAU with the Central Connecticut Hoop Stars and the New England Playaz. Papale was the head coach for Central Connecticut's U-17 team, which finished in fifth-place at the AAU National Championship in 2010.

In January 2016, Papale founded the "In a Heartbeat Foundation" and is currently the president. The mission of In a Heartbeat is "to prevent death from hypertrophic cardiomyopathy (HCM) and sudden cardiac arrest by raising awareness, enabling research, and donating automated external defibrillators (AEDs) to places that need them." As president, Papale is in charge of creating strategic plans, generating a yearly budget and business plan, developing fundraising, marketing and spreading awareness of the foundation's mission.

Personal: Papale's father Mike served as Head Coach for Sheehan High School, Lyman Hall and Albertus Magnus. His brother John is a 2016 graduate of Boston University, where he scored 1,289 points during his four years on the basketball team and owns the single season record for 3-pointers (95) and program record for games played (129). Papale's mother Joan is a Department Head for Special Education in the Wallingford Elementary School System.