The 2017‐2018 Intramural Season is in the books! This year, the Intramural Program introduced a new sport and recorded repeat championship teams in two different sports. With hundreds of students participating in the Intramural Program throughout three seasons, the Fairfield Prep day does not end at 2:30. On The Hill, The Quad, or in Brissette Gym, students compete for Championship T‐Shirts and bragging rights in Wiffle Ball, Ultimate Frisbee, Volleyball, Basketball, and Flag Football. Congratulations to our 2017‐2018 Intramural Champions!

The 2017 Wiffle Ball Season belonged to BYE WEEK as they won their championship through a dominating display of pitching and hitting! With a young roster sporting championship t‐shirts, BYE WEEK will look to repeat as champions in the 2018 Season. 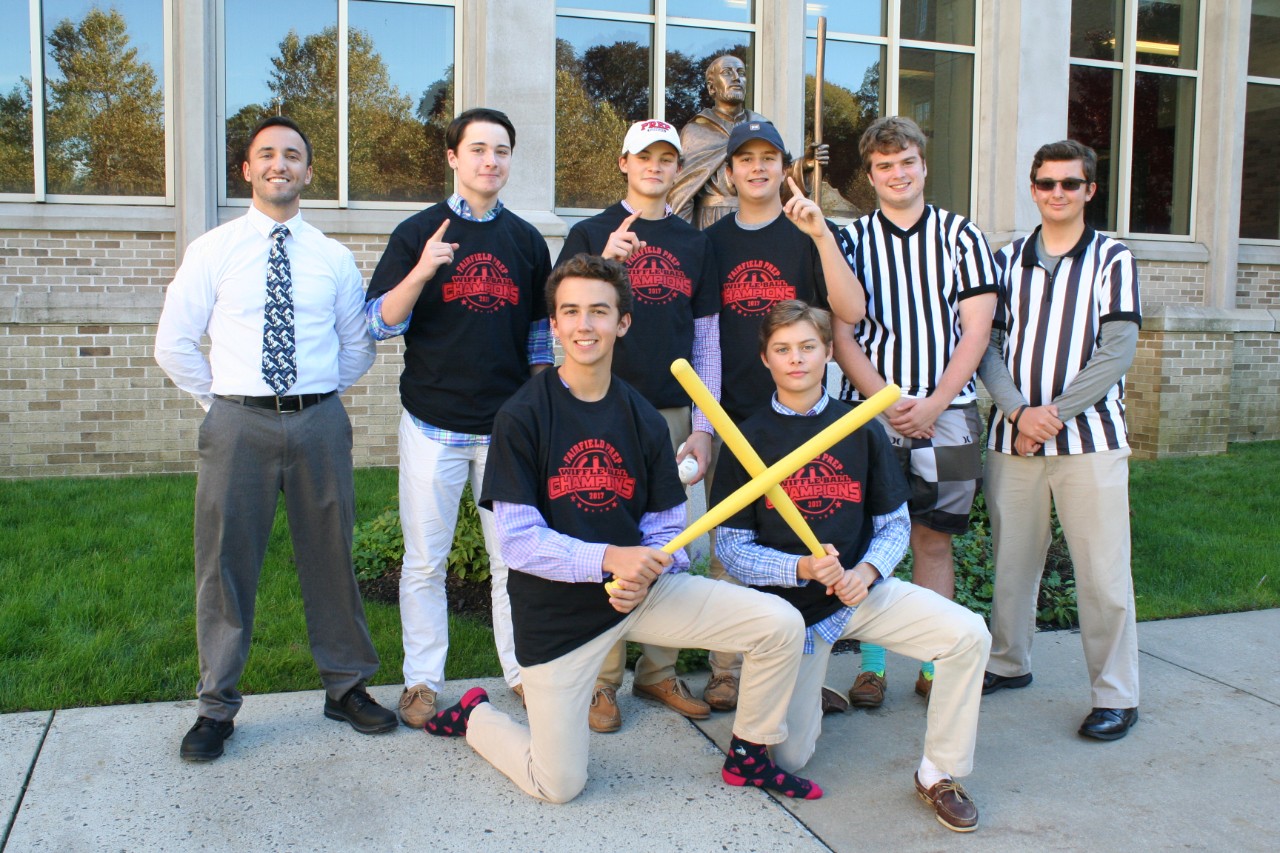 What a season! The 2018 Basketball Championship was won by a young group of sophomores in impressive fashion. REAL MEN proved their worth on the court by finishing the tournament as the only team to not lose a game all season! Next year, REAL MEN will look to repeat as champions in their junior year. Could they be the first team to win three before graduating? 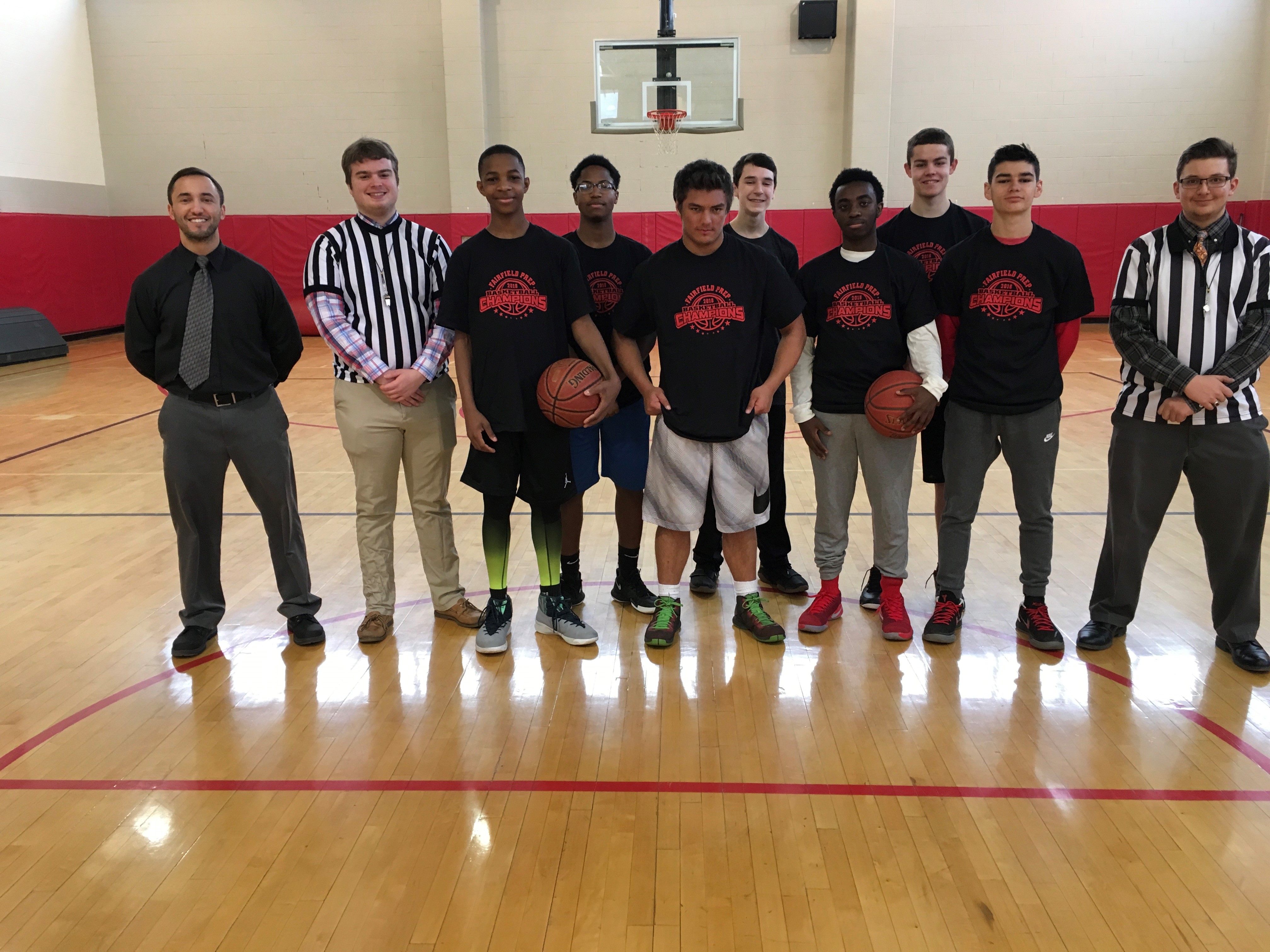 The newest sport this year was won by a veteran team of the Intramural Program. THE MANNING FAMILY, a team that has competed in this program before, earned the first ever Volleyball Championship at Fairfield Prep. THE MANNING FAMILY will go down in Prep history as the first Volleyball Championship team, but they have their sights on the future – can they win it again next year? 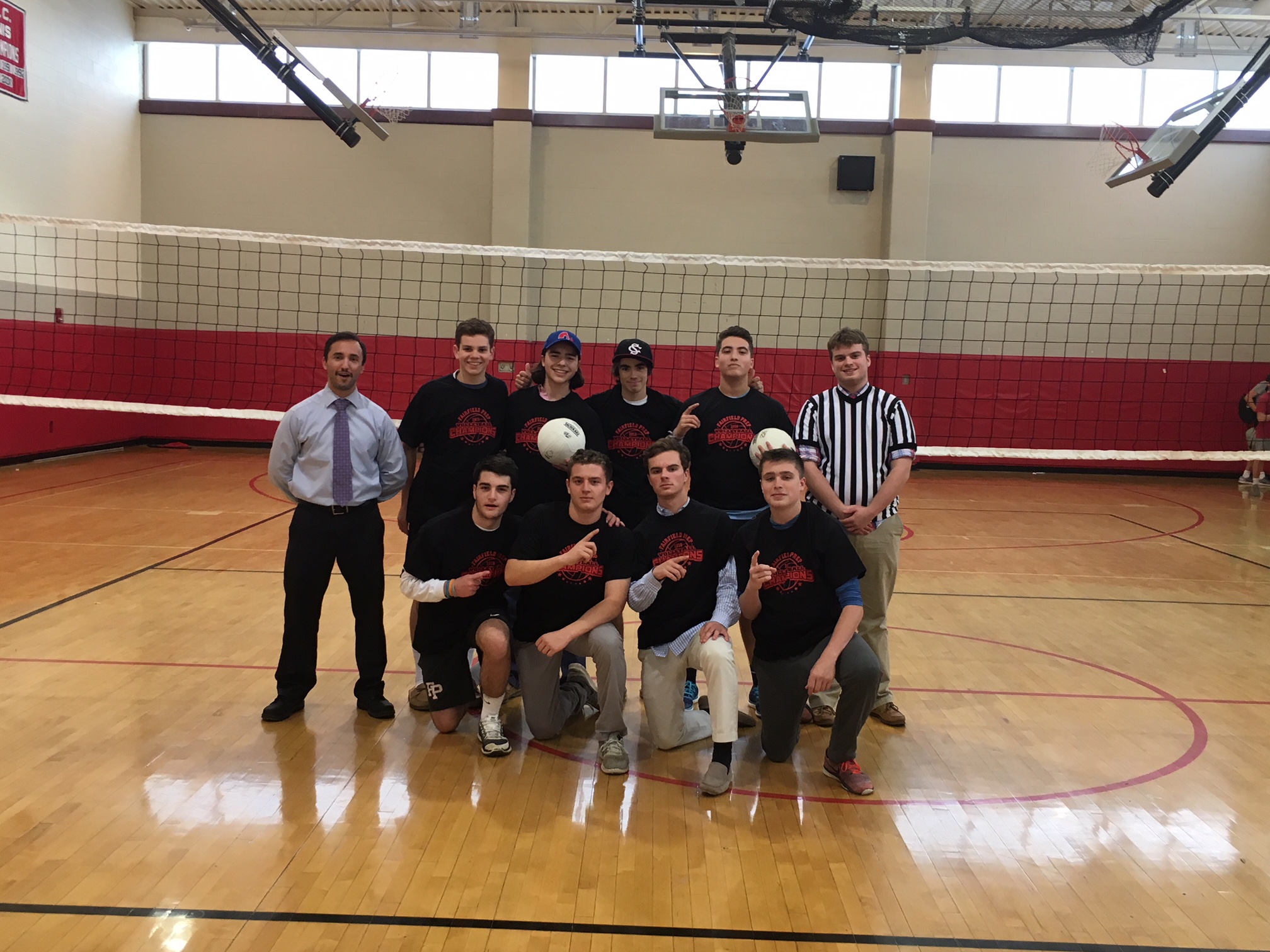 Was there ever a doubt? MINION OWNS SCHOLL does it again on The Hill – they are the 2018 Flag Football Champions! As sophomores, MINION OWNS SCHOLL earned their first championship t‐shirts. As juniors, the team has added another t‐shirt and posed for another championship photo. If they win it again next year, they will become the first team to ever win three Flag Football Championships in the Fairfield Prep Intramural Program. 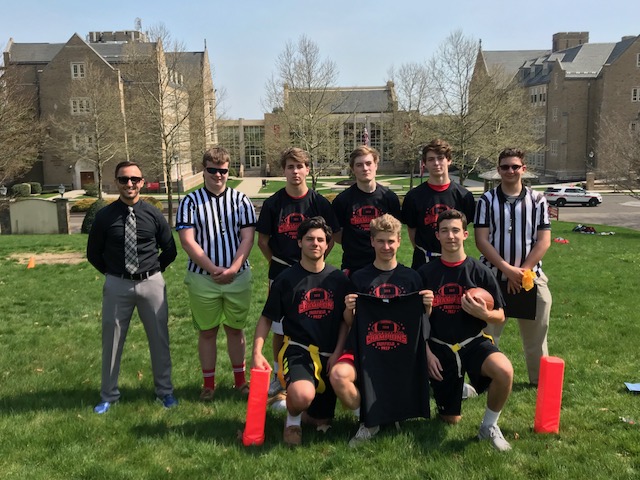 Mr. Corey Milazzo, faculty moderator of the Intramural program, commented on the year: "To all who competed and had fun in the Intramural Program this year – thank you! A special thank you to our Intramural Referees: Max Dellaquila aka 'DQ' and Ben Walker. Max and Ben will reprise their roles next year as they don the black and white stripes once again. Look for e‐mails and listen for announcements regarding sign‐ups in the future. Until then, congratulations to the championship teams and good luck to all who will compete in the future!"