Fitzgerald and Thornton receive Jacky Durrell Service Awards
cadams
Jul 10 2017 9:59 AM
Share to FacebookShare to TwitterShare to LinkedInShare to PinterestShare to EmailPrint this page 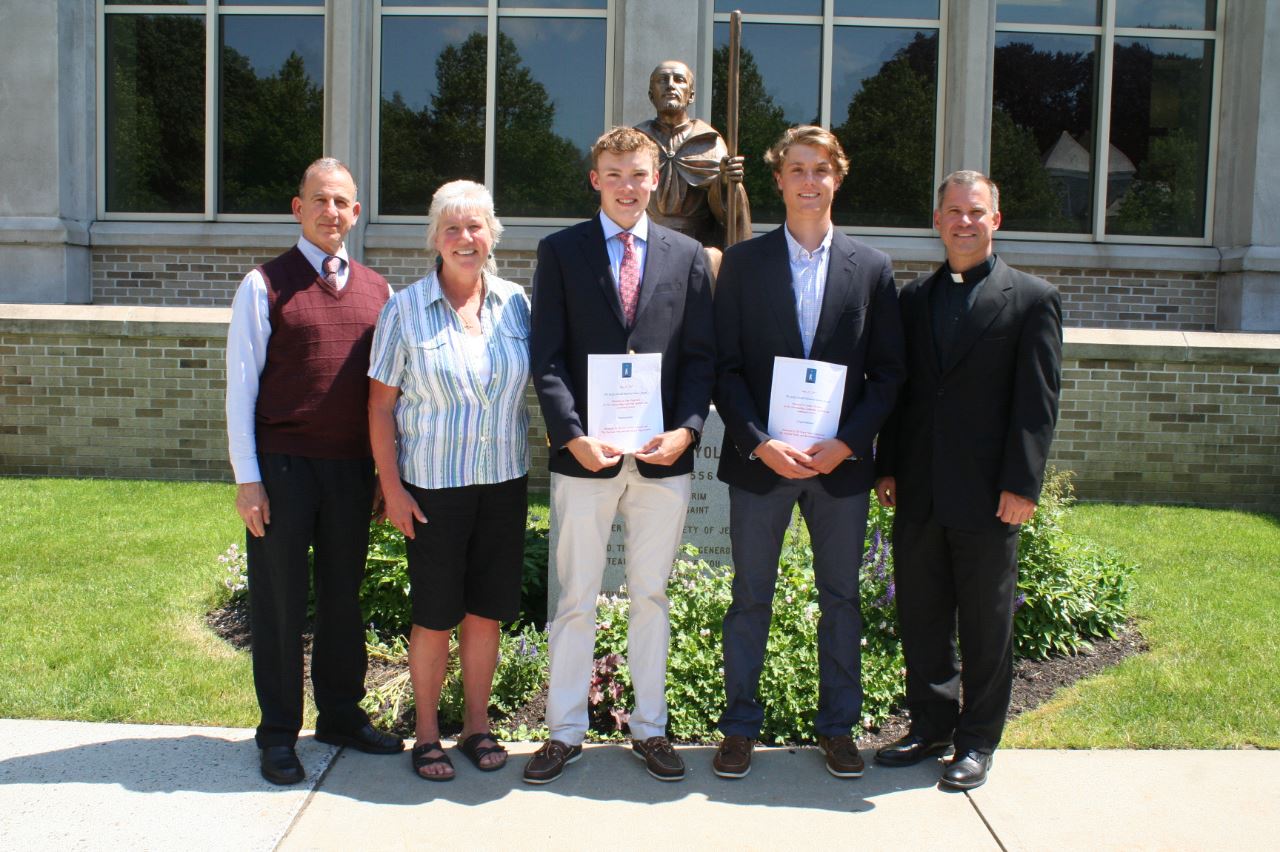 For their solid citizenship, strong academic records and contributions to the lives of others, seniors Dan Fitzgerald and James Thornton have been recognized for their service to the community in being awarded the Jacky Durrell Memorial Service Award sponsored the Fairfield Recreation Department.

Dan Fitzgerald has achieved a strong academic record, graduating with Cum Laude honors while managing a strong course of study and a commitment as a Crew athlete. His life of service began well before his Prep years, as Dan has had a long career in Scouting and has achieved the rank of Eagle. On campus Dan is an Altar Server, a Peer Tutor, and has taken on a leadership role in Prep’s environmental initiative, the Carbon Challenge. He has also supported Prep’s service mission to Appalachia, both as a participant and as a leader. Dan’s recognition with the Jacky Durrell Award is well deserved. He will continue his life of scholarship and service in the future as he prepares to begin his college years at University of Connecticut in the fall of 2017.

James Thornton has achieved a strong academic record in his Prep years, managing a demanding course of study and graduating Magna Cum Laude. James is a community-minded young man who has achieved the rank of Eagle in Scouting. He has made a strong imprint on the Prep community through his contributions to liturgical life on campus as a Eucharistic Minister, and has contributed to the academic well being of his Prep brothers as a Peer Tutor. Outside of the classroom, James has made a strong commitment to Prep’s Crew program and balanced it with academic success and his service life, where he participated in Prep’s Urban Plunge program. For his achievements, James has also been awarded a scholarship by the Fairfield Kiwanis Club. James plans to continue his life of scholarship and service as he begins his college career at Boston College beginning in the fall of 2017.