Bill Evans '73 to be honored

Bill Evans '73 to be honored
cadams
Jul 26 2012 2:56 PM
Share to FacebookShare to TwitterShare to LinkedInShare to PinterestShare to EmailPrint this page
St. Ignatius of Loyola Alumni Award 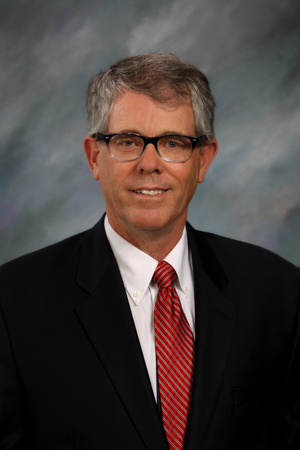 Fairfield Prep is pleased to recognize Bill Evans ’73 as the third recipient of the St. Ignatius of Loyola Alumni Award. The award was established in 2010 to recognize those alumni of Fairfield Prep who exemplify the characteristics that Prep seeks to instill in its graduates, specifically open to growth, intellectually competent, religious, loving, and committed to doing justice. Bill Evans has demonstrated these qualities through his extensive volunteer efforts and programs to support the people of Nicaragua, and currently works as the president of CT Quest for Peace, leading an organization which is actively providing relief via humanitarian cargo aid, education, medicine and healthcare to poverty stricken Nicaraguan communities. Bill will receive his award at the school-wide Mass of the Holy Spirit on September 7.

At CT Quest for Peace, Bill heads and oversees an organization that contributes time, resources, and financial aid to a dozen missions in Nicaragua, many of which are Jesuit-based, and which include schools, a trade learning center, medical facilities, a maternity hospital, a burn center, and an orphanage. Through many of his efforts, this organization sends tons of needed supplies, supports nutrition programs, has started scholarship programs, and contributes to loan programs. Bill travels to Nicaragua twice a year to interact with the local communities and organizations, identify new areas of need, and make plans for the distribution of his aid and resources. All of the Connecticut efforts are handled by volunteers.

Bill Evans grew up in Stamford, one of seven children. His three brothers also attended Fairfield Prep: Matthew ’73, John ’74 and Mark ’78. He attended Worcester Polytechnical Institute, graduating with a bachelors in chemical engineering. He carried on the painting business (currently William Evans Painting) that he and his brothers started to help pay their tuitions to Prep and college. He met his wife Joyce in high school, has four children Bryan, Abby, Tim and Molly, and lives in Westport. When asked about a message he would like to share, Bill said, “Jesus’s message to all of us is to look after one another and care for one another.”