Flag Football rules on the Hill!

Flag Football rules on the Hill!
cadams
Jun 6 2012 11:44 AM
Share to FacebookShare to TwitterShare to LinkedInShare to PinterestShare to EmailPrint this page 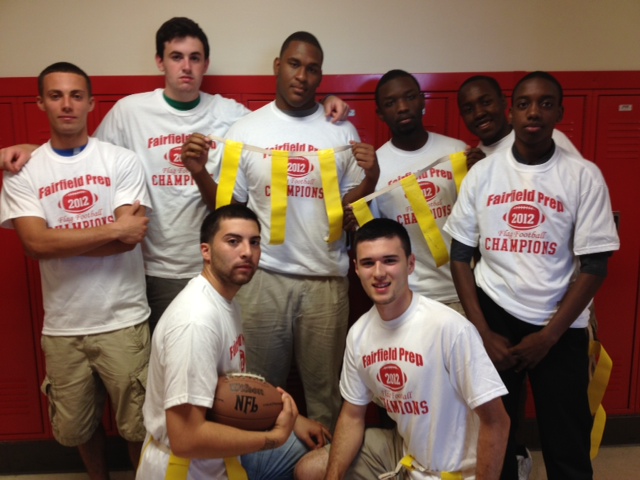 This year, Fairfield Prep’s first annual Intramural Flag Football League saw great turnout. Moderated and officiated by Mr. Corey Dennis, nine teams (divided up by four divisions, AFC North/South and NFC North/South) of 66 Prep players battled on “The Hill” for five weeks until a champion was crowned. In the League, the top two seeded teams earned a first round bye in the playoffs. All division winners earned a spot in the playoffs, in addition to two Wild Card teams. At the end of the season, a Freshmen-lead “Team 6” competed against the AFC Champion “Team 3” in the first Championship Game of the League. While the Freshmen played hard, it wasn’t enough to overcome the dominant “Team 3” lead by Prep Senior Serge Jean-Baptiste. Congratulations to Team 3 for winning the first Fairfield Prep Intramural Flag Football Championship!