Whelan '12 is DAR Citizen finalist
cadams
Mar 22 2012 11:39 AM
Share to FacebookShare to TwitterShare to LinkedInShare to PinterestShare to EmailPrint this page 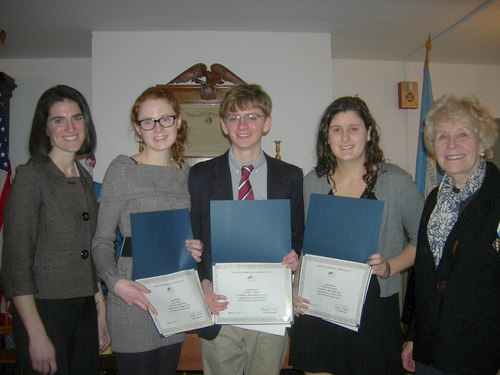 Michael Whelan '12 was honored as a finalist in the DAR (Daughters of the American Revolution) Good Citizen Award Ceremony held on March 11. Michael was Fairfield Prep's candidate for the competition and submitted an essay.

The DAR, founded in 1890 and headquartered in Washington, D.C., is a non-profit, non-political volunteer women's service organization dedicated to promoting patriotism, preserving American history, and securing America's future through better education for children.