Freshman Retreat builds bonds
cadams
Mar 20 2012 10:04 AM
Share to FacebookShare to TwitterShare to LinkedInShare to PinterestShare to EmailPrint this page

Prep held its 12th annual Freshman Retreat March 8-9, and this year’s retreat theme was: Masters of Our Fates, Captains of Our Souls.

The two day event was led by a dedicated group of nearly 80 juniors & seniors who trained for this job since the summer. The Class of 2015 had small group discussions, recreation, and an opportunity to receive the sacrament of reconciliation, celebrate mass together, pray together, share a meal at a Prep family home, watch a movie, & have a sleepover in the school. They explored their faith lives, learned more about deepening their friendships, & gained self-knowledge. For many past participants this retreat solidified their feeling of being a member of Prep – something they will value for the rest of their lives. Prep’s Faculty & Administration did an outstanding job in assisting with the activities planned by our 4 senior co-directors (Delvone Davis, Mike Demakos, Joe Humes, and Kevin Westfahl), Mr. Cashman, Mr. Gualtiere, Fr. Ryan, SJ and Mr. Whiteman. Also, a big thank you to the numerous faculty and staff who gave faith talks; the faculty and staff who spent the night in the school; the Prep families who hosted dinners and provided transportation to and from school; Mr. Mauritz, who gave a special talk to the freshmen; and Mr. Dennis who provided extra support during the entire retreat. Finally, Campus Ministry would like to thank the Fairfield Prep Jesuit Community and the priests from the Diocese of Bridgeport who helped hear confessions. We look forward to our 13th annual freshman retreat next year.

Watch Opening Video, prepared by the Retreat Leaders, on Prep You Tube.

Photo of Freshman Group that met for dinner at the Cunningham's house. 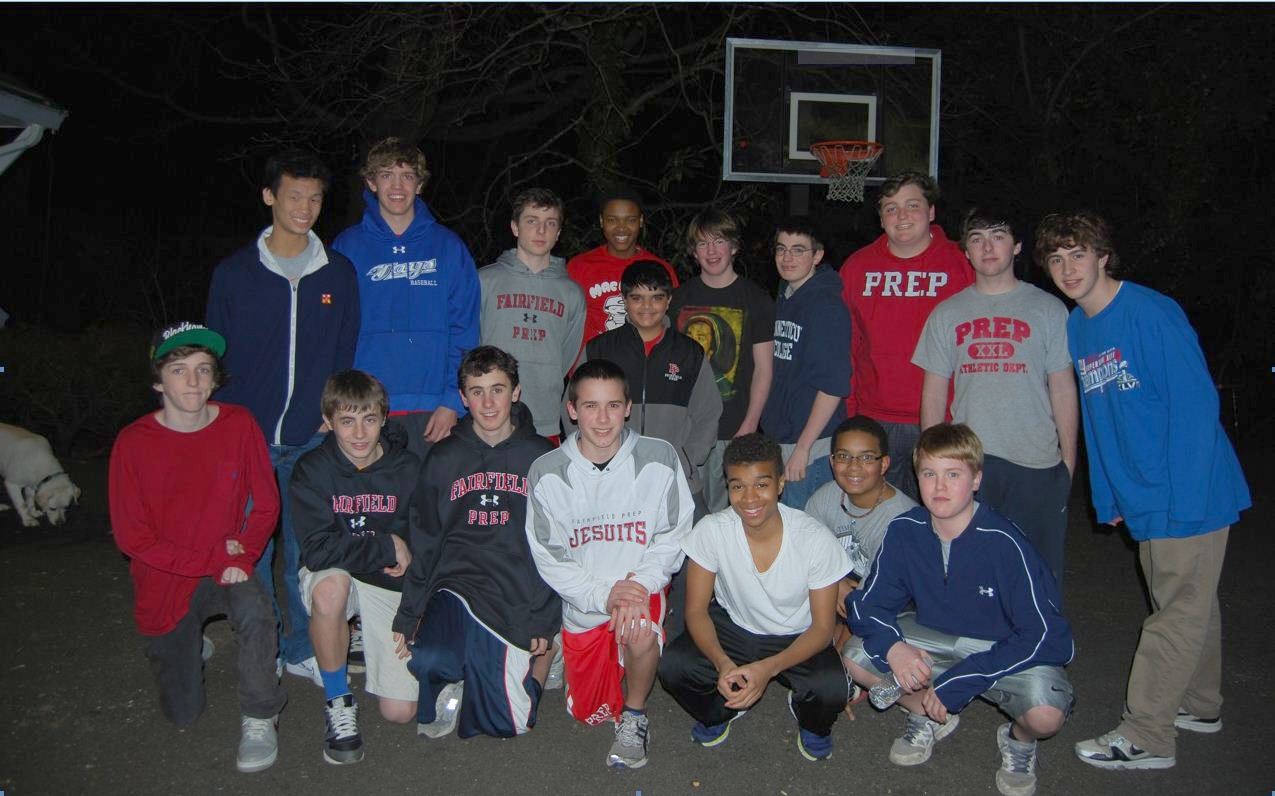