Jean-Baptiste '12 signs with Stonehill
cadams
Feb 16 2012 2:09 PM
Share to FacebookShare to TwitterShare to LinkedInShare to PinterestShare to EmailPrint this page
National Athletic Letter of Intent 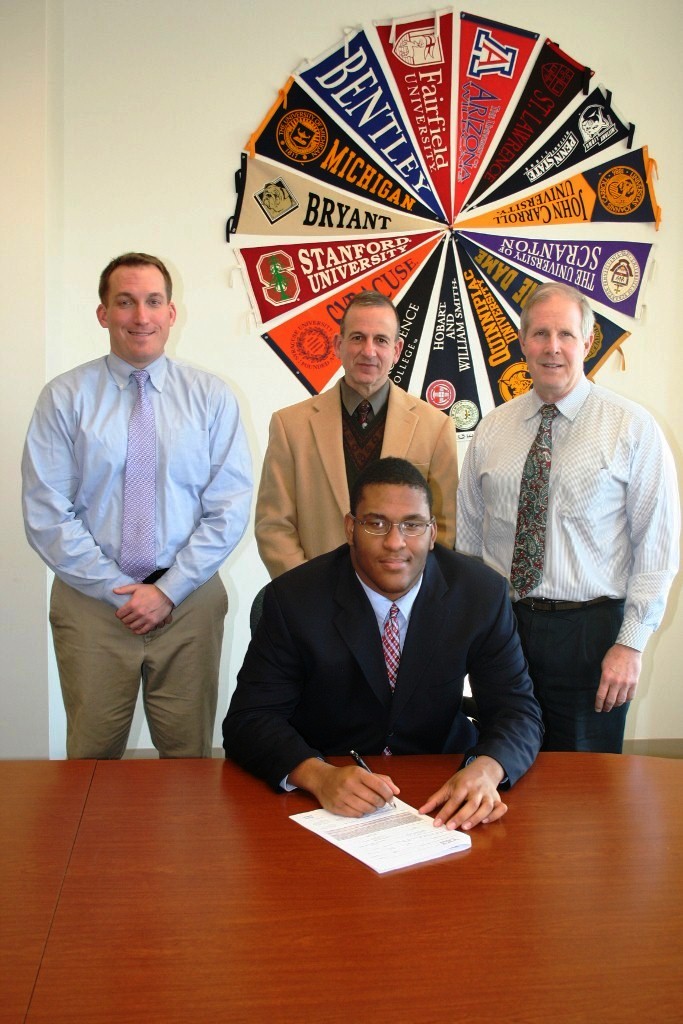 Fairfield Prep congratulates senior Serge Jean-Baptiste '12, who signed an Athletic National Letter of Intent to play football for Stonehill College on February 13. Serge has been a three year starter for Prep as an offensive and defensive lineman. In his sophomore year, Jean-Baptiste played defensive tackle and was chosen as the team’s Most Improved Player. As a junior he continued to play defense and led his team in tackles for loss and quarterback sacks. He was selected as a team Co-Captain for the 2011 season and, to enhance his team’s ability to score, he moved to offensive guard. His size, 6’2” and 275 lbs, and his athletic ability made him an outstanding pulling guard and he led his team to rush for 210 yards per game in the highly competitive Southern Connecticut Conference. Serge was named to the Coaches’ Class LL first team All-State team and first team All-SCC. Serge has been a member of the S.E.E.D. Diversity Club and volunteered at the Jewish Home for the Elderly in Fairfield. He is a resident of Norwalk.