Ms. Beyerly featured in The Daily Fairfield
cadams
Feb 9 2011 1:05 PM
Share to FacebookShare to TwitterShare to LinkedInShare to PinterestShare to EmailPrint this page 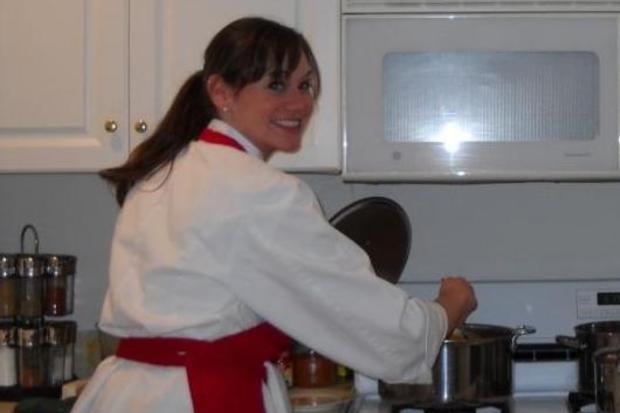 Sandy Beyerly shares her recipes for success and healthy eating.

By Sebastien Laforest '11, Intern for The Daily Fairfield

The book-loving Sandy Beyerly of Fairfield is passionate about cooking. But it wasn't always this way. A former computer literacy teacher and current librarian for Fairfield College Preparatory School, she has focused most of her adult life on her career and education. "After completing my master's in Education Technology from Fairfield University in 2007, I thought I didn't want to go to school again for a long, long time," she says.

A year later, Sandy started to get an itch to learn something for herself, something separate from her work. So she and her husband, Mark, started taking cooking classes through the Fairfield Continuing Education Program. "We took wine classes, cheese classes, and an Indian cooking class." Through those evening classes, she started to slowly realize that after four o'clock was her time. She discovered that cooking class was something that she looked forward to more than anything else.

While visiting the Culinary Institute of America (CIA) in New York City for dinner, she was able to get a tour of the kitchen. Amazed and thrilled by what she saw, Sandy decided she wanted to pursue culinary arts full time, so she enrolled in a full-time night program at the Lincoln Culinary Institute. By doing so, she could keep her day job, which she loves, and also feed her passion for food.

Sandy graduated from the culinary program in January 2011. But don't look for her café to open any time soon. "I don't want to open a restaurant, that's not what I'm interested in. I'm just interested in sharing my passion of cooking with others."

The day after graduation, Sandy received information about an opening at Leap for Kids, an after- school program in inner-city New Haven. She applied for a position as instructor of a Healthy Eating Habits class. Sandy got the job due to her experience, her affinity for cooking and her love of teaching. By following her passion, Sandy discovered she has all the right ingredients for her success.