Prep attends March for Life in DC
cadams
Feb 7 2011 1:42 PM
Share to FacebookShare to TwitterShare to LinkedInShare to PinterestShare to EmailPrint this page
Students and staff support Pro-Life 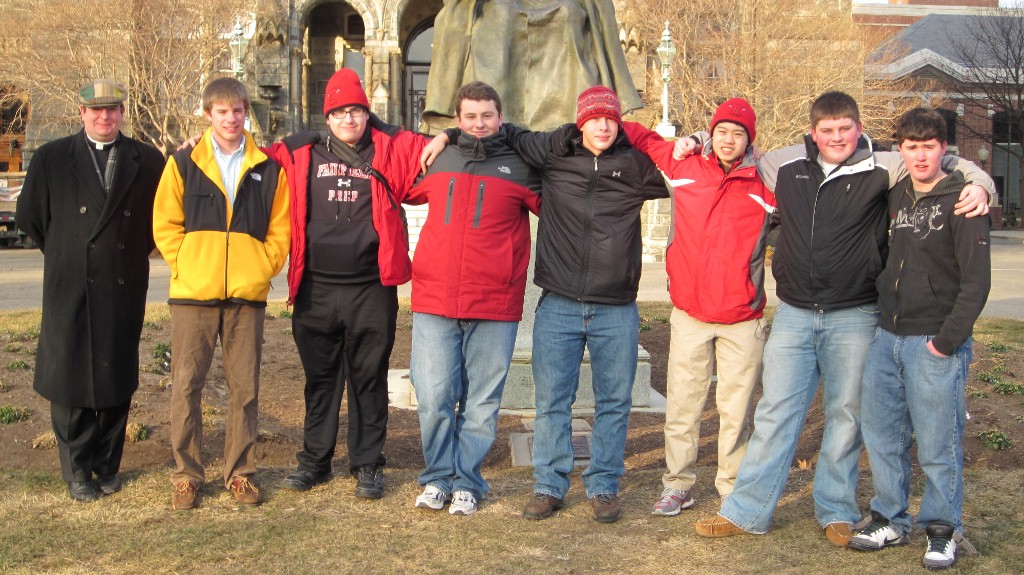 For the third straight year Fairfield Prep brought a group to Washington, D.C. to participate in the March for Life. The group left early afternoon on Saturday, January 22. The group attended Cardinal O’Connor Conference for Life at Georgetown University, and the Opening Mass National Prayer Vigil for Life at the Basilica of the National Shrine of the Immaculate Conception. The principal celebrant and homilist for this Mass was Cardinal DiNardo, Archbishop of Galveston-Houston. Our own Fr. Larry Ryan, S.J., and Mr. Bret Stockdale, S.J., participated in the mass. On Monday, January 24, the Prep group gathered at St. Aloysius Church with the other members of the Ignatian Pro-Life Network for the Mass for Life. From there, there was a rally coordinated by the Jesuit Conference and Apostleship of Prayer where various members of Jesuit high schools and colleges spoke of their school’s efforts in promoting life issues. Joseph Humes ’12 was Fairfield Prep’s representative at this Rally. The actual March for Life had a crowd estimated at nearly 1 million participants and ended at the steps of the Supreme Court and Capitol buildings. This trip was inspiring and motivational for all involved to continue to promote a consistent ethic of life from conception until natural death.