Rog '12 is Gatorade Runner of the Year

Rog '12 is Gatorade Runner of the Year
cadams
Feb 3 2011 12:35 PM
Share to FacebookShare to TwitterShare to LinkedInShare to PinterestShare to EmailPrint this page 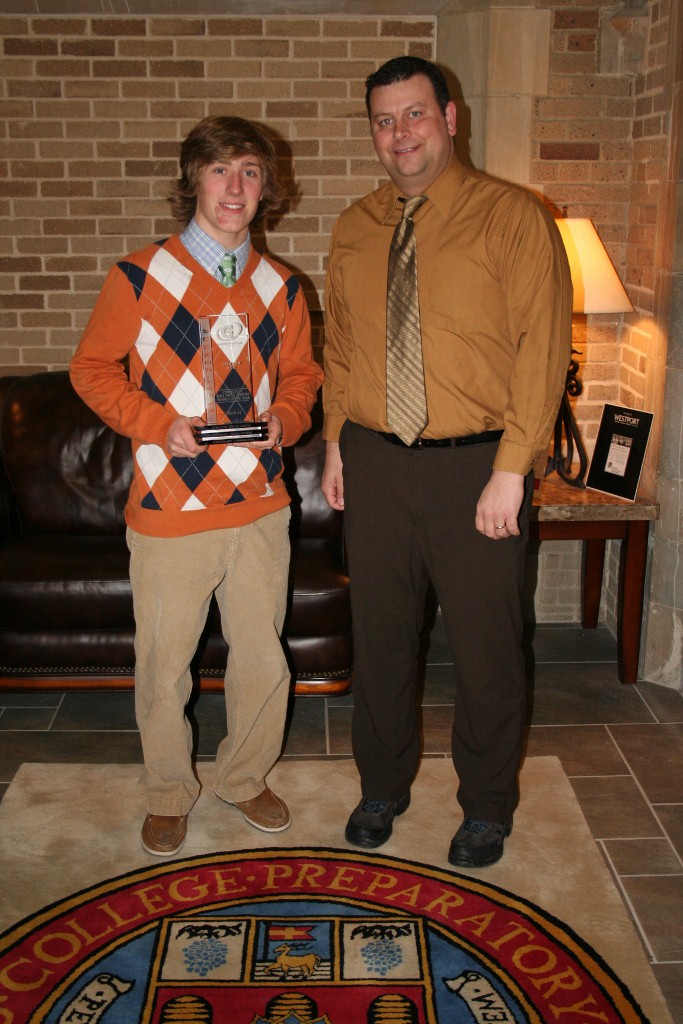 The Gatorade Company is proud to recognize Connor Rog '11 as the 2010-11 Gatorade Connecticut Boys Cross Country Runner of the Year!

As Connecticut's honoree for 2010-11, Connor joins the ranks of past Gatorade State Players of the Year, including Alan Webb and Meb Kefiezighi. In addition, he is now eligible for the Gatorade National Boys Cross CountryRunner of the Year award to be announced in late January.

The 5-foot-5 junior raced to the Class LL individual state championship this past season with a time of 15:58, leading the Jesuits to fourth as a team. Rog was the top Connecticut finisher at the New England Cross Country Championships, taking third overall in 16:35.6, and was second at the State Open Championships. He captured victories at the Wickham Park Invitational, the Bethel Invitational and the Southern Connecticut Conference Championships.

"Connor is very tough," said Fairfield Prep head coach Robert Ford Jr. '"He has a great start, a great heart, and he never gives up. He's also a very team-oriented runner and very respectful of others."