Hockey Beats Hamden 4 - 2
cadams
Feb 9 2011 9:52 AM
Share to FacebookShare to TwitterShare to LinkedInShare to PinterestShare to EmailPrint this page
Jesuits surge in 2nd to win

Jesuits Surge in 2nd to beat Hamden 4 to 2 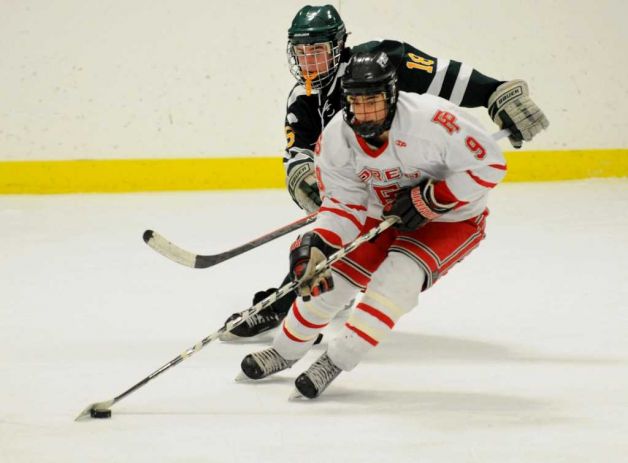 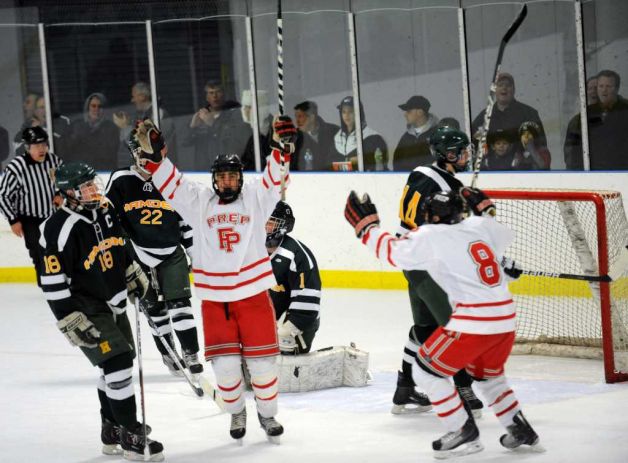 BRIDGEPORT -- It took one period for Fairfield Prep to shake off the cobwebs formed during an 11-day, weather-induced layoff, but from the moment the puck dropped to start the second period, the Jesuits made it clear that they were back in business. Second-ranked Prep scored four second-period goals and had a fifth waved off to surge past two-time defending state champion Hamden 4-2 Tuesday night at the Wonderland of Ice.

After a scoreless first period that featured a lot of pace, but not much grace, the Jesuits spotted the Green Dragons a 1-0 lead just 1:10 into the second period on a slap shot from just inside the blue line by Michael Lee. "The first period was a bit of a mess for us," Fairfield Prep coach Matt Sather said. "We got into the locker room and just said let's get back to doing what we were doing before Mother Nature interrupted our season."

Hamden helped the Jesuits get back on track by taking a handful of bad penalties, the first of which, a roughing minor against Connor Walsh, led to Prep's equalizer by A.J. Unker. Unker gathered in a pass behind the goal, refused to get knocked off the puck despite the best efforts of the Hamden defense, found some open ice in front of the goal and lifted a wrist shot over the shoulder of Hamden netminder Matt Hoff with 11:19 left in the period.

A power-play goal by Patrick Lynch just over a minute later put the Green Dragons back in front 2-1, but that lead was even more short-lived than their first one. Just 28 seconds later, the Dragons would cough up the puck near their blue line allowing Prep's Bryan Puffer to gratefully scoop it up, drive to the net and score an unassisted goal, tying the contest at two apiece.

The relentless Jesuits would dominate the rest of the period, scoring a power play goal with 4:38 left and an even-strength goal with 1:50 remaining, both by Don Carnicky. 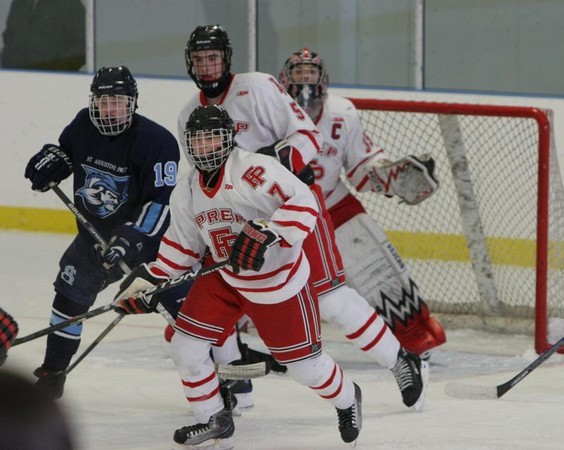 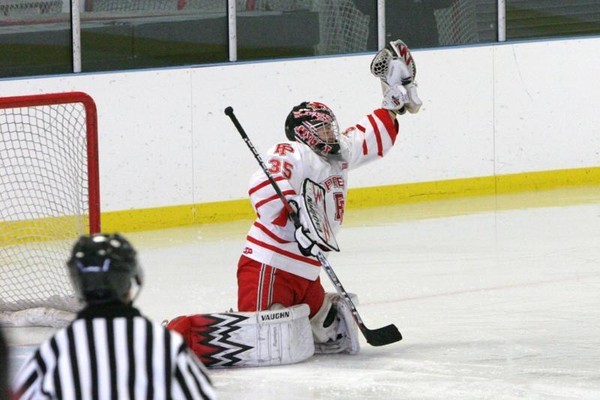 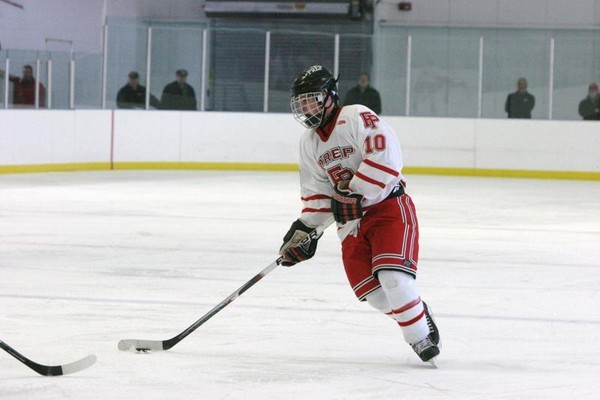 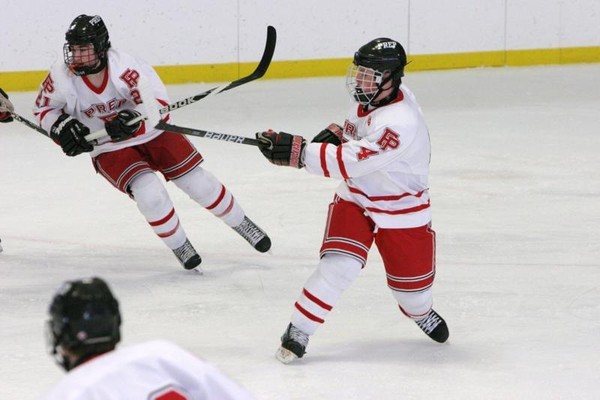 Prior to Saturday's game against New Jersey's St. Augustine Prep, the Fairfield Prep hockey team received a locker room visit from the program's most famous alumnus -- New York Rangers captain Chris Drury '94, who has a few days off due to the NHL's All-Star break. The Jesuits then went out and continued an impressive streak, blanking St. Augustine 3-0 at the Wonderland of Ice for their third consecutive shutout.

Fairfield Prep (9-2) has not allowed a goal since its 3-2 overtime loss at Hamden on Jan. 8. The two powers will renew their rivalry on Wednesday at the Wonderland of Ice. John Galiani recorded 17 saves for his fourth shutout of the season and received plenty of support from the Jesuits' stingy defense which kept St. Augustine's quality scoring chances to a minimum.

Defenseman Nick Downing, David Griffin and A.J. scored in each period for the Jesuits, who have outscored their last three opponents by a combined margin of 15-0. David White assisted on the first two goals.

Saturday's contest started slowly and Fairfield Prep did not register its first shot until more than seven minutes had elapsed. But Downing got the Jesuits on the board at 7:47, when his shot from inside the blueline beat St. Augustine goalie Joseph Pantalone, who was screened, to the stick side. Griffin made it 2-0 1:50 into the second, when he took a centering feed from White in the slot and beat Pantalone with a one-timer. Four minutes later, White and Bryan Puffer executed a perfect two-on-one, but Pantalone stopped White from in close to keep it a two-goal game.

Galiani made perhaps his best save with just under five minutes left in the second, using his blocker to turn away a shot by Robert White, who had broken in alone. Just 20 seconds into the third, Joseph Callahan had a breakaway for the visitors, only to shoot the puck wide. Otherwise, there were few breakdowns for the Jesuits' defense, which also killed off three penalties.

At 3:48 of the third, Unker completed the scoring with a nifty individual move. He cut around a defenseman, deked Pantalone out of position and slid the puck into an open net. The Jesuits' only power play came late in the third period. They moved the puck well but couldn't convert.