Leitao '10 is Teen to Watch

Leitao '10 is Teen to Watch
cadams
Jan 6 2011 2:42 PM
Share to FacebookShare to TwitterShare to LinkedInShare to PinterestShare to EmailPrint this page
Featured in New Canaan-Darien magazine 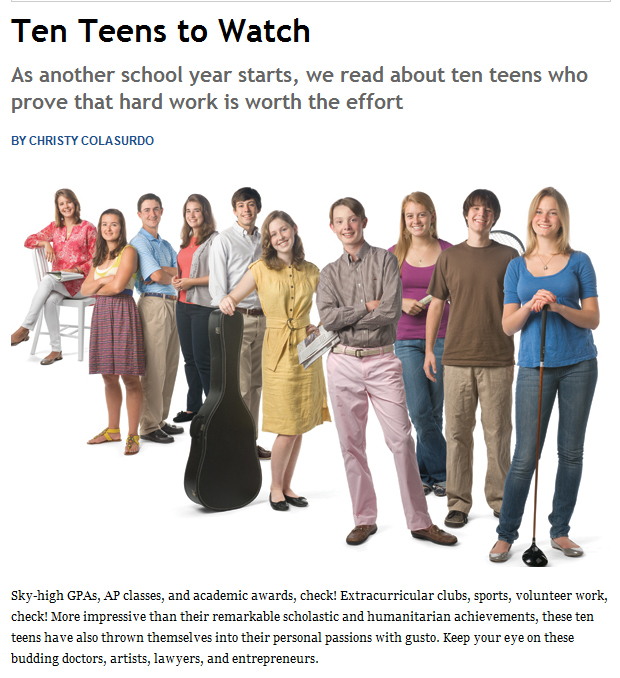 Kevin Leitao was first introduced to campus ministry activities at Fairfield Prep, a Jesuit Catholic high school, and went on to become a Eucharistic minister and lector. In these roles he enjoyed attending and leading retreats at school and in his parish and helping with the school masses. "It also introduced me to the March for Life in Washington, D.C.," he says. "It was one of the most rewarding parts of my high school experience."

As a freshman Kevin joined the Political Awareness Club, moderated by Mr. Szablewicz. "He ended up being one of my favorite teachers," Kevin says. "At the time I was not interested in, or knowledgeable, about politics; however, I stayed a member through my senior year. It was a great experience that spanned the political spectrum. I learned a lot from students who had very different views than I."

During his junior year with the Jeopardy Club, Kevin's team participated in The Challenge, a televised competition, winning one game but losing in the second round. "Senior year we were not as fortunate," he laments. "It was still special because we were able to wear shirts on the air in support of a classmate who was struggling with illness."

Kevin looks forward to a career in medicine after he completes his studies at Brown. As a senior he put his interest into practice during a stint with Dr. Paidas, an OB/GYN at Yale–New Haven Hospital who focuses on blood disorders during pregnancy. He says, "I helped him with research, shadowed him while he met with some of his patients, stayed with him for a night while he was on call, and saw a surgery. I helped him with a research project on the role of DNA in adverse pregnancy outcomes and helped with some research on a protein found in women during early pregnancy."