Prep Hockey beats NDWH in OT 3-2
cadams
Jan 6 2011 1:59 PM
Share to FacebookShare to TwitterShare to LinkedInShare to PinterestShare to EmailPrint this page

David White scores the winning goal for the Jesuits with 4:33 remaining in the overtime 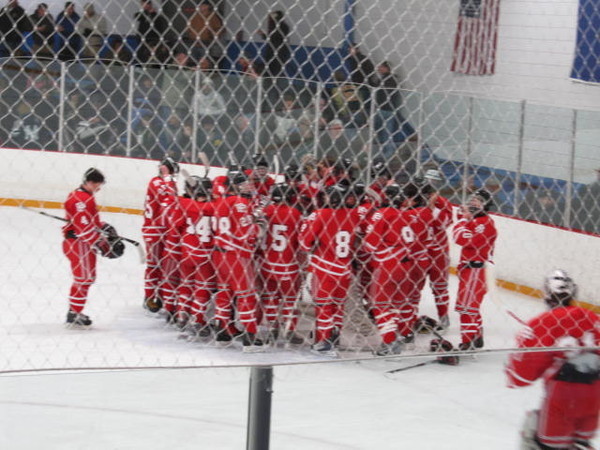 David White scored with 4:33 left in overtime Wednesday, lifting the Fairfield Prep hockey team to a 3-2 victory over Notre Dame of West Haven at the Bennett Rink. White took a pass from Bryan Puffer at the top of the crease and beat goaltender Gregory Harney with a wrist shot to the stick side, improving the Jesuits to 6-1.

The dramatic victory over the rival Green Knights came in Fairfield Prep's first action since taking of three last week in a tournament in Rhode Island. "We played well," Fairfield Prep coach Matt Sather said. "We were a little sluggish in the first, but after that we played great. We got a lot of shots on net. Their goaltender played really well. We're just fortunate we got one in at the end."