Paul Connelly '48 to be honored

Paul Connelly '48 to be honored
cadams
Jul 1 2010 1:39 PM
Share to FacebookShare to TwitterShare to LinkedInShare to PinterestShare to EmailPrint this page

Paul Connelly, Fairfield Prep Class of 1948, to be honored with the St. Ignatius of Loyola Alumni Award 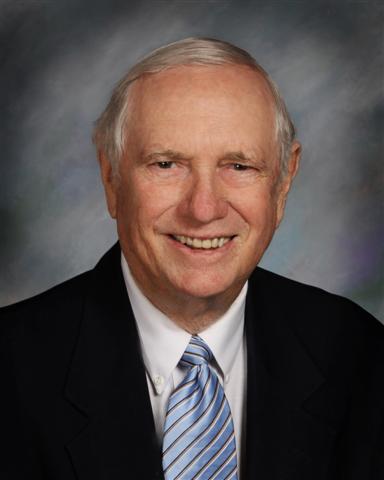 Fairfield Prep is pleased to announce that Paul Connelly, Class of ’48, has been selected as the first recipient of the new St. Ignatius of Loyola Alumni Award. This award was established to recognize those graduates of Fairfield Prep who exemplify the characteristics that Prep seeks to instill as educating a Man for Others: open to growth, intellectually competent, religious, loving and committed to doing justice. Paul will receive the award at a ceremony that will be held in the presence of the entire student body during the  Mass of the Holy Spirit on September 8 at 12:30 PM in Alumni Hall.

After graduating from Fairfield Prep in 1948, Paul continued his education at Niagara University. He was a high jumper on Niagara’s track team, a varsity letterman and team captain in his senior year. He participated year-round in both varsity and intramural athletics, regularly served at Mass, and took an active role in several service and social organizations on campus. Paul was also a member of Niagara University’s Reserve Officers Training Corps. Upon his graduation from Niagara in 1952, Paul was commissioned as a second lieutenant in the U.S. Army and completed his initial training at the army’s Infantry School at Fort Benning, Georgia.

Paul’s first assignment after graduating from Fort Benning Infantry School was to the 101st Airborne Division Camp, Breckenridge, Kentucky, where he served on the division faculty as a heavy weapons instructor. Paul’s next assignment was overseas in the First Cavalry Division, Hokkaido, Japan, where he served as Athletic & Recreation officer for the First Cavalry Special Troops.

Throughout Paul’s forty-year career in the insurance industry, he demonstrated a professional competency and a business ethic that were recognized many times over by promotions to positions of increasing responsibility. Relocating from time to time around the northeastern United States with his family in the early stages, he offered his time and talent to pastors in every parish where he was a member. Paul taught in the CCD programs of St. Sebastian’s and St. Theresa’s parishes in Pittsburgh, Pennsylvania in the early seventies. He additionally served multiple terms on parish councils of Christ the King Church in Liverpool, New York and later at St. Pius X in Fairfield.

Paul has lived and shared his Catholic faith openly at home, on the playing field, in business or social settings with Catholics, other Christians, people of other faiths and many who profess no religious faith. Paul is devoted to his family. He and his wife Mary Lou are residents of Fairfield and celebrated their fiftieth wedding anniversary in 2008. They taught and lived their faith as role models to their four sons and encouraged each of them in their own faith formation. All are graduates of Catholic universities.

Paul’s work at the Thomas Merton Center in Bridgeport, Connecticut over the past ten years is a typical example of his being a Man for Others, committed to doing justice and serving the needs of the poor in his local community. In 2008, Paul was awarded the St. Augustine Medal of Service by Bishop William Lori for his service to the Diocese of Bridgeport as a Merton Center volunteer.

In response to receiving the call about the award from Fr. Jack Hanwell, S.J., President, Paul said, “To say the least I was very surprised and practically speechless. It was a very humbling experience.” He also said he had a racing thought through his mind, that this was the nicest birthday present he could ever receive. “Ironically, my birthday is July 31 which happens to be St. Ignatius of Loyola’s birthday. I will be 80 years old July 31, 2010!” The Prep Community is very proud to recognize Paul for this important and well-deserved honor.