Jankowski '82 speaks at NY Breakfast
cadams
May 17 2010 4:34 PM
Share to FacebookShare to TwitterShare to LinkedInShare to PinterestShare to EmailPrint this page
Film producer discusses career/industry

Fairfield Prep sponsored a Business Breakfast at the Union League Club in New York on May 6. Over 40 alumni and guests attended to socialize and hear Peter Jankowski '82 speak about Prep, his career and the film industry. (See video below.) Peter is President and Chief Operating Officer of Wolf Films Inc., headquartered in Universal City, California. He serves as Executive Producer on the television series LAW & ORDER, LAW & ORDER: CRIMINAL INTENT, and LAW & ORDER: SPECIAL VICTIMS UNIT. He also produced the World Trade Center tribute TWIN TOWERS which won the Academy Award for best documentary short. Recently, he produced WHEN YOU’RE STRANGE, a documentary about Jim Morrison and The Doors, which premiered at the 2009 Sundance Film Festival and made its international debut a month later at the 2009 Berlinale Festival in Berlin, Germany 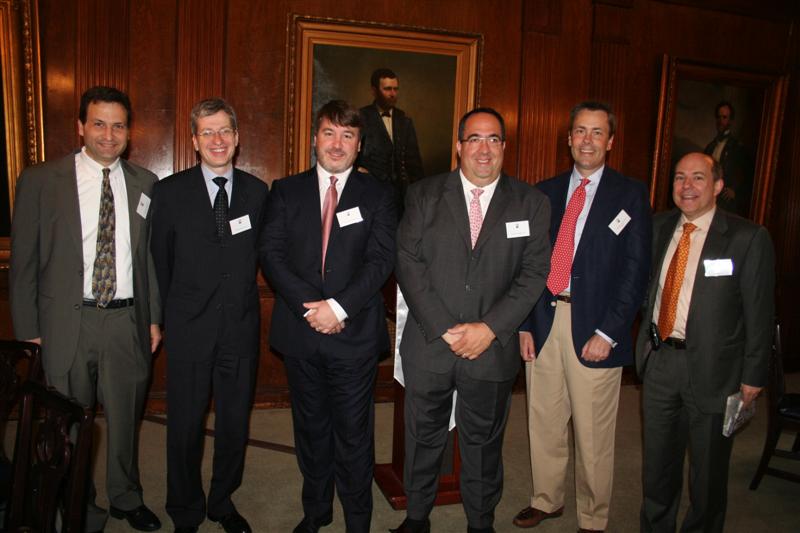 PETER WITH MEMBERS OF CLASS OF '82. CLICK ON PHOTO TO VIEW SLIDESHOW 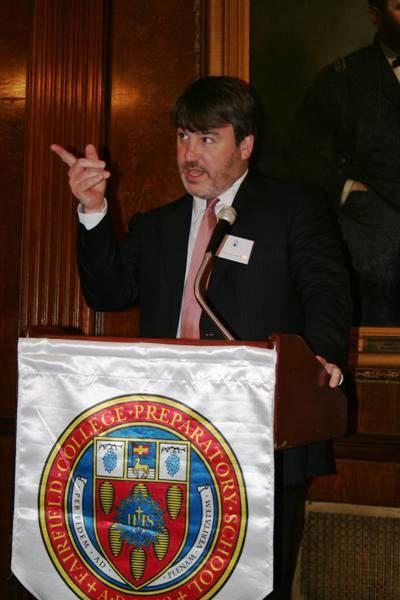 Peter spoke about the positive impact Fairfield Prep had on his life, and the strong influences of both his father and Dick Wolf, Founder of Wolf Films. He talked about the television industry and the rapidly changing entertainment business.