With 11 returning seniors, Jesuits hoping to continue their resurgence 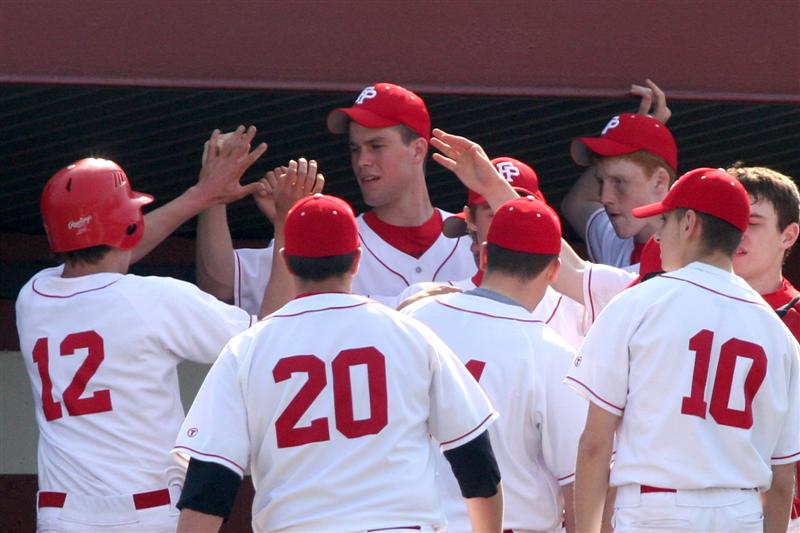 While the lacrosse team gets most of the attention at Fairfield Prep, baseball coach Rudy Mauritz hopes his team is on rise. The Fairfield Prep nine isn't likely to match its lacrosse brethren by reeling off four consecutive state championships. Still, the Jesuits showed significant improvement last year, finishing 10-10 after struggling to a 2-18 record in 2008.

The Jesuits face a competitive schedule in the rugged Quinnipiac Division of the Southern Connecticut Conference with eight games combined against defending ClassLL state champion, Notre Dame of West Haven, Xavier and Hamden. Fairfield Prep also has league games against Cheshire and Hand, and picked up Bunnell and Trumbull as non-league opponents to complete its 20-game slate.

But with 11 seniors returning with varsity experience, the Jesuits will be disappointed if they don't better last year's mark. "Last year was a really good accomplishment, to get eight more wins under our belt for the guys that are now seniors and a couple a guys that are now juniors," Mauritz said. "They experienced a sense of winning and what it takes to be successful. I would really like to see us better than 10-10. I think we can be. I like our schedule. I like the teams we played. I like the fact that we're going to have to be competitive to win them. That's going to be the hallmark of whether we're going to be a championship level team or not."

The Jesuits suffered a couple key losses. graduating Ray Buckley, who was a starter, closer and outfielder last season, batting close to .400. They also said good bye to right fielder John Blagys, who batted over .350. This season, Mauritz will be counting heavily on the 11 seniors, especially the team's four captains - third baseman Andrew Hollis, shortstop Matt Orlando, second baseman Jamie Richter and lefthander/infielder Will Brewster, who is expected to contribute on the mound and at the plate.

Line drive hitter Dustin Fidaleo has "great wheels" in center field, and 6-7 right fielder Connor Marr, has an "absolute canon for an arm," according to Mauritz. "One of the best high school arms I've ever seen for an outfielder," Mauritz said. Senior Nick Vig is once again expected to be the Jesuits' No. 1 pitcher after going 5-2 with a 1.7 ERA and 44 strikeouts last season.

Mauritz also is expecting big things from senior pitcher Max Freccia, who hit over .400 last season and has power to all field. "He's a very intelligent player, a very intelligent student," Mauritz added. "He's the kind of guy that I think every mother out there hopes her daughter brings home."

Another pitcher who is expected to contribute is senior lefthander Matt DeRosa, who changes speeds well and has an effective curve. The one thing Fairfield Prep lacks is a lot of home run hitters, so the success of the Jesuits may come down to how well the can manufacture runs.

Mauritz likes to play an aggressive brand of baseball anyway, saying that he models his team after the Los Angeles Angels of Anaheim, who have long been known for that style under manager Mike Scioscia. "We have good, solid pitching, I believe, and we have a very good infield," he said. "We have on outfield that will be able to track it down with anybody. "I think we're solid in the two main fundamentals to all baseball - pitching and defense. It's gonna be a matter of how well we engineer runs and making sure that we're getting on base. If we do those things, we'll be in great shape."