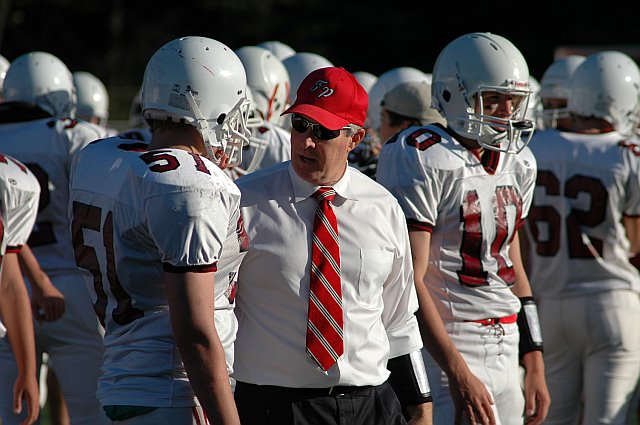 Fairfield Prep is pleased to announce Tom Shea ’73, current English teacher and past Freshman and JV Football coach, has been selected as the new Varsity Football Head Coach. Tom has taught English at Prep since 2005, following a successful business career as founder and chief business executive for several communications ventures.

Tom played football for Fairfield Prep and Harvard University, where he received his B.A. He continued his studies at the London School of Economics and Political Science where he earned a Master of Sciences.

Tom met with enthusiastic Prep students on January 20, to talk about his new position and the coming season: “I am honored and proud to be named just the 8th coach in Prep football history, and I look forward to working with our young men to revitalize our winning traditions. I feel we have the talent to be a good football team, but it is up to the players and their level of commitment and dedication to determine when that will be.”