Prep Scholar Athletes commit to College Football
cadams
May 25 2017 9:29 AM
Share to FacebookShare to TwitterShare to LinkedInShare to PinterestShare to EmailPrint this page
Nine Seniors recognized by Prep Football! 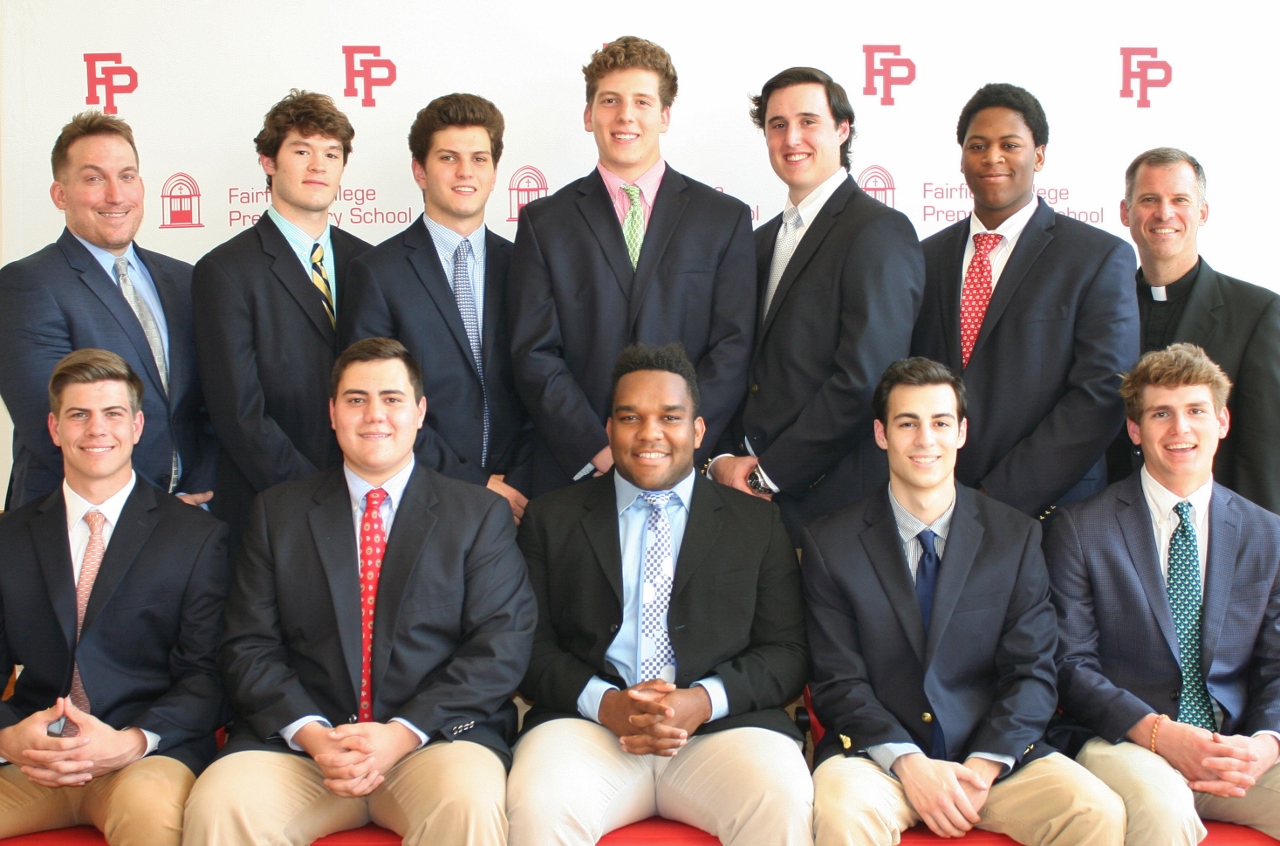 The Fairfield Prep Football team will be sending off 10 of their seniors to play college or post-grad football. Head Coach Keith Hellstern expressed pride in the talent, growth and motivation of these athletes. Hellstern acknowledged the role of these athletes in guiding the program this year and expressed optimism for continued success for Prep in the upcoming season.

Drew McAvey and Ayinde Johnson have both committed to Endicott College. McAvey, who was a key wide receiver for the Jesuits his senior season, has volunteered his time this past year at the Urban Impact program in Bridgeport. Johnson, finished his senior season with ALL-SCC and 2nd Team Walter Camp All-State honors. The senior defensive lineman volunteered his time at the Norwalk Senior Center for the past year.

Dillon Mirable has committed to Salve Regina University to play both football and lacrosse. Mirable, who plays running back for the football team and attack for the lacrosse team, completed his senior service at the Jewish Community Center.

Rounding out the college commitments, John Thorme, a linebacker for the Jesuits, will be attending Gettysburg College to play football. Thorme, who also is a key member of the rugby team, volunteered his time at the St. Matthew Youth Ministry his senior year.

Nathan Miller and Robert Haskins will both be attending post grad years next season, where they will be playing football. Miller, an All-SCC football player and key contributor on the rugby team, will be attending Trinity-Pawling. Miller completed his senior service at the Cardinal Shehan Center. Haskins will be attending the Hun School next year to play football. He was also an All-SCC pick as well as a News 12 Scholar Athlete. Haskins volunteered service at the Cardinal Shehan Center, while also being a standout player on the Fairfield Prep basketball team. Patrick Conte, quarterback for the Jesuits, committed to Yale University to play football. Conte, a Summa Cum Laude student and National Honor Society member, completed his senior service at the Cardinal Shehan Center in Bridgeport.