Gallagher '17 & Flynn '17 are SCC Scholar Leaders
cadams
Apr 13 2017 3:05 PM
Share to FacebookShare to TwitterShare to LinkedInShare to PinterestShare to EmailPrint this page
Juniors recognized for scholarship and leadership 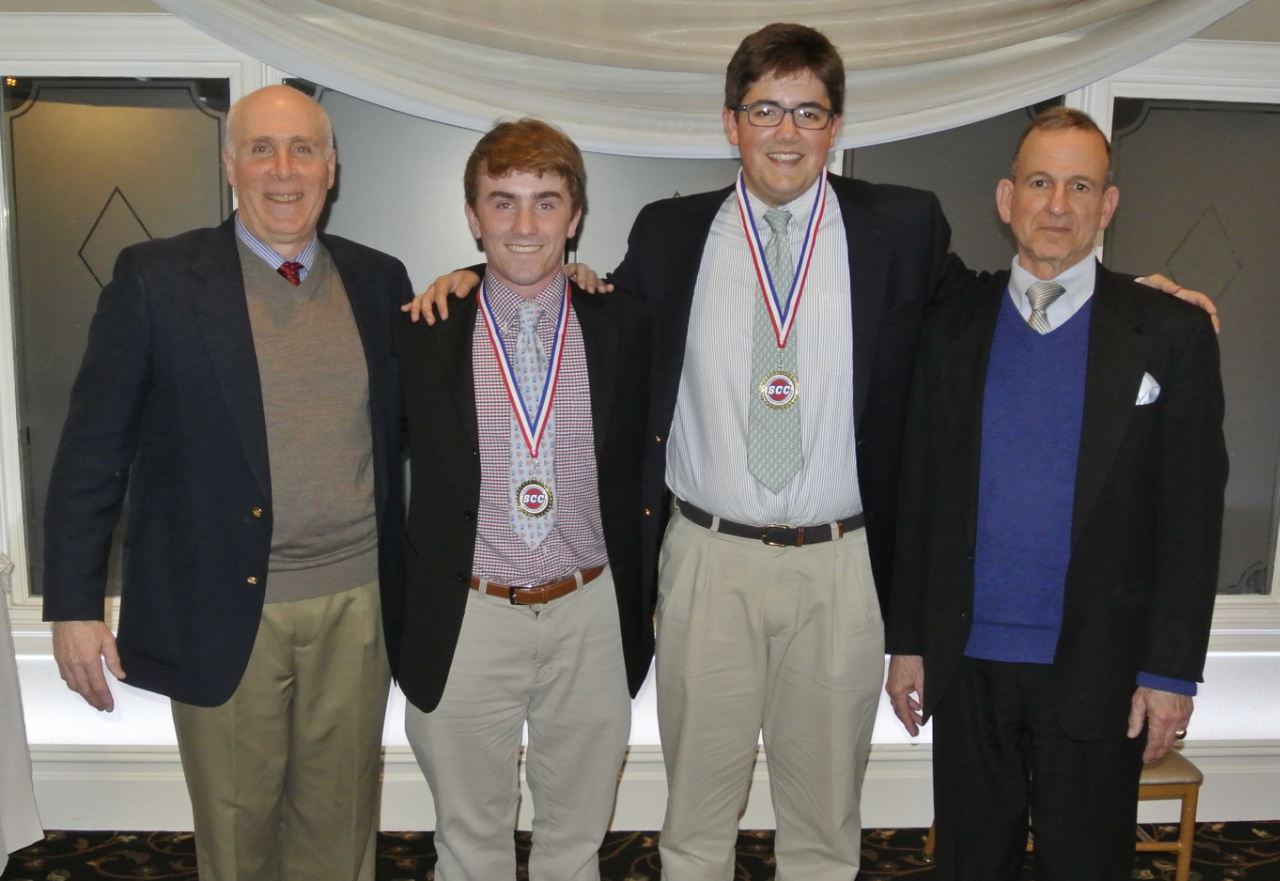 Kevin is a summa cum laude honor student, an AP Scholar and a member of the National Honor Society. Student Government President in his senior year and also an Eagle Scout, Kevin’s leadership is evident both in school and in the greater community. His service experience is extensive including participation on an Appalachian Service Trip, the White Ribbon Campaign, Relay for Life and founding “A Shirt off My Back,” an organization that provides clothing to those living in poverty. In school he is a member of the ice hockey and rugby teams as well as the Business Club, Stock Market Club, Symphonic Orchestra, Campus Ministry and serves as an editor for the Bellarmine Review literary magazine. Recently, Kevin competed in the Fairfield University "StartUp" competition for new business ideas. His top placing team's "Trees of Life" is a nonprofit organization that seeks to bring clean, potable water to millions who currently do not have access. Kevin will attend Yale University.

Brendan is a summa cum laude student, an AP Scholar and a member of the National Honor Society. He is involved in a wide-variety of activities including Prep’s baseball program, Symphonic Orchestra, Junior Classical League and Astronomy Club. Brendan has been a key student leader in Prep's Retreat programs, having served the community as a Freshman Retreat leader for junior and senior years, as well as serving as Rector of Prep’s Kairos 60 this year. His passion for sports had led Brendan to leadership as commissioner of Prep’s Fantasy Sports Club and he is has been a four year member of the organization "Scholars and Athletes Serving Others." Outstanding in service, Brendan took part in the Appalachian Service trip, and for his volunteer work in the community he was recently recognized as Kennedy Center Volunteer of the Year. Notably, since his freshman year, Brendan has volunteered hundreds of hours at the Kennedy Center’s Autism Project. Brendan will attend Georgia Institute of Technology.