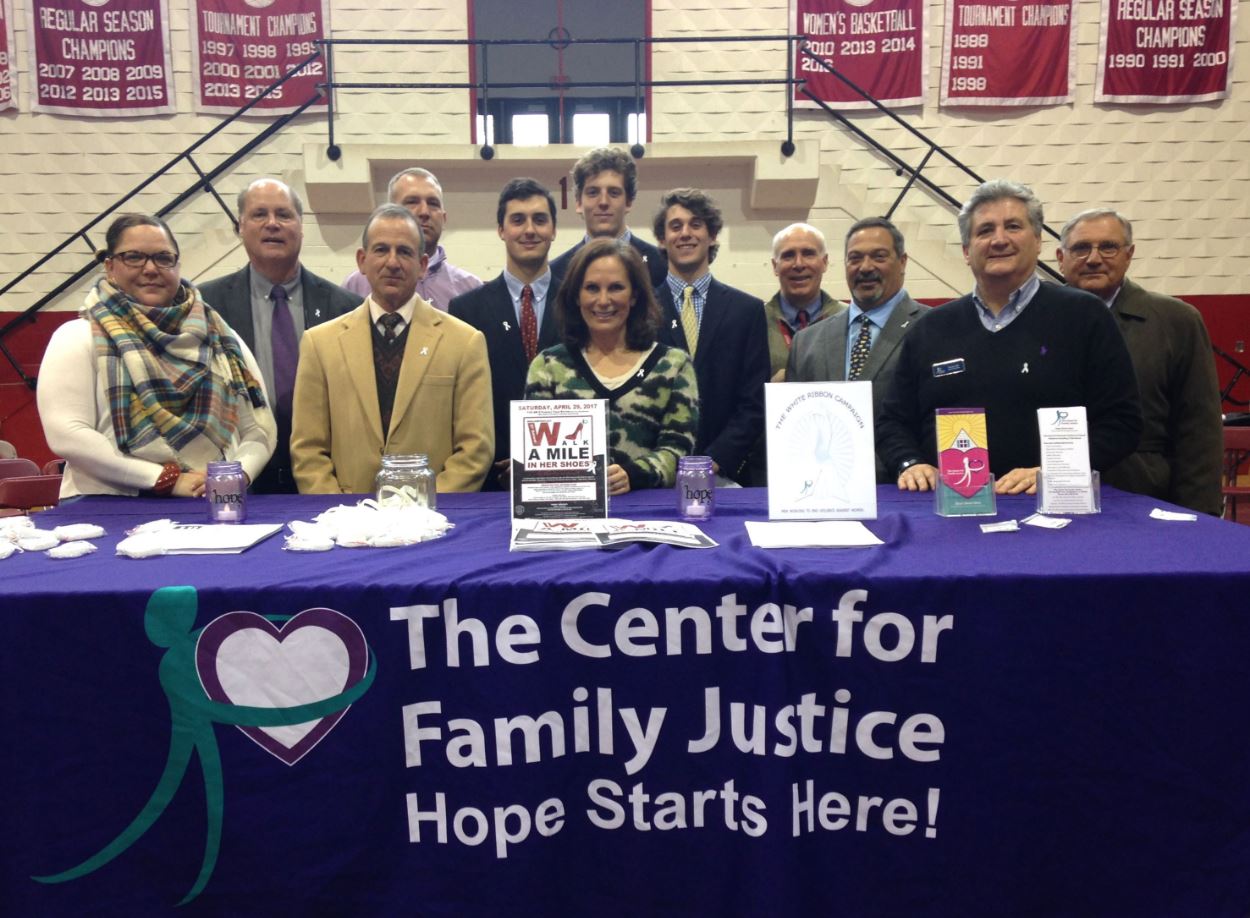 Fairfield Prep sponsored an assembly on April 4 to learn about the consequences of violence against women and girls. During this assembly students were led to take a pledge to support the White Ribbon Campaign initiative. This Campaign is a global campaign that began in 1991. More information can be found here: http://www.whiteribbon.ca/who-we-are/. Locally, the Center for Family Justice takes an active role in helping women who are victims of domestic abuse or sexual assault. The Center brought information, wristbands, and White Ribbon pins to share with the students.

Special thanks to the speakers who presented to the student body, as well as guests who attended to support the event.