Tennis team repeats as SCC Champs
cadams
Jun 3 2009 10:03 AM
Share to FacebookShare to TwitterShare to LinkedInShare to PinterestShare to EmailPrint this page
Beats Amity to win league title 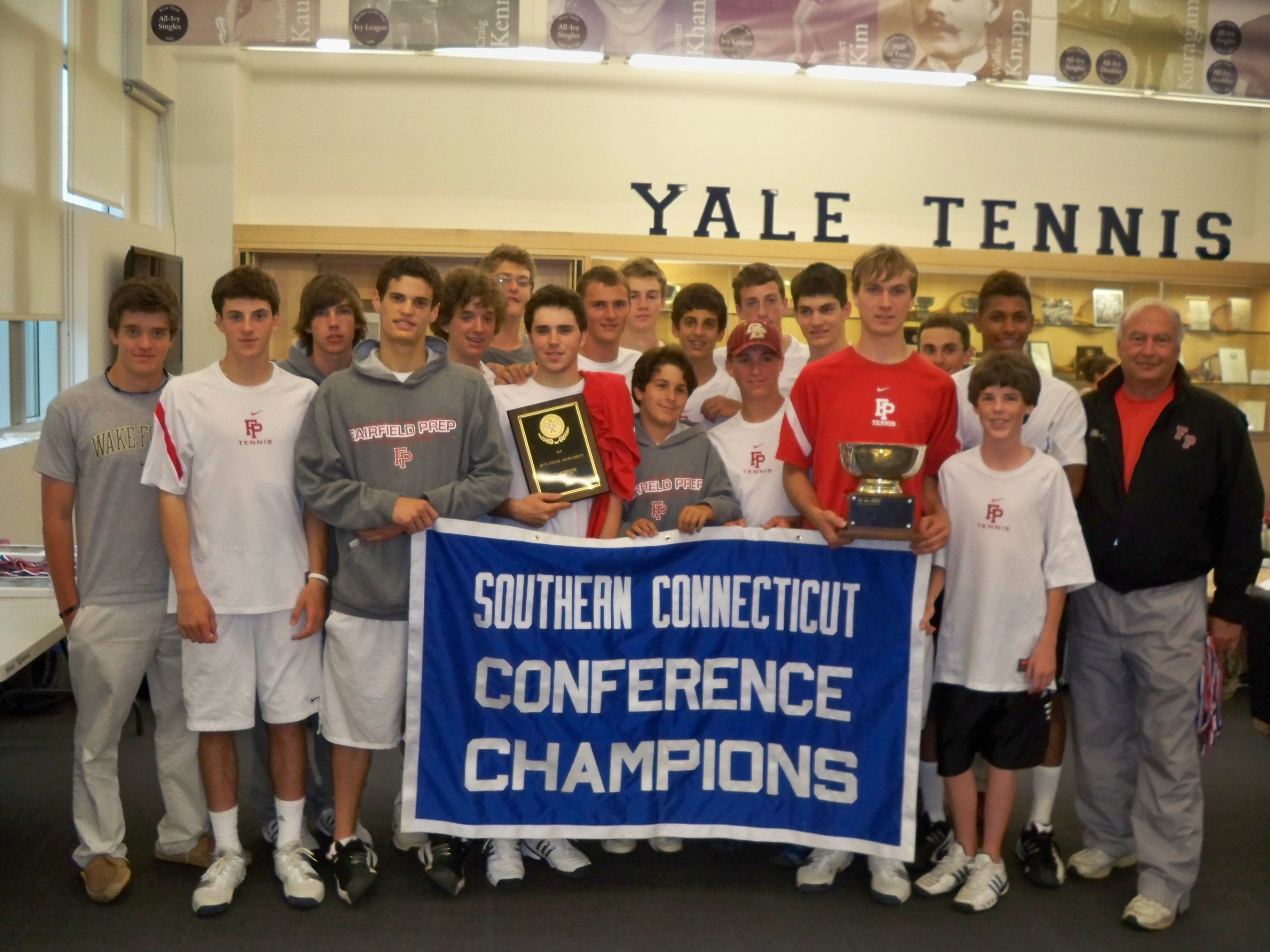 NEW HAVEN - Fairfield Prep wound up winning the match 5-2 at Yale University's indoor courts and repeating as SCC champions. It's the second straight year the Jesuits have defeated Amity for the SCC title. In the four years of the tournament's existence, the two teams have met in the finals each season. Amity won the first two titles, Prep the last two.

"The pendulum swings back and forth," noted 23rd-year prep coach Bob Harris. Prep had beaten Amity twice during the regular season, also by 5-2 scores. But both matches were filled with three-setters (including a Schwartz loss to O'Brien), and Harris expected nothing short of a stiff battle on Thursday.

Gordon Sommer had lost his No. 5 singles match with Gaurav Bhat earlier in the season, but rebounded to win in straight sets on Thursday. "That's a key, pivotal match," Harris said. At No. 4 singles, Prep's Nikko Squeglia, a power hitter, was matched up against the softer-hitting Eddie Hochman. "Sometimes, if you're not playing another power hitter, it throws your game off," Harris said. "I was a little worried about that matchup. Would Nikko be able to play against a different-style hitter?" He was, topping Hochman, 7-5, 6-2. And Harris was just as pleased with Ryan Carr's 6-0, 6-0 win over talented freshman Andrew Ginzberg at No. 2 singles.

"I'm very happy with every one of the five (singles) positions," the coach said. "Tom O'Brien's performance was a top-quality performance, he just came up a little bit short." And there was certainly no shame in that.

"When anybody cramps, I don't care who it is - if I'm playing Roger Federer or a local kid in high school - I still treat it the same, keep a business-like attitude on the court," said O'Brien, a junior. "I was playing my game, so why change it? Stevie's an exception. If he's cramping, he focuses that much more." Added Harris: "It was fabulous tennis. (O'Brien) had opportunities, and (Schwartz) responded admirably. I thought both players played extremely well."