Political Awareness elects officers
cadams
May 26 2009 9:43 AM
Share to FacebookShare to TwitterShare to LinkedInShare to PinterestShare to EmailPrint this page
New club leadership for '09-'10

The Political Awareness Club put democracy into action last week when the club elected its officers for the 2009-2010 academic year. The club has been in existence since the early years of Ronald Reagan's presidency, and yesterday's election was evidence of the club's continuing popularity and relevance. The newly elected officers include Tom Gaudett (President), Matt Juul (Vice-President), John Monroe (Secretary), and Mike Love (Editor-in-Chief of the Zeitgeist newspaper). Each officer was sworn-in at the end of the meeting by long-time club moderator and political savant Mr. Szablewicz. Congratulations to the new officers! 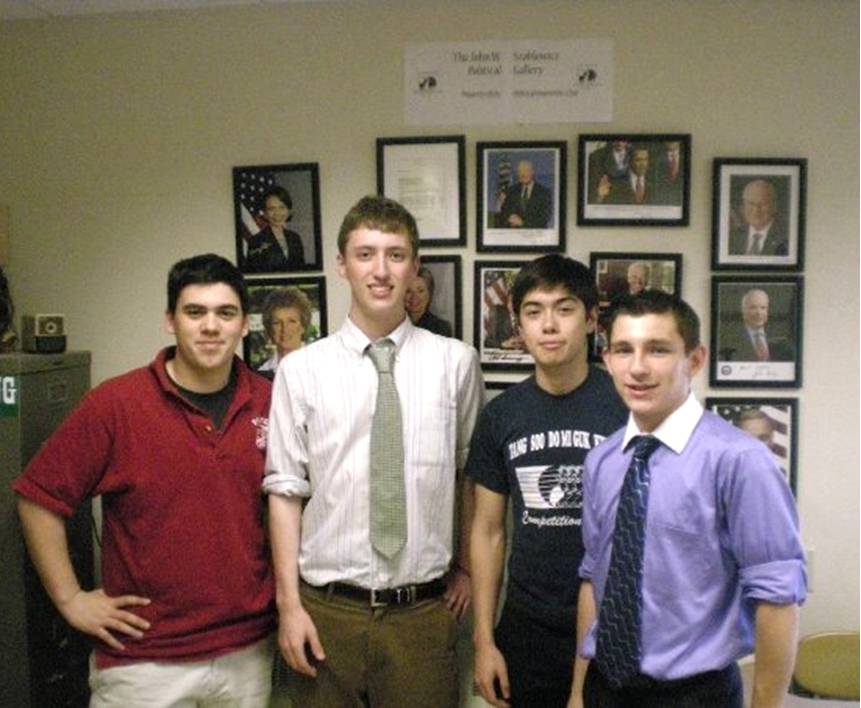 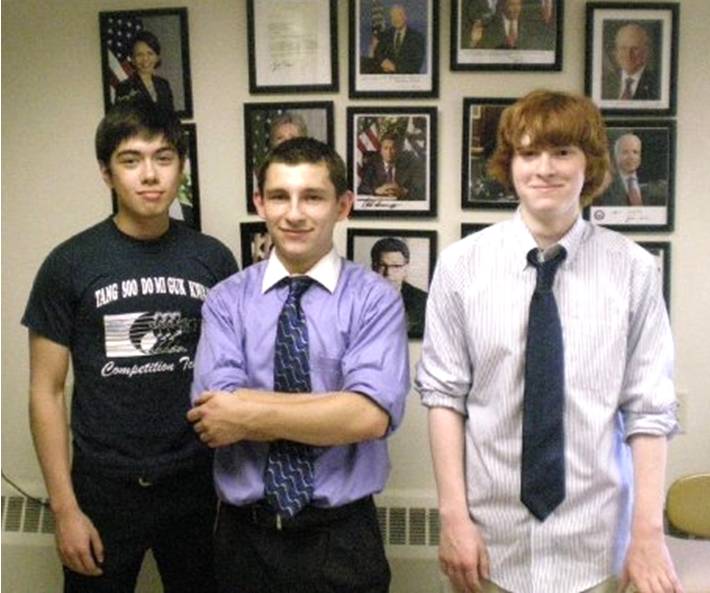 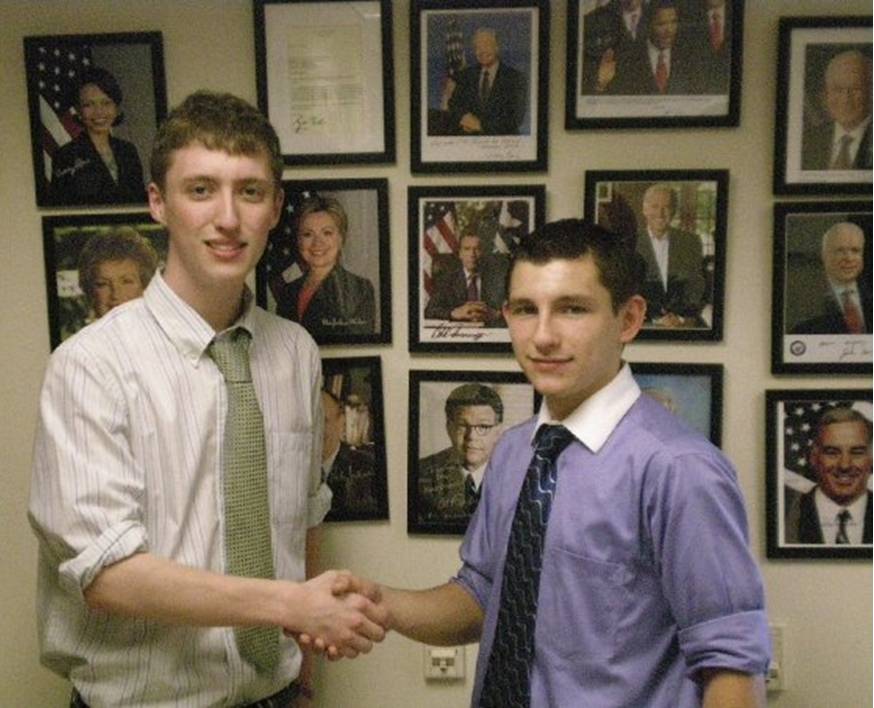 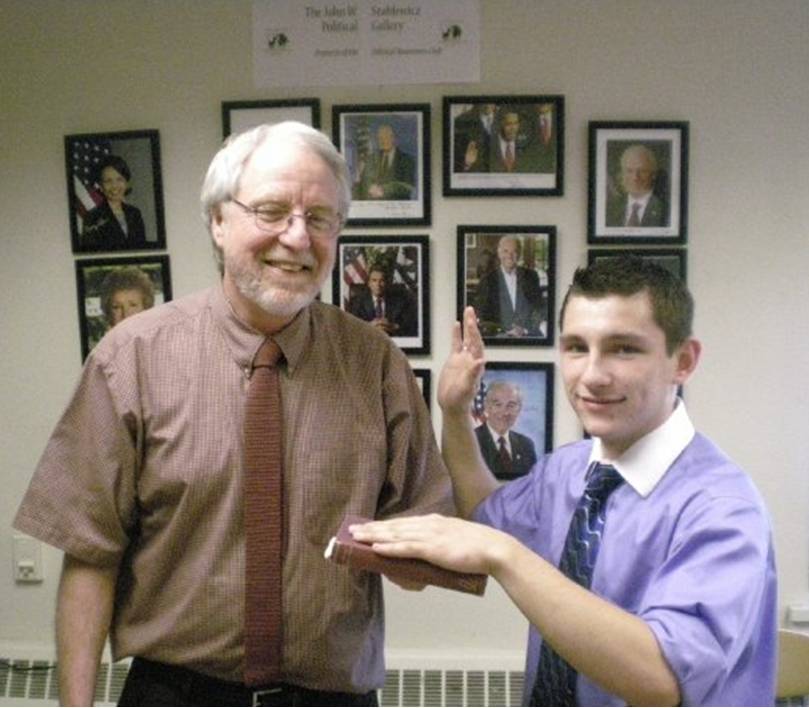