Balderrama, Cotto and Lichtenfels commit to College Athletics
cadams
Jun 10 2016 4:58 PM
Share to FacebookShare to TwitterShare to LinkedInShare to PinterestShare to EmailPrint this page

Fairfield Prep is pleased to recognize four scholar athletes from the Class of 2016 who will continue their athletic careers, having committed to play their respective sports at the college level. 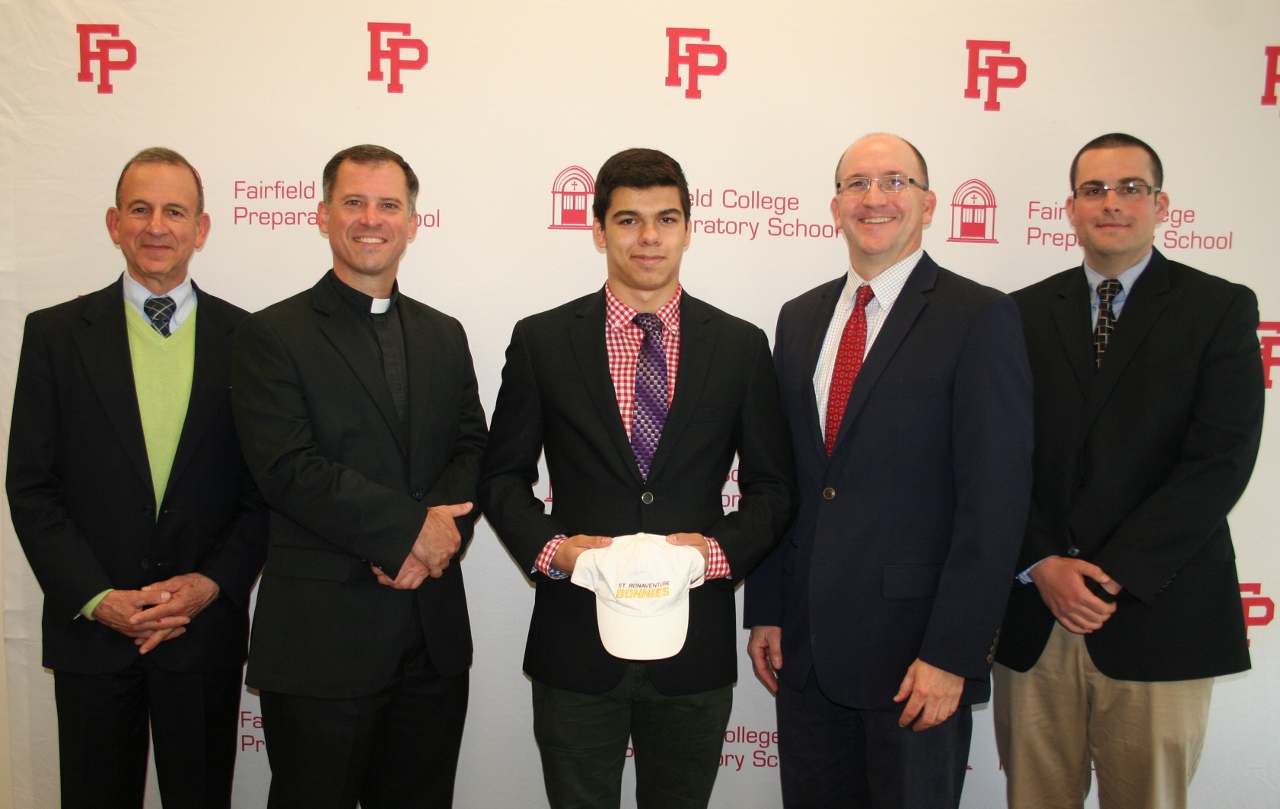 Guido Balderrama has been a four year member of the Varsity Swimming & Diving team. Guido has posted the #3 and #4 fastest times in program history in the 100 butterfly and 100 backstroke, respectively. Guido is a selfless teammate, often willing to sacrifice personal success for the team. His dedication was recognized by the team as he was elected Captain in his senior year. He has been All-SCC for four years and All -State for the past three. During Guido’s time with Prep he has helped lead the Varsity team to four straight SCC Championship Meet victories and three Class LL State Runner-up finishes. Outside of high school swimming he is a YMCA National Qualifier. Guido has offered his swimming talents to his community volunteering as a swim lesson teacher at the Greenwich YMCA. He has also volunteered at the Stamford Boys & Girls club tutoring in after school programs. Guido looks forward to continuing his education and swimming career at St. Bonaventure University. He is a resident of Norwalk, CT. 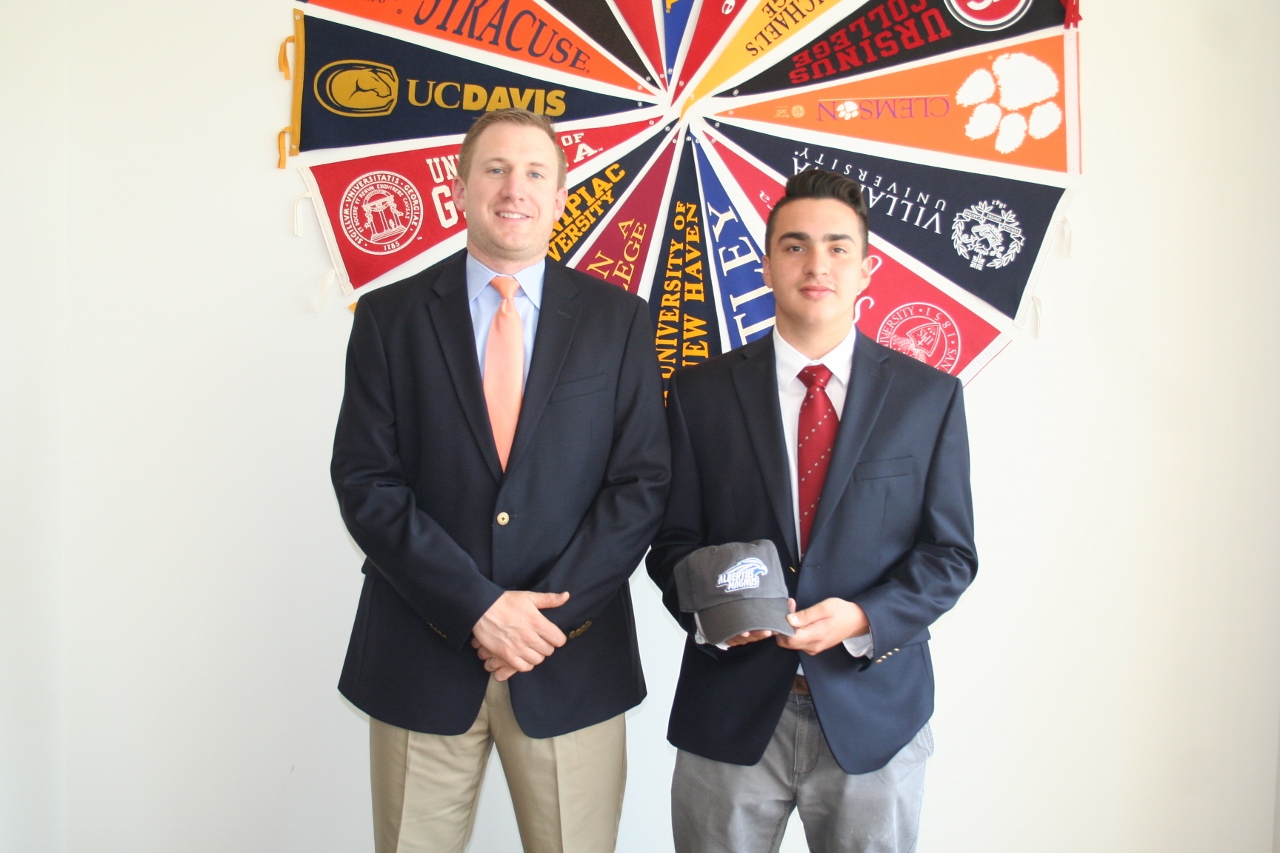 Matthew Cotto will be attending Albertus Magnus College where he will play on the Varsity Men’s Soccer Team. Matt has been a three year member of Fairfield Prep’s Varsity Soccer program. During Matt’s time on the team, Fairfield Prep won the SCC title in 2014 and reached the LL State quarterfinals in 2015. Outside of school he is Captain of Stratford United Soccer Club which won the League Championship in 2015. He was also the top goal scorer for Stratford United in 2014. In Fairfield Prep’s Jesuit tradition of service to others, Matt offered his soccer talents as a soccer camp counselor at Fairfield University for Brooklyn Jesuit Prep students. He has also volunteered at the Cardinal Shehan Center in Bridgeport, helping in their youth programs. Matt is a resident of Stratford, CT. 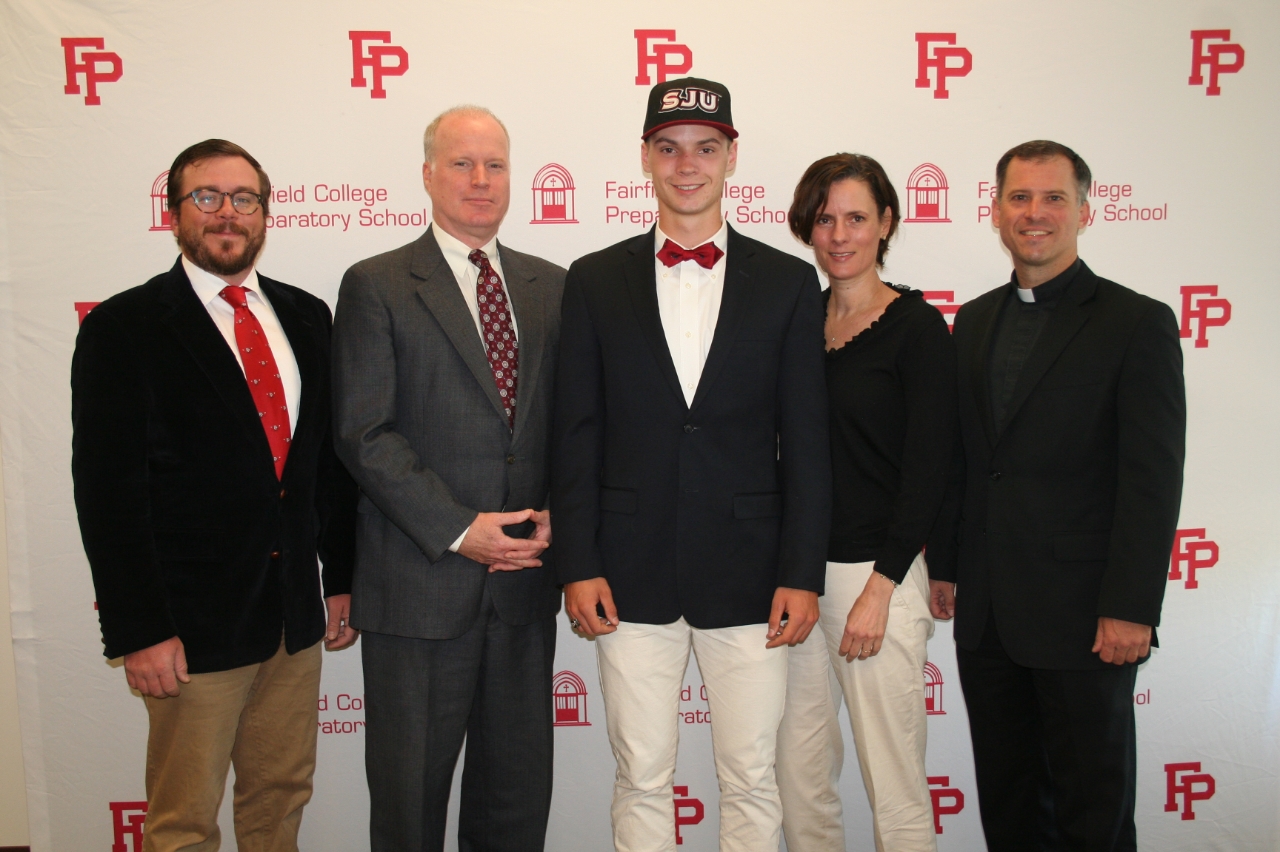 Kevin Lichtenfels, from Guilford, CT, will be rowing crew at Saint Joseph’s University next year. Kevin’s boat placed 3rd at the New England Championships, and 8th at Head of the Schuylkill. He also participated in the New England Interscholastic Rowing Association Championship in February 2016. Kevin has been on varsity crew since sophomore year, and also played baseball throughout high school. He gives back to his community by volunteering at the New Haven Reads program which offers tutoring for children, and the Evergreen Woods Life Care Retirement Community in Branford, CT.