Prep Lacrosse advances to State Semifinal
cadams
Jun 7 2016 4:52 PM
Share to FacebookShare to TwitterShare to LinkedInShare to PinterestShare to EmailPrint this page 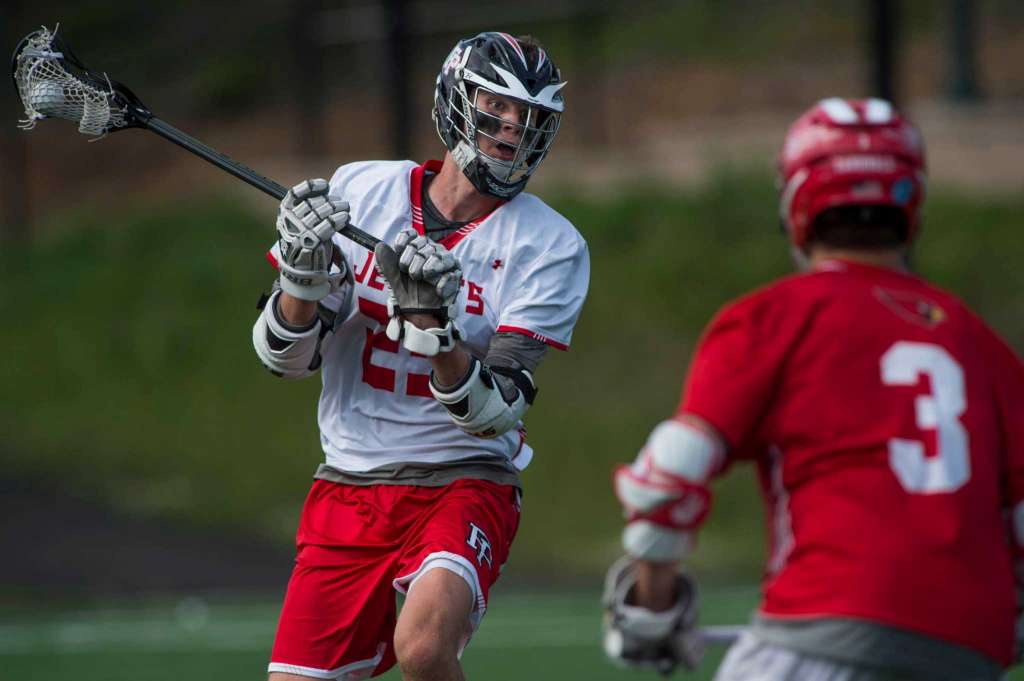 FAIRFIELD — Fairfield Prep saw its season come to an end in the state tournament the past two seasons with losses to Greenwich, and Saturday the Cardinals were closing in on handing the Jesuits another postseason defeat.

Greenwich held a one-goal lead with less than two minutes remaining in Saturday’s Class L Tournament quarterfinal, but rival Fairfield Prep wasn’t about to stay home the remainder of the playoffs, courtesy of the Cardinals, this time.

Capitalizing on a man-up situation, sixth-seeded Fairfield Prep scored two unanswered goals during a 27-second span and rallied to post a dramatic 11-10 comeback win over 14th-seeded Greenwich in the quarterfinals of the CIAC Class L Tournament.

The Jesuits (17-3) advanced to Wednesday’s semifinals, where they will play second-seeded Simsbury at a site and time yet to be determined. Simsbury earned a berth in the semifinals by edging seventh-seeded Wilton 14-13.