Prep Lacrosse wins SCC Championship
cadams
May 27 2016 12:53 PM
Share to FacebookShare to TwitterShare to LinkedInShare to PinterestShare to EmailPrint this page 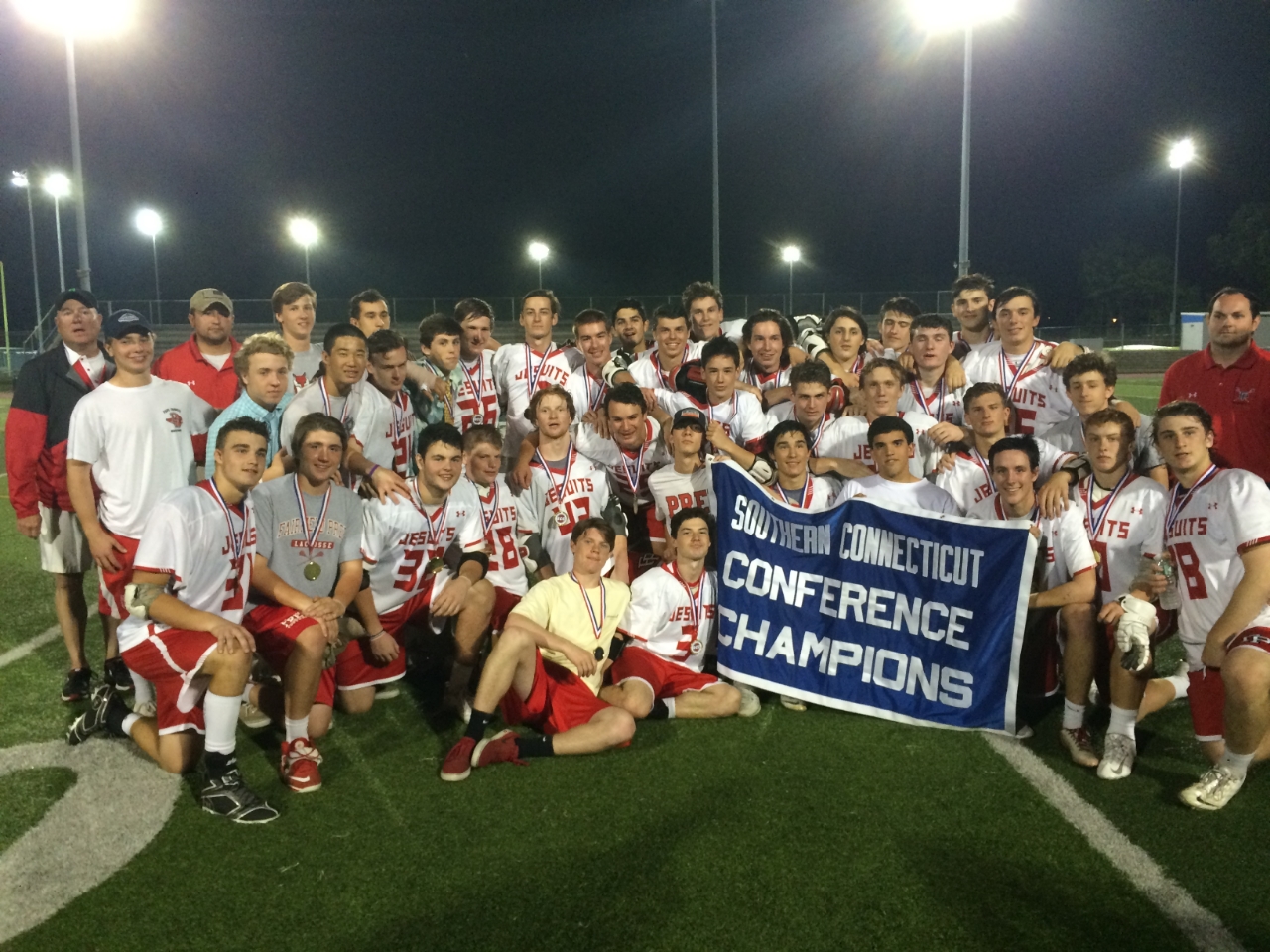 WEST HAVEN >> The Fairfield Prep boys lacrosse team took no prisoners against Southern Connecticut Conference teams in the regular season, going 10-0 against them and outscoring those 10 SCC opponents 138-44.

Despite a valiant overall effort by Guilford in the SCC tournament final, make that 12-0 for Prep against league opponents this season.

Colin Smalkais, Jesuits coach Chris Smalkais’ son, scored with 2:50 left in sudden death overtime to lead No. 1 Fairfield Prep to a 12-11 win over No. 2 Guilford in the SCC tournament championship game at Strong Stadium on Thursday.

Brendan Hoffman, TJ Walton and Chris Brown scored three goals each and goalie Jack O’Connor had 10 saves for the Jesuits.

“On that final play we were just passing it around looking for a good shot,” Colin Smalkais said. “I saw an opening, took the shot and got lucky. I wasn’t sure if it was going in but I was hoping. It felt great when I actually saw it in the net. This was an awesome experience, winning this for my dad and playing in my last SCC game. Guilford is always a good team so none of us were surprised they played so well.”

“This was our first night game this season and we had some problems with the lights,” Chris Smalkais said. “But Guilford played great. We haven’t allowed 11 goals in one game in a very long time. It’s always exciting to win championships, it’s what we play for.”

In the first half, Guilford gave the Jesuits all they could handle and actually built up a two-goal lead.

Brendan Hoffman gave the Jesuits a 1-0 lead with 8:07 to go in the first quarter. But Guilford’s Rob LoRicco responded with two straight goals with 6:30 to go and 5:48 to go for a 2-1 Indians lead.

Prep responded with three unanswered goals by Mitch Savoca, Colin Smalkais and Chris Brown to close the half for a 6-5 halftime lead.

The teams went back and forth on offense in the second half. The Jesuits looked in control when Walton gave them an 11-9 lead with 4:06 to go in the fourth quarter. But LoRicco scored two unanswered goals. His goal with 29 seconds to go tied the game at 11, sending the game into OT and setting up the game-winning opportunity for Colin Smalkais.

LoRicco ended up with four goals, John DeLucia had three and Dacey had two goals and and an assist.

“When you get this close, you really would like to go that extra distance to win the championship,” Guilford coach Brian White said. “This was a great overall effort from all our guys and they gave us everything they had. Our game earlier this year was a close one too. Prep just has a lot of talented kids.”
Fairfield Prep 12, Guilford 11 (OT)