Prepsters "compete" in tunics at CT Latin Day
cadams
May 25 2016 3:40 PM
Share to FacebookShare to TwitterShare to LinkedInShare to PinterestShare to EmailPrint this page 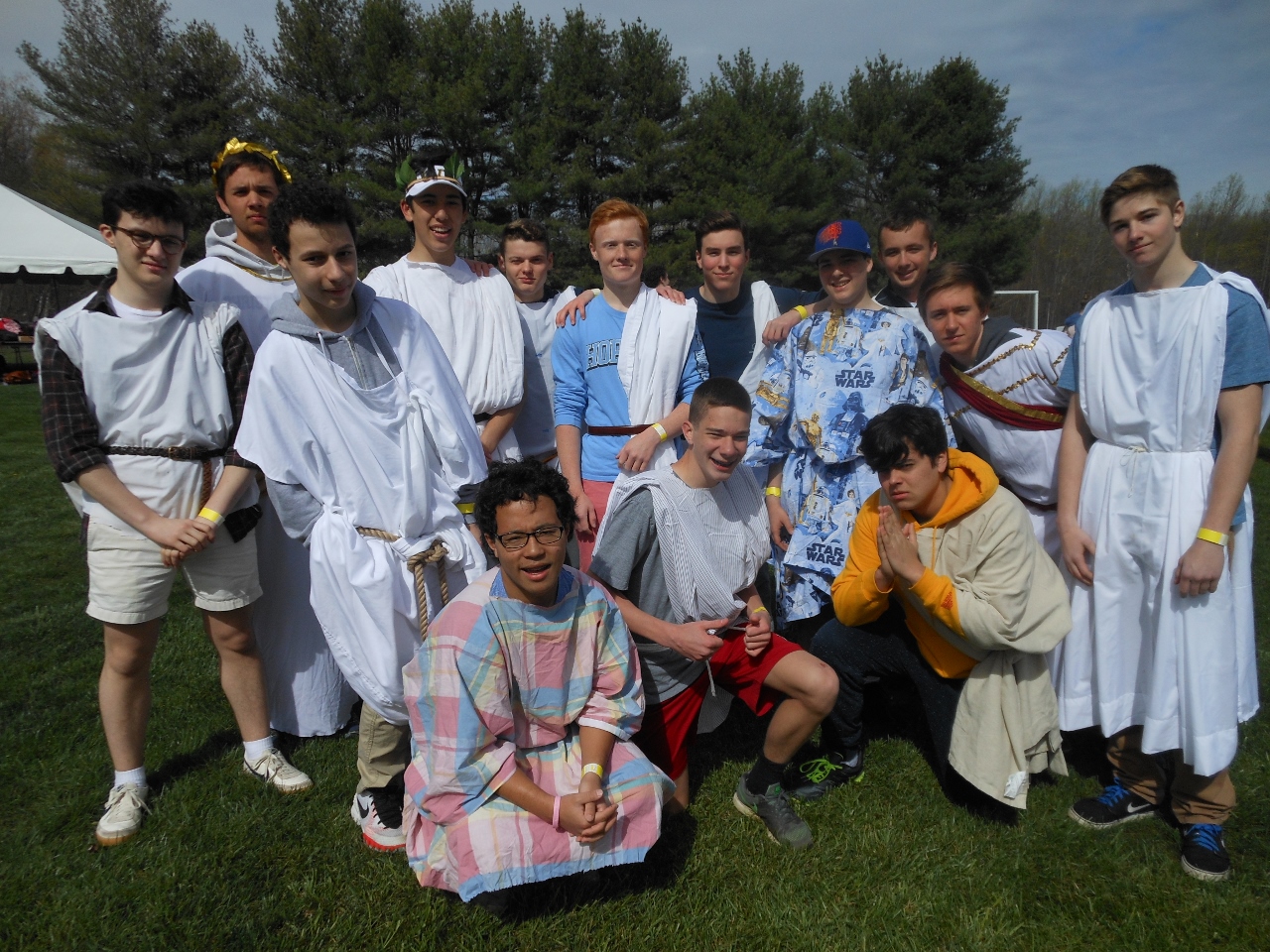 On April 29, twenty-five Latin scholars, accompanied by Ms. Koren Mumma and Mr. Robert Bernier, attended the annual Connecticut State Latin Day at Holiday Hill. Clad in tunics of their own design, students fueled up with breakfast nachos and donuts before taking advantage of the day’s wide range of activities. Those hungry for knowledge attended various workshops, presentations, and academic contests. Many enjoyed catching up with friends made in past years and playing soccer, basketball, badminton, volleyball, baseball, and Ga-ga. Scott Cunningham ’18, John Feeney ’18, Alexey Linsenmeyer ’18, Brian Noone ’18, and Andrew Rothe ’17 spent most of the day dominating all competitors on the basketball court, but it was Michael Kellner ’18 who took first place in the Free Throw Contest. Prep’s impromptu volleyball team under the coaching of Darth (Niko) Lignore himself '16 managed mostly to take down the net. Danny Hua ’18 was quite rightly singled out for his plaid tunic by the tunica judges. Michael Antonico ’17 impressed his teammates by his ability to wrangle some girls for Prep’s soccer team in record time, allowing him to come in 3rd place in the Broad Jump Contest. Of course, all activities halted upon the whiff of lunch coming from Holiday Hill’s enormous grills. Re-energized by a hearty lunch, the boys returned to their endeavors with their usual enthusiasm.