Alejandro Castillo '16 wins Rugby Scholarship
cadams
May 20 2016 1:10 PM
Share to FacebookShare to TwitterShare to Google+Share to LinkedInShare to PinterestShare to EmailPrint this page 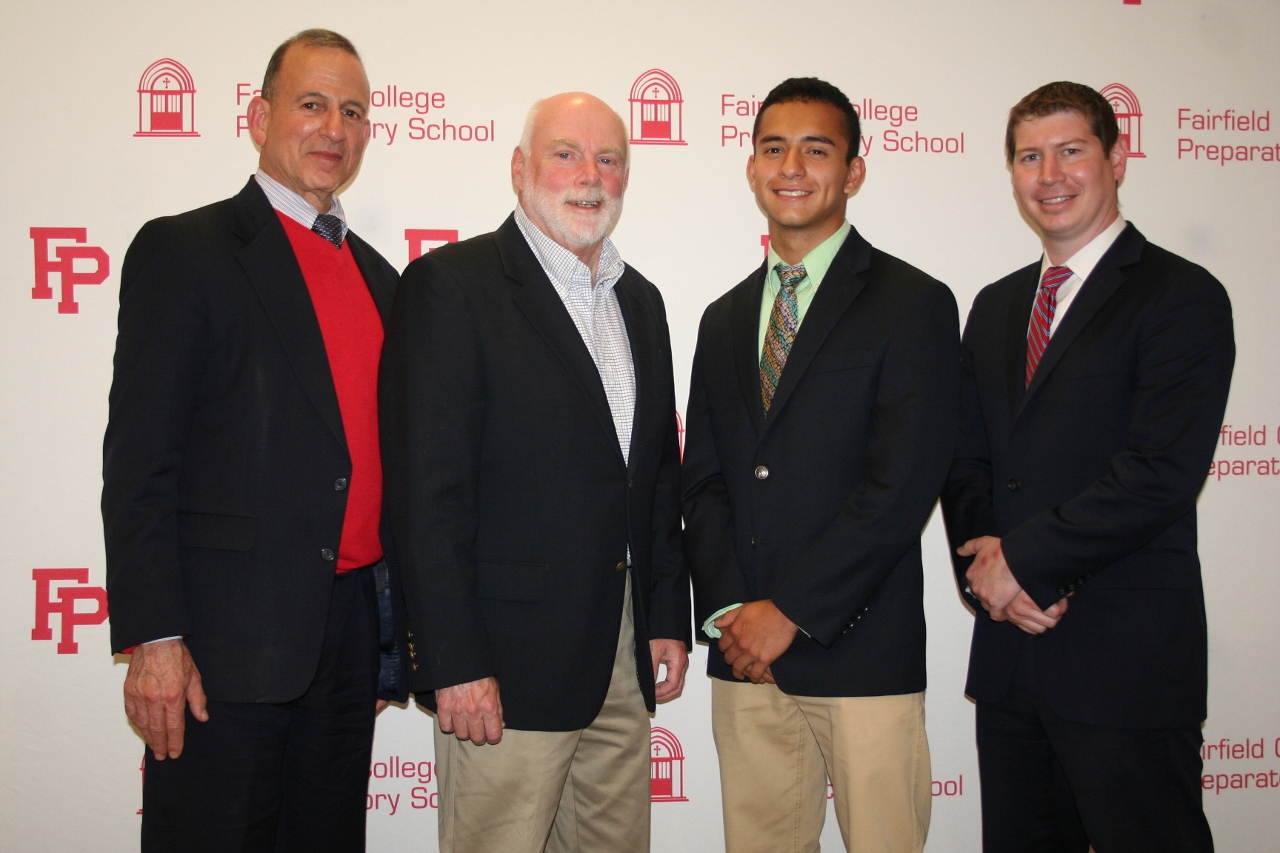 Alejandro Castillo '16 has been named recipient of a $2,500 Loyola Rugby scholarship. The scholarship is for an incoming freshman that played rugby in high school and is committed to playing and upholding the Jesuit values of the Loyola University Maryland Rugby Team. The scholarship selection was aided by Mark Giordano, Prep Class of ’04 and Loyola Class of ’08, who volunteered to be Prep’s scholarship representative for the Loyola Rugby Alumni Group. Alejandro is receiving the inaugural scholarship award sponsored by the group, which coincides with the 40th anniversary of the founding of the rugby club.

During the course of his high school career, Alejandro has excelled in academics, athletics and in service to others. He has been a three year varsity letter earner in Rugby. As a scrum half, he helped lead the Jesuits to a first place finish in the Northeast Jesuit Rugby Tournament this spring and a Runner-Up finish in the Connecticut State Championship in 2015.  He was elected Captain of the Rugby team his senior year. Alejandro has been a Cum Laude student for four years as well as a member of the National Honor Society, where he serves as a peer tutor. Outside of school Alejandro has offered his time and talents to underserved communities both locally and internationally. In senior year he has served as a mentor at the McKinley school after school program. His interest in medicine has also led to summer volunteer work at Bridgeport Hospital. In the fall of junior and senior year, Alejandro spent a week in Columbia as part of Healing the Children. Fluent in Spanish, he served as a translator and assisted ear, nose and throat doctors in surgeries for children with cleft palates. Alejandro envisions a career in medicine and will pursue a pre-med program as he continues his education at Loyola University Maryland.