Math Team takes 3rd in State Competition
cadams
Apr 28 2016 1:06 PM
Share to FacebookShare to TwitterShare to LinkedInShare to PinterestShare to EmailPrint this page 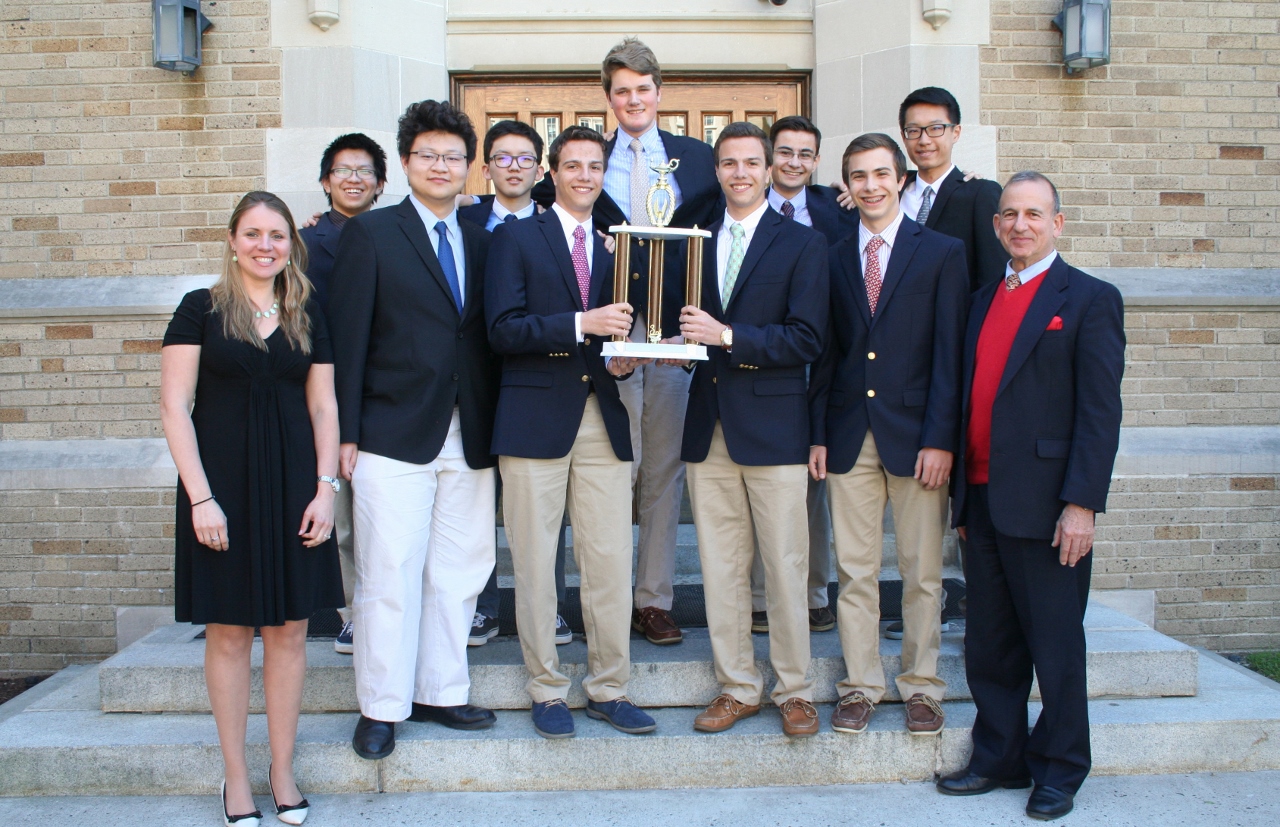 The Fairfield Prep Math Team won 3rd place in the state competition held recently at Greenwich High School. They qualified for the Regional Competition in Canton, Massachusetts, on April 29.

The Math Team participates in the Fairfield County Math League. They compete against 23 other schools in the league. The top 12 schools advanced to compete in the state competition where there were 46 other schools from the entire state. The state competition included three divisions: small, medium and large. In the medium division, Prep took 3rd place. Since the team finished in the top three, they qualified for the regional competition in Canton, Massachusetts.

In the regional math team tournament at Canton High School in Canton, Massachusetts, the Fairfield Prep Math Team placed 9th out of 16 teams in their division. This was the Prep team's first appearance at regionals, competing against other math teams from Maine, New Hampshire, Vermont, Rhode Island, and Massachusetts. It was a great experience for everyone!