Fairfield Jesuit Community donates $100,000 to Jesuit Educators Academy
cadams
May 13 2015 3:53 PM
Share to FacebookShare to TwitterShare to LinkedInShare to PinterestShare to EmailPrint this page
Supports the Foundations for the Future campaign 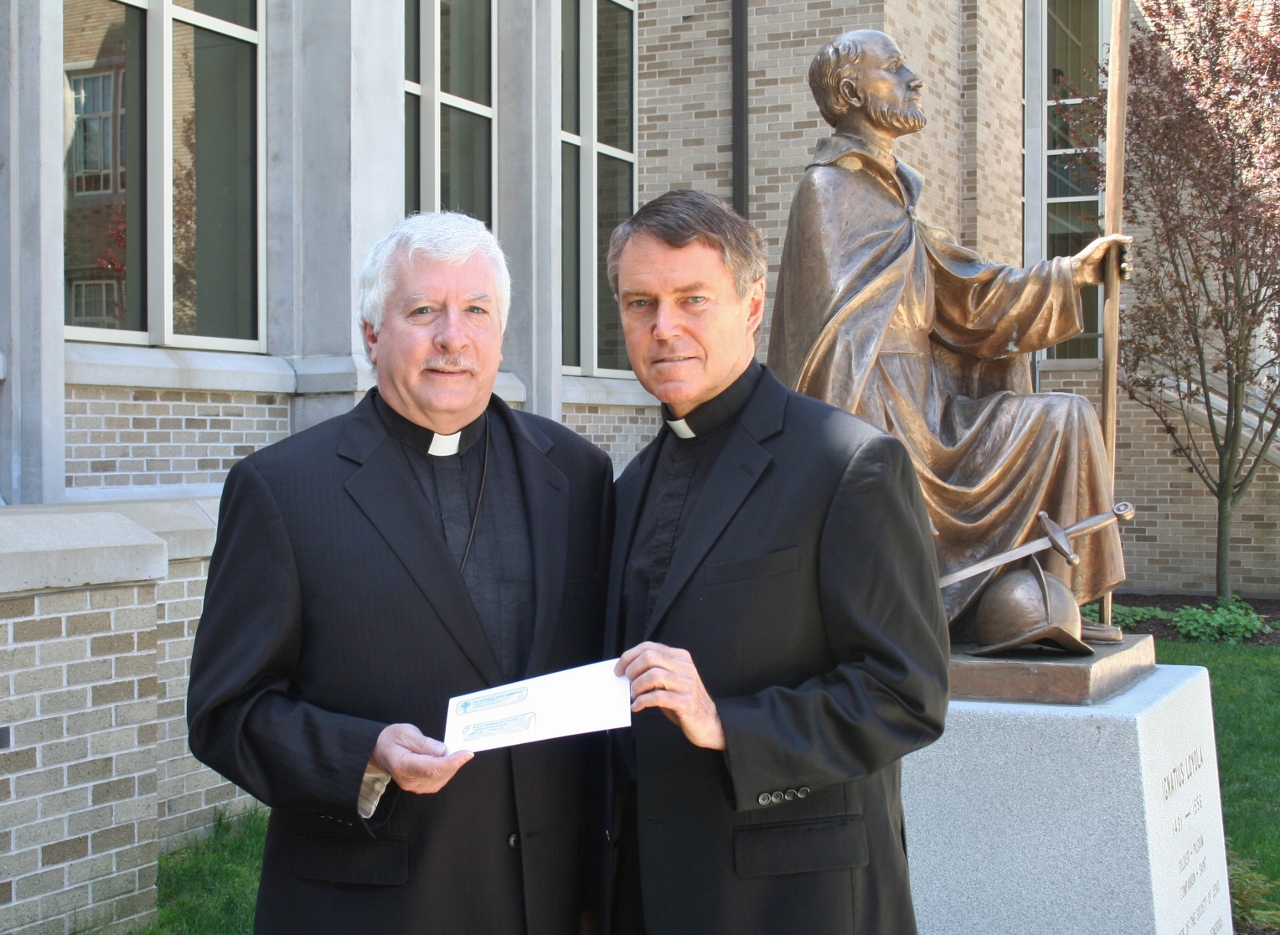 Parents and students choose Fairfield Prep primarily because of its Jesuit tradition. The Jesuit approach to education is widely recognized as rigorous and deep. Although Fairfield Prep is blessed to have a few Jesuits on the faculty, this small number of priests is indicative of the gradual and inevitable decline of Jesuit presence in secondary schools in the United States.

In addition to the declining numbers of Jesuits, many of the laymen and laywomen we hire today are not only new to teaching, but they are also unfamiliar with the mission and methods of Jesuit education and its spiritual foundations. Prep’s strategic plan identified this lack of familiarity as a key challenge: “We no longer enjoy a readymade cadre of educators already formed in Jesuit spirituality and teaching pedagogy.” In response to the need to retain our Jesuit identity in the wake of these major challenges, Fairfield Prep developed the Jesuit Educators Academy (JEA), which focuses upon the professional, spiritual and personal formation of faculty and administrators in order to create an Ignatian Learning Community (ILC).

Phase I of the JEA, formation of new Ignatian educators, was launched in 2003. It consists of a five-year program that immerses new faculty and administration in the Jesuit mission and introduces teachers to Ignatian methods of teaching and learning.

Phase II of the JEA is designed for teachers beyond their first five years at Prep. This second phase will provide support for seasoned teachers to attend discipline-specific conferences or mission travel abroad during their winter, spring or summer breaks, take post-master’s coursework and workshops, design a research-based semester sabbatical, and participate in in-house workshops and other endeavors that foster the establishment of an Ignatian Learning Community.

All of these opportunities and experiences will pay dividends in the energy and enthusiasm our dedicated faculty will bring to our students in the classroom. Phase II of the JEA at Fairfield Prep will serve as a model for the professional, spiritual and personal formation of lay faculty, and will establish Prep as a national and international leader in Jesuit education.