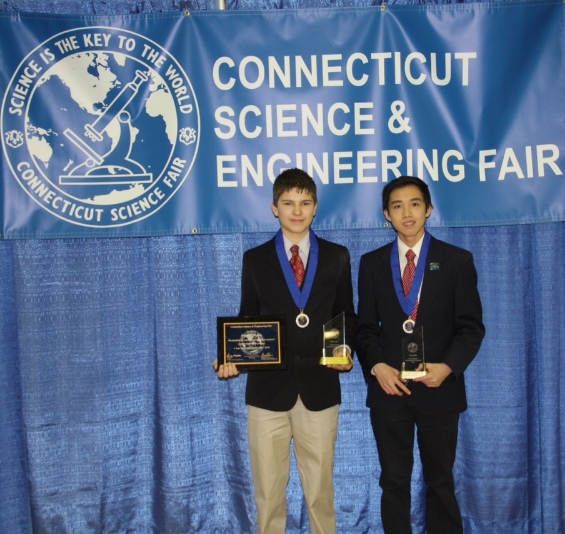 Jonathan Siveyer earned a First Honors and was a finalist in the Pfizer Life Science Award. He also won the Stockholm Junior Water prize and has been invited to advance in the competition. Additionally, he received the four-year participation award.

Junlin Mo earned a Third Honors and was a finalist in the Peoples United Bank Mathematics award.

The Connecticut Science & Engineering Fair is a yearly, statewide science and engineering fair open to all 7th through 12th grade students residing, or enrolled, in Connecticut schools. An important objective of the program is to attract young people to careers in science and engineering while developing skills essential to critical thinking. Through science fair participation, students are encouraged to pursue independent work using proper research methods.