Colin Flynn '15 honored as Kennedy Center Youth Volunteer of the Year
cadams
May 11 2015 10:29 AM
Share to FacebookShare to TwitterShare to Google+Share to LinkedInShare to PinterestShare to EmailPrint this page
Flynn brothers recognized as News12 Hometown Heroes 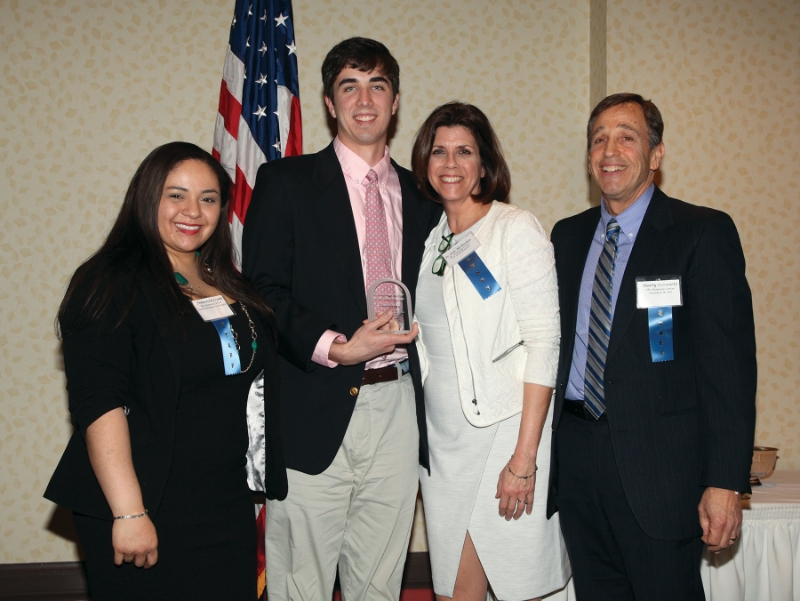 Colin Flynn '15 was honored as Kennedy Center Youth of the the Year at the recent annual awards dinner. Colin has volunteered for the Kennedy Center for the last three years at Black Rock School in Bridgeport, as part of the Lighthouse Program. The Kennedy Center supports people with disabilities by offering a broad range of programs and services for children, adults, and the elderly with diverse disabilities. The Bridgeport Lighthouse program works with children with special needs, such as autism, to help them be more successful in an after school program. Colin's brother Brendan '17 also volunteers through the Kennedy Center, and both boys were featured as News 12 "Hometown Heroes" in December.