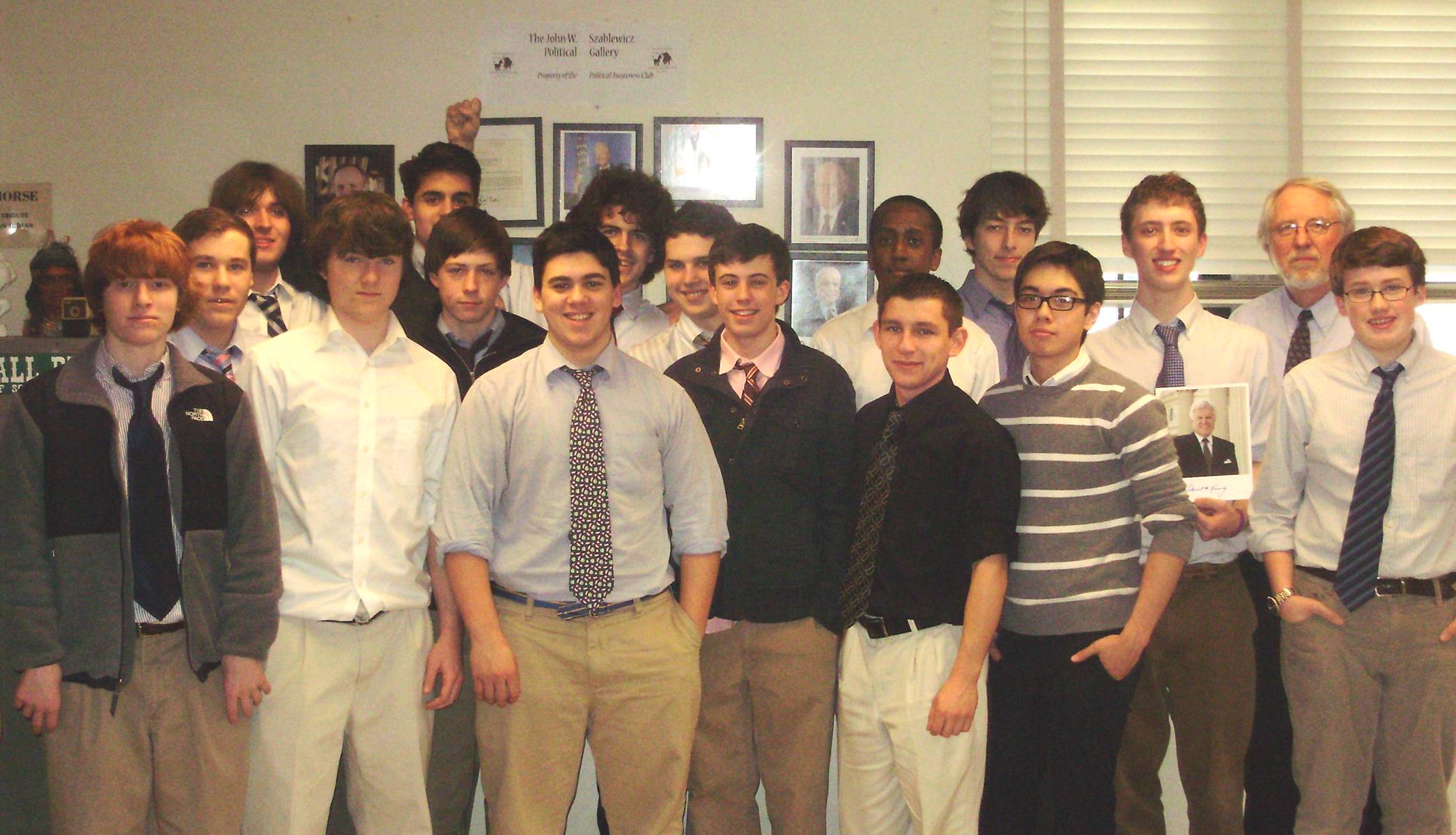 The Fairfield Prep Political Awareness Club has spent this past school year writing to America's elected leaders requesting that they contribute a hand-signed photograph to the "John W. Szablewicz Political Gallery" in order to show their support for the club's mission (creating a forum for bipartisan political dialogue). The effort, spearheaded by club president Richard Johnson '09, has collected many autographed pictures and letters of congratulations. 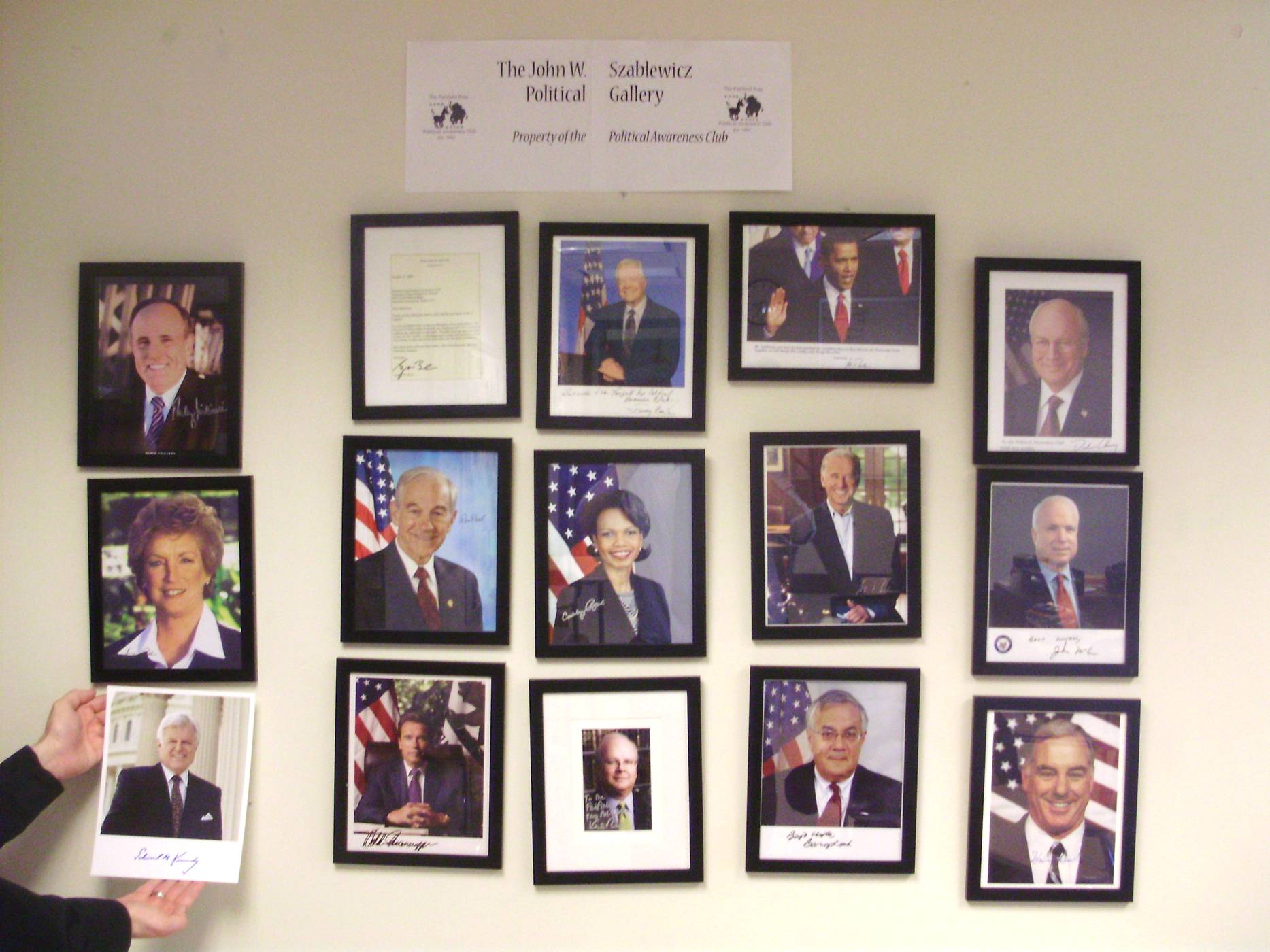