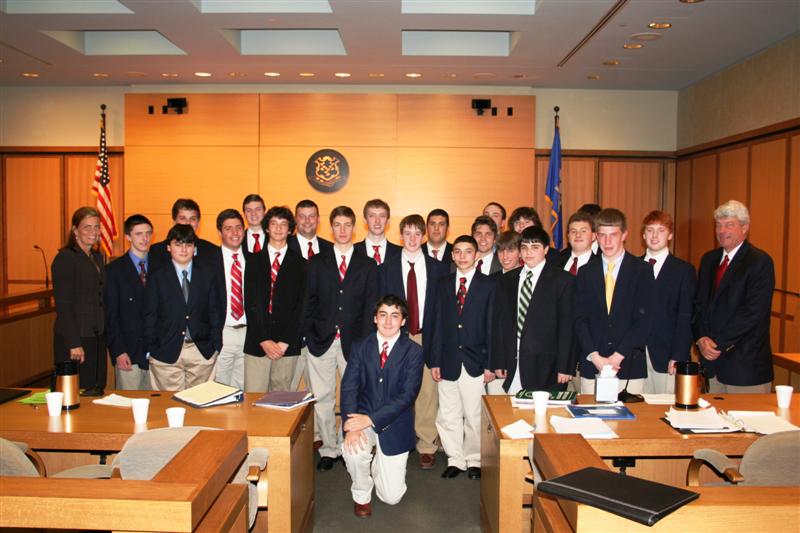 On March 27, the Prep Mock Trial Team participated in the Regional Finals of the Connecticut Mock Trial competition at the Stamford Superior Court. The team, consisting of 21 students from all four classes, had worked for over three months preparing for the competition. The students formed two teams, one for the plaintiff and one for the defendant, to argue a civil case in which the plaintiff had suffered severe injuries from a fire in a barn owned by the defendant. Prep competed against seven other schools from Fairfield County. Stephen Donahue '92 was the faculty advisor to the team, and he was assisted by Stephen Donahue '62 and Christine Donahue Brown, local attorneys. Seniors Peter Walsh, Richard Johnson and Steve Habetz have participated on the teams since their freshman year. Many of the underclassmen were involved as attorneys, witnesses and understudies to the attorneys and witnesses. At the competition, the team won both of their matches and advanced to the state semi-finals in April. Congratulations to the team! 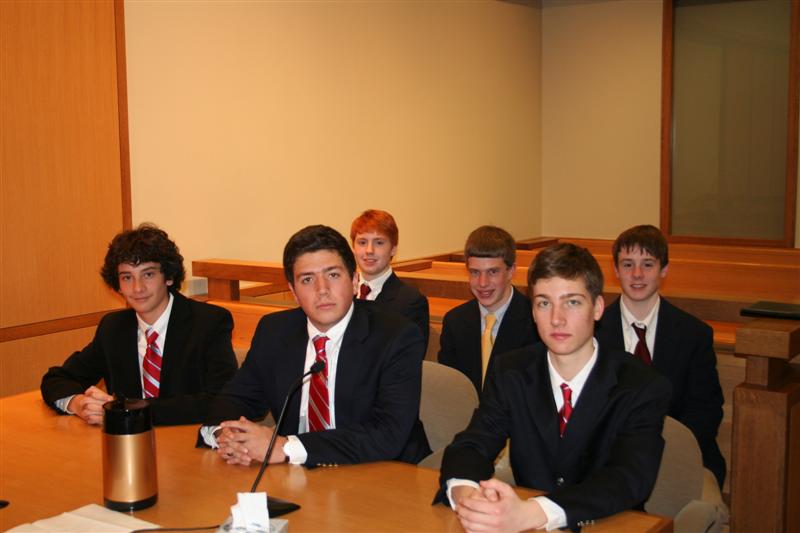