Crew Team advances to New England championship
cadams
May 22 2014 11:57 AM
Share to FacebookShare to TwitterShare to Google+Share to LinkedInShare to PinterestShare to EmailPrint this page 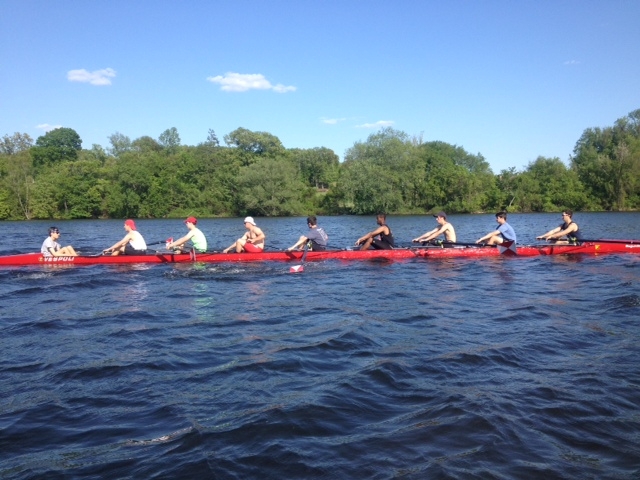 The New England Interscholastic Rowing Association has been in existence almost as long as Fairfield Prep. When the league started in 1947 there were only four schoolboy crews competing in the varsity eight category. This year Fairfield Prep became the 24th school to join this venerable league. We are absolutely thrilled to announce that in our first year Fairfield Prep will contend for the championship in the second varsity eight category. Through their excellent results this spring the second varsity found themselves ranked 11th out of 23 and will race this Saturday against Philips Andover, Tabor Academy, St. John's, Brookline High School and St. Paul's. If the boat places in the top two of this heat they will advance to the grand final on Saturday afternoon. The championship is held every year on the Saturday of Memorial Day weekend in Worcester, MA on Lake Quinsigamond.