Wargo '14 commits to Collegiate Swimming
cadams
May 22 2014 12:37 PM
Share to FacebookShare to TwitterShare to LinkedInShare to PinterestShare to EmailPrint this page 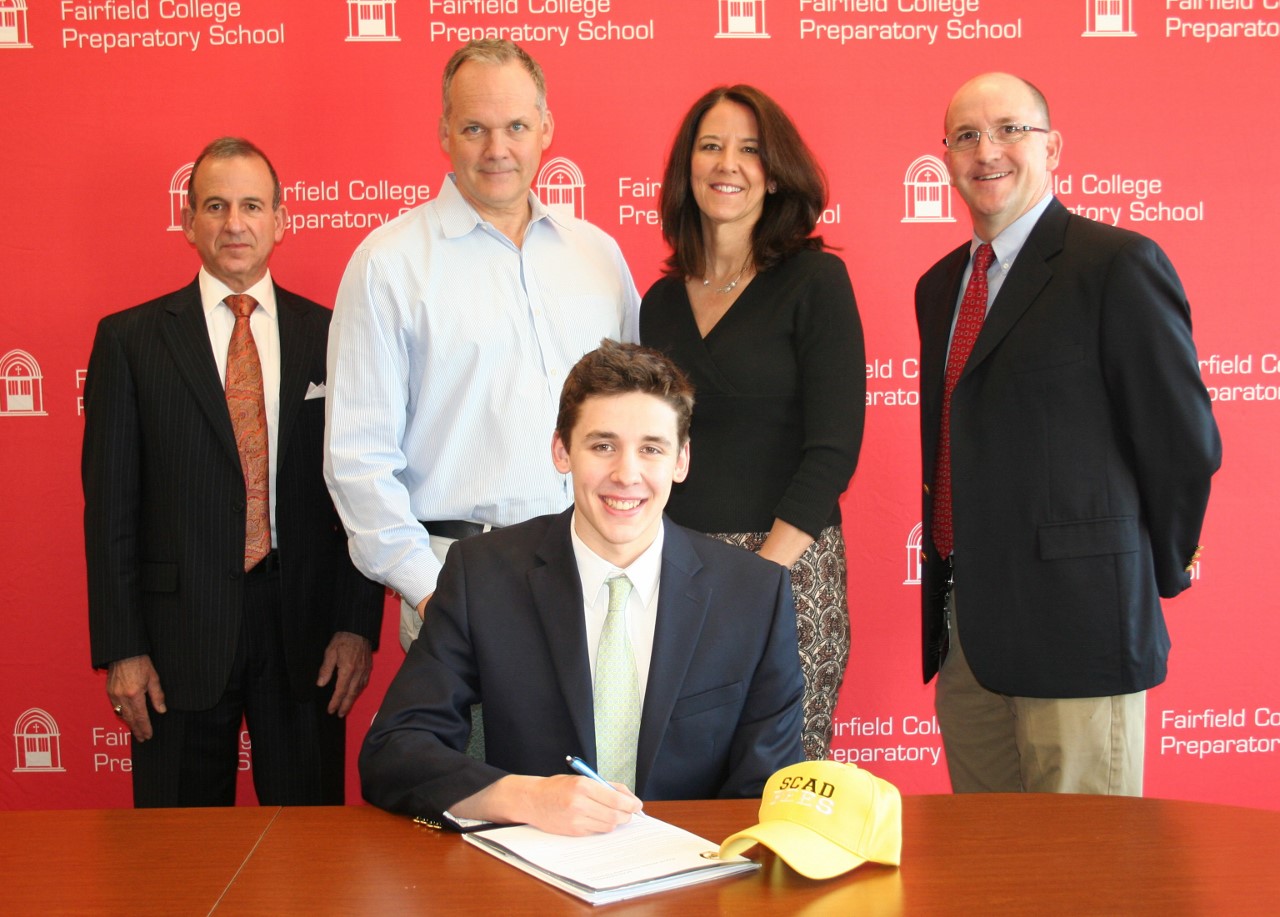 Nick Wargo’s life at Fairfield Prep over the past four years has been full and rewarding. He is a talented and dedicated swimming athlete who graduates as one of Fairfield Prep’s best freestylers in school history. Nick is a two time Class LL State champion in the 200 freestyle and three time All-State selection who, as one of the team’s tri-captains this past season, helped lead the Jesuit Swimming & Diving team to their 10th consecutive SCC title and Runner-Up finishes at the LL and State Open championships. Nick was the lead off swimmer on Prep’s All-American 200 Freestyle Relay which won the State Open title and shattered the CIAC record with a time of 1:23.18. He would also lead off the All-American 400 Freestyle Relay (3:01.08) which currently ranks third in the country. Nick also swims all year long for his USA Swimming club, Zeus, with coaches Omar Cruz and Dennis Flores. He holds several team records, is a NCSA Junior Nationals qualifier and Speedo Super Sectionals Qualifier having podiumed several times at the Sunkissed Championships in NC.

Significantly, on dry land Nick is accomplished as a talented student of film, who has created a number of films and who participated in a summer course in film at Fairfield University. In his senior year, Nick was instrumental in the creation of a film club at Prep and in the direction and editing of a film series highlighting a year long “day in the life” of one of his classmates. Nick has also been active in service both near and far, having participated in mission service trips to New Orleans, Nashville, and the Overland Farm (Massachusetts) hunger relief initiative, as well as assisting locally at the Gillespie Center homeless shelter/Homes with Hope organization, and working annually on the Saugatuck River Clean-up. Nick has utilized his talents well for the benefit of others through his participation in the “Swim Across the Sound” in raising thousands of dollars for cancer patients and their families, for which he received the Maura F. Marden Dream of Life Award. Nick will enter Savannah College of Art and Design in the fall of 2014 where he will bring his film and swimming worlds together as a student of film and competitive swimmer.