Lavery selected to Hall of Fame

Lavery selected to Hall of Fame
cadams
Jun 27 2013 11:47 AM
Share to FacebookShare to TwitterShare to LinkedInShare to PinterestShare to EmailPrint this page 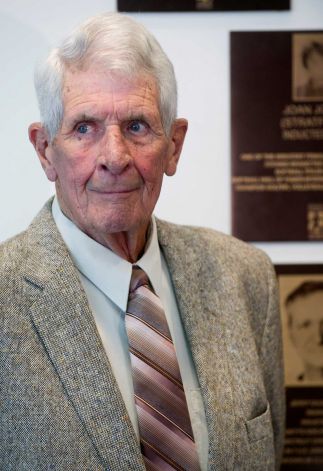 STAMFORD -- Appreciation for a life's work well done is something to strive for. For those involved in athletics, the Hall of Fame is the most likely measuring stick for success.

Six more prominent sports figures from the area received their just accolades as the Fairfield County Sports Hall of Fame unveiled their Class of 2013 inductees Wednesday at their museum wing located at the Stamford UConn campus.

"I'm very honored to be selected," said Lavery currently enjoying retirement and golf in Rhode Island. "To look at the plaques of the inductees already on this wall and to be included in their company is very special indeed."

Lavery never had a losing season in his 24 years (1968-1992) coaching Fairfield Prep football. He retired with a record of 230-54-8 and three state football titles. At the time, his 230 victories were ranked No. 1 among Connecticut state high school football coaches. At present, Lavery's total ranks No. 7.

Lavery marvels at the instant video technology available today as opposed to the 8-millimeter game films sent out for next-day exposure during his tenure. But he feels one part of high school football has remained the same. "It is still about team. Kids can do things together that they can't do individually," said Lavery, who was voted into the CT High School Coaches Hall of Fame in 1991. "Good relationships with the kids remain the key. Success was always a team thing, not just about me."