Trig Star Team wins State Championship
cadams
May 29 2013 10:14 AM
Share to FacebookShare to TwitterShare to LinkedInShare to PinterestShare to EmailPrint this page 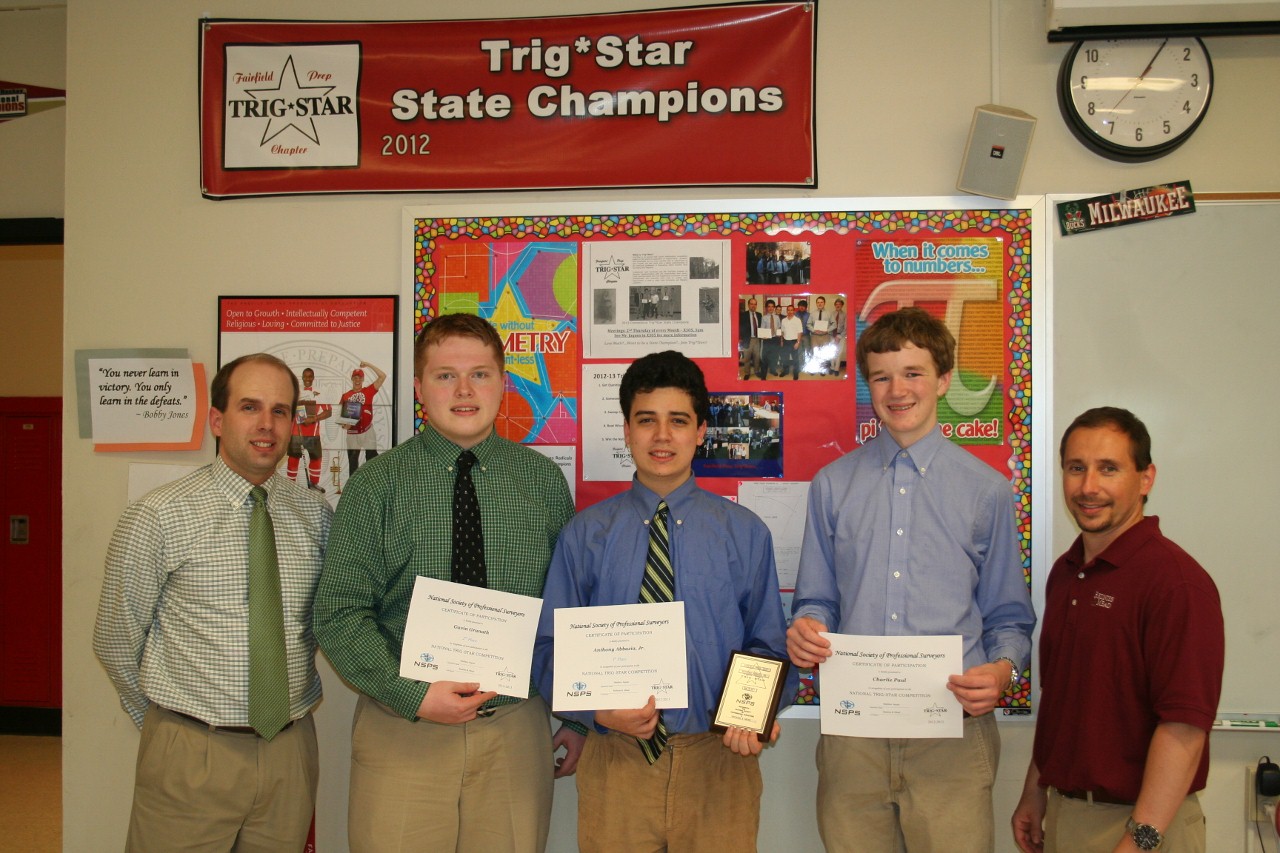 The 2012-13 Fairfield Prep Trig*Star team successfully defended its inaugural State Championship with a clean sweep in the State of Connecticut’s 2013 Trig*Star State Exam. For the second year in a row, Tony Abbazia ’14 took first place overall while Gavin Granath ’15 took second place and Nick Martucci ’13 took third in the statewide Trig*Star competition. Tony will now represent the entire State of Connecticut in the National Trig*Star Exam in June. Congratulations to all the members of the Trig*Star team on their back-to-back State Championships.

The Trig*Star team is moderated by Mr. Matthew Jaques and meets monthly to practice trigonometry problems and prepare for the Trig*Star State Exam. The Trig*Star State Exam is an annual high school mathematics competition based on the practical application of Trigonometry. Students that participate are not only provided with an opportunity to earn awards, but also leave with a better understanding of the technical profession of Geomatics, which includes Land Surveying, Mapping and Planning.

Meetings are open to all Prep students and are held on the second Thursday of every month in Mr. Jaques’ room, X305. Meetings will begin again in the Fall.