Prep Seniors to play College Football
cadams
May 21 2013 12:14 PM
Share to FacebookShare to TwitterShare to LinkedInShare to PinterestShare to EmailPrint this page 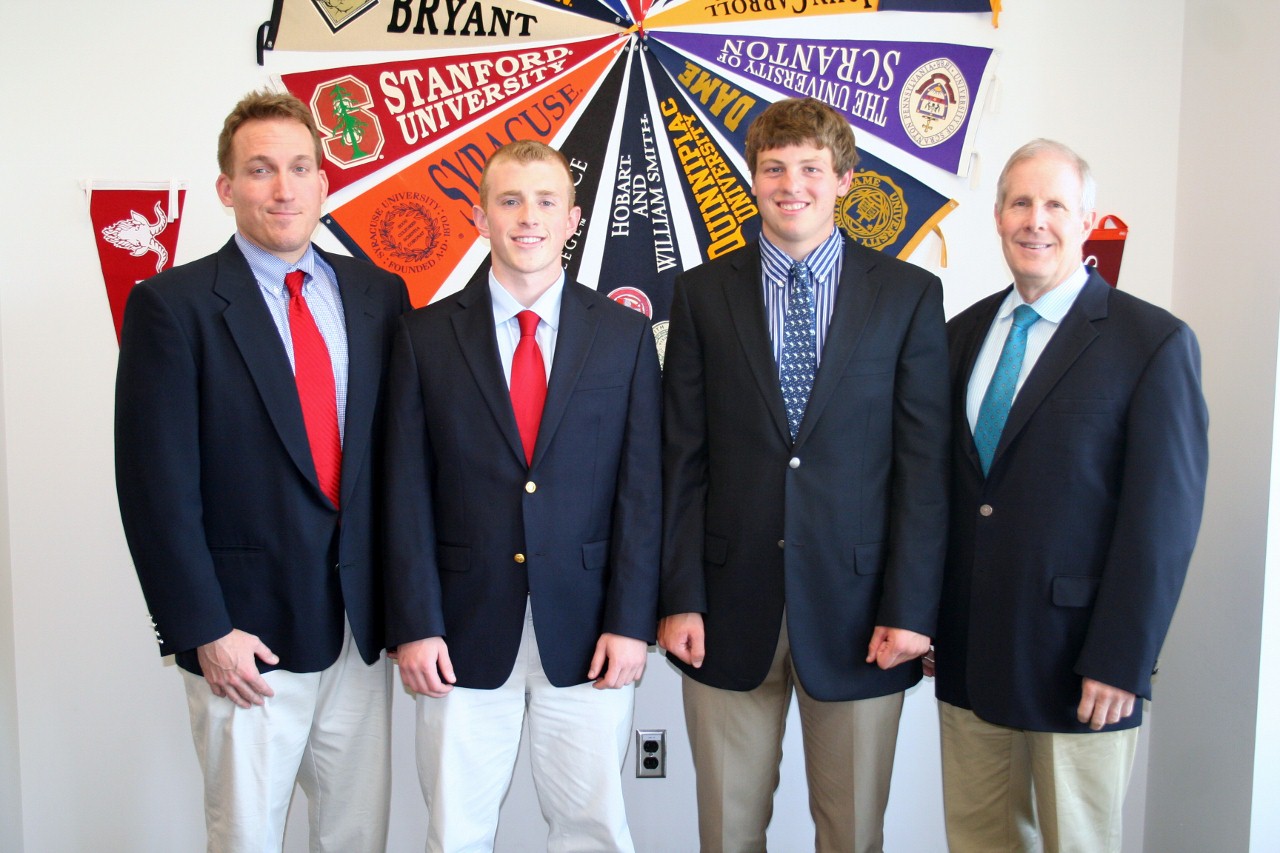 Fairfield Prep seniors Christopher Golger, of Fairfield, and Liam Coyle, of Trumbull, have announced their plans to play college football next year. Golger will attend and play at Tufts University in Medford, MA and Coyle will attend and play at Rhodes College in Memphis, TN. Golger is the son of Kevin and Peggie Golger and played fullback and linebacker for the Jesuits. He will compete against his brother Brian, Prep Class of 2011, who is a junior defensive end for Bowdoin College. Liam is the son of Patrick and Tamara Coyle. He played linebacker and was responsible for scoring kicks and kick-offs for Prep. He will be a kicker at Rhodes.

Colin Morris '12, a resident of Stratford, played as a defensive back for Prep during the 2011 season. He has completed a year of post-graduate study and has announced he will attend and play football at Union College in Schenectady, NY.