Giannini '13 is Gates Millennium Scholar
cadams
May 15 2013 3:09 PM
Share to FacebookShare to TwitterShare to LinkedInShare to PinterestShare to EmailPrint this page 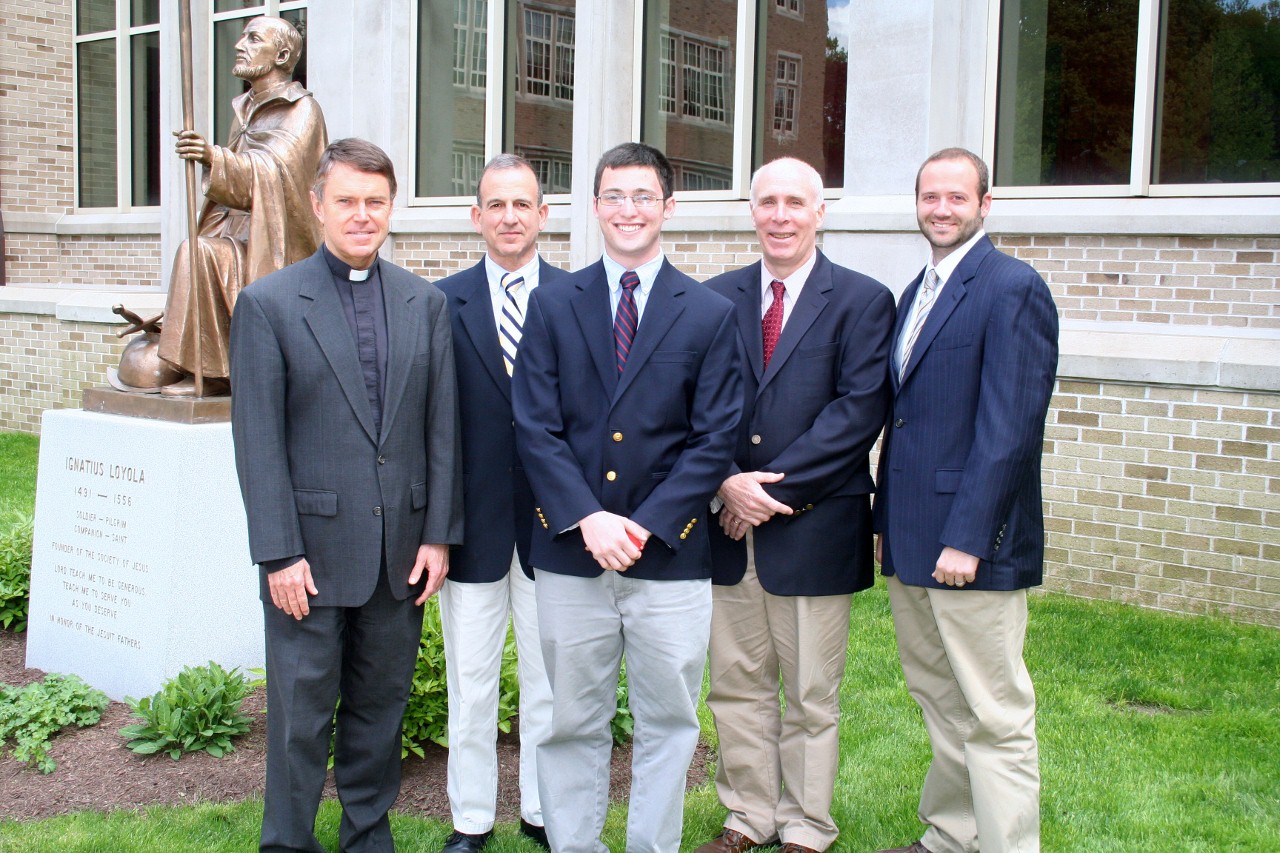 For his leadership, community service and academic achievement, Mark H. Giannini ‘13 has been chosen as a Gates Millennium Scholar for 2013. The Gates Millennium Scholars Program is the nation’s largest minority scholarship program and is funded by a $1.6 billion grant from the Bill & Melinda Gates Foundation. From the largest and most competitive group of candidates in the program’s history, Mark was one of 1,000 chosen from a nationwide pool of 54,000 applicants. GMS scholarships are awarded to undergraduate students of diversity across the country who demonstrate academic excellence and strong leadership skills. Scholarships assist students in meeting the cost of attendance at the college or university of their choice. GMS scholars who choose to pursue graduate studies in the areas of computer science, education, engineering, library science, mathematics, public health and science are eligible to receive continued funding. The program also provides leadership development opportunities to ensure that scholars graduate prepared to become strong leaders in their professions and in their communities. Mark plans to attend the University of Notre Dame and pursue studies in applied mathematics and chemistry.

Mark has explored his talents and interests through academics, service, campus ministry and by his involvement in a number and variety of clubs and organizations. He has been involved in Prep's Kairos program, Campus Ministry Student Board, Debate Society and Political Awareness Club. Mark has embraced diversity at Prep by his involvement in the SEED program (Students for Educational Excellence through Diversity). Academically he achieves with the best in his class while taking on the strongest course of studies offered and has shared his academic success through involvement in the Peer Tutor program. Mark has also shared his energies in building the Prep community by his commitment to the Cardinal Key Society. His involvement in service goes beyond the Prep campus as Mark has both experienced "Urban Plunge" and served as a leader of the urban immersion service program. Stepping outside the region, Mark traveled to Tierra Blanca, El Salvador, to participate in Prep’s service mission there. Mark understands the life changing potential of being selected as a Gates Millennium Scholar, and looks forward to exercising his leadership and continuing his journey of growth at the University of Notre Dame. Mark is the son of Mark and Valerie Giannini of Monroe.