Cruz '14 is Prince of Barnum Festival

Cruz '14 is Prince of Barnum Festival
cadams
May 7 2013 2:17 PM
Share to FacebookShare to TwitterShare to LinkedInShare to PinterestShare to EmailPrint this page 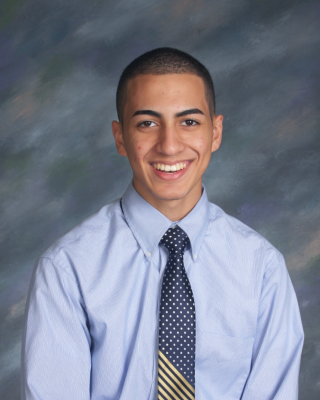 Sergio Cruz ’14 has been named Prince for the 2013 Barnum Festival. The process for Sergio being nominated as a candidate required him to be in the upper 5% of his class. Sergio submitted a nomination form along with a resume of his activities and accomplishments. He went through a formal interview process where he met with four judges from the Bridgeport community. The interviews took place at Bridgeport Hospital (the sponsor of this event). Each candidate had a short interview where he or she was asked a variety of questions. The next event was an indoor social where all the candidates gathered together for food and dancing. At this event the candidates were judged on their social skills, how they interacted with one another, etc.

As a member of the royal family Sergio is expected to attend all Barnum Festival events. They begin with a luncheon where the Ringmaster is presented with the Whip, Whistle and Watch (symbols of the Ringmaster). This is a business fundraiser where members of the Royal Family will be awarded scholarships. There are several events that will take place through the month of May and end in June with the Great Street Parade. An example of some of the events include a senior dance held at Captain's Cove, the Ringmaster’s Ball, the Wing Ding parade at Beardsley Zoo, and the road show where the entire royal family along with a large group of volunteers takes the Barnum Festival to area nursing homes.