The curriculum of the Social Studies Department has been designed to provide required and elective courses the prepare students for the challenge of college. The goal is to encourage students to become active citizens with a knowledge oftheir own cultural heritage, as well as a respect for other cultures.

Today the United States ranks as the most influential nation in the world. For many years, the ideals of the American Revolution inspired imitators in the lands far removed from North America. The spirit of American enterprise and the ingenious nature of her technology have been imitated everywhere. But admiration and envy are mixed with hatred and scorn. Many people in developing nations believe that the United States has turned its back on the great revolutionary tradition in which it was born. Instead of trying to pack the course with factual information, the teachers of American History have chosen to select vital elements of the American tradition and to explore them in depth.
American Studies is an interdisciplinary program consisting of paired American History and American Literature classes. In this course, students examine the nation’s history and culture through literature, primary and secondary historical documents, art, music, and politics. Starting with the pre-Columbian era and ending in the 20th century, students work chronologically and thematically through American fiction and non-fiction texts in an effort to understand the evolution of the United States as a nation, as well as the evolution of the American character and literary tradition. The course prepares students to read and write about a wide range of texts over the span of several centuries -- texts like Puritan sermons and poetry, captivity narratives, the Declaration of Independence, the essays of Thoreau and Emerson, Adventures of Huckleberry Finn, The Great Gatsby, famous speeches, and 20th century plays. In addition to their work for each class, students complete at least one interdisciplinary project each quarter that synthesizes the ideas of literary and historical texts, important historical events, and the music and/or art of a given era. The course places great emphasis on the development of critical thinking skills, especially the ability for students to recognize and grapple with enduring values, conflicts, and tensions in American life, and to develop their own essential questions about them. Student-generated essential questions serve as the starting point for their formal and informal writing, including their quarterly interdisciplinary projects. Another central component of the course is its commitment to guiding students through the writing process, which includes the creation of questions and topics, drafting, conferencing and revision.

Placement is based on G.P.A. and grades Social Studies courses.

AP Psychology is an introductory college-level psychology course. Students cultivate their understanding of the systematic and scientific study of human behavior and mental processes through inquiry-based investigations as they explore concepts like the biological bases of behavior, sensation and perception, learning and cognition, motivation, developmental psychology, testing and individual differences, treatment of abnormal behavior, and social psychology.

This course will provide authentic and meaningful experiences for students to learn the process of how to bring their original business ideas to fruition. During this course, students will review principles of business (accounting and marketing; learn how to identify an opportunity, evaluate an idea and assess the market, appreciate the risks and rewards of entrepreneurship, develop experiments to validate your idea and refine your business strategy, discover the key financial decisions any entrepreneur must make in the early stages of a new venture, understand the process of raising capital and how to speak to investors, and learn from successful entrepreneurs and leading venture capitalists, as well as peers. Students will be encouraged to generate their own, original business ideas to develop in this class. Authentic experiences will include real-time presentations to experienced investors drawn from the ranks of successful Prep alumni, and open, shark-tank like competitions such as the Start-up program sponsored by Fairfield University, where students can compete for funding grants ranging into the tens of thousands of dollars.

AP European History is a survey of European History from “The Late Middle Ages to the Dawn of the 21st Century,” and will fulfill the History requirement for the students who have taken Asian Humanities Honors. This course will explore not only the political aspects of Europe’s history, but also the important intellectual, cultural, and economic developments over the last 700 years. Special attention will be devoted to the important conflicts, borrowing of culture and economic interaction between Europe and Asia from the Renaissance to the present. Through lecture, student projects, primary documents, class discussion and exposure to artistic works, students will be provided with the background necessary to understand the important social, cultural and intellectual movements during this period.

Department approval required.
This course will focus on the various theories of economic development, i.e., Keynesian, Monetarist, supply side, etc. Students will explore the various forces in economics and how they interact with each other. They will study how the manipulation of these forces can affect the national economy and how that national economy interacts with the international economy creating a world economy. Finally, the course will explore how the economic forces affect those decisions a company must make to determine how it should develop and how it handles its financial resources.

There is no prerequisite for this course. It is a full year course.
This course will serve as introduction to the science of society, with an emphasis on modern America. Sociologists study how various social forces and institutions, such as religion, politics, technology and education mold our views about our world and our place in it. Topics for study will include sociological theory, socialization, deviance, stratification, power, and change.

Over the last two centuries the countries of south and east Asia have undergone significant change and considerable turmoil. Imperial dynasties have fallen and traditional cultures have been subjected to foreign domination and radical ideologies. War and conflict have become the norm rather than the exception to it.

This course will investigate the main forces which have affected Asia in the modern era. Special attention will be devoted to major international conflicts including the Opium wars, World War II, and the clashes in Korea, Vietnam, and other Asian "hot spots."

In addition, the rise of Asian nationalism and communism will be closely examined, as well as the resultant tragedies such as the "killing fields" of Cambodia and failed insurrectionist movements in Indonesia and the Philippines. Finally, recent historical developments will be analyzed including the rise of Japan as an economic power, the pro-democracy movement in China, Burma, and other Asian countries. 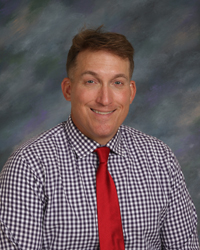 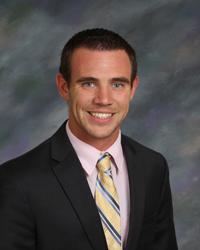 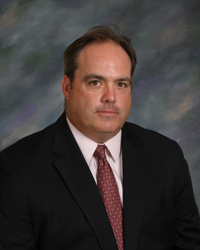 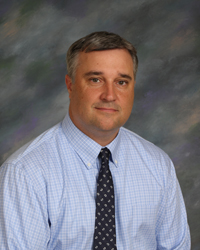 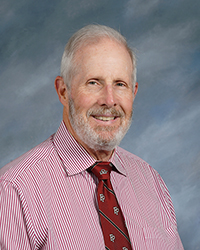 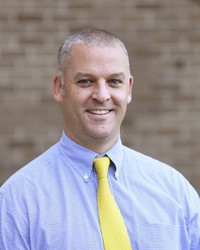